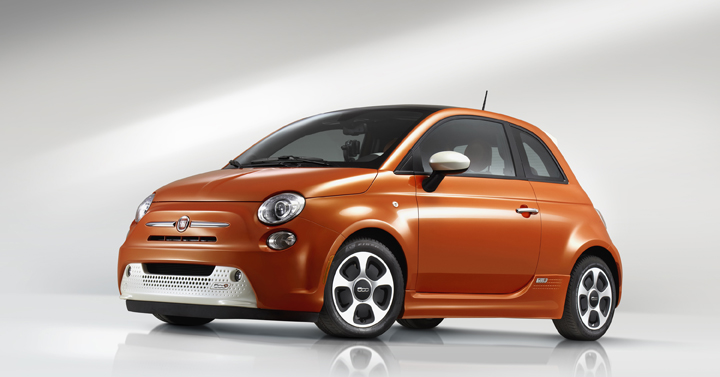 The only obvious differences in appearance between the Fiat 500 and the 500e, shown, are the unique wheels and white lower grille with 500e logo.

Despite being an electric car, the Fiat 500e looks very much like the conventional Fiat 500 upon which it is based. Your average citizen will likely never guess it runs on electricity instead of gasoline. 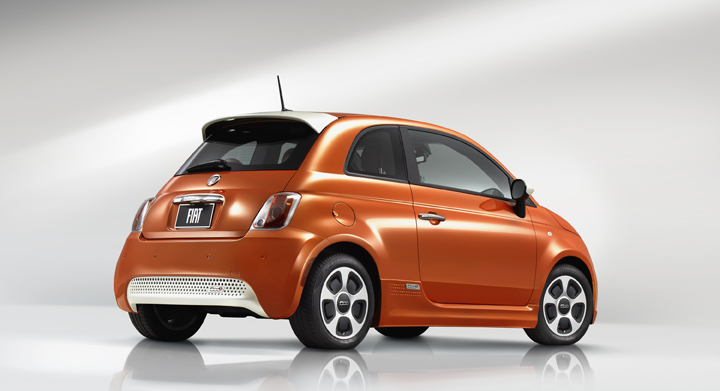 The rear-window spoiler and white lower bumper valance with Fiat 500e logo are the only clues that this is not a conventional model. 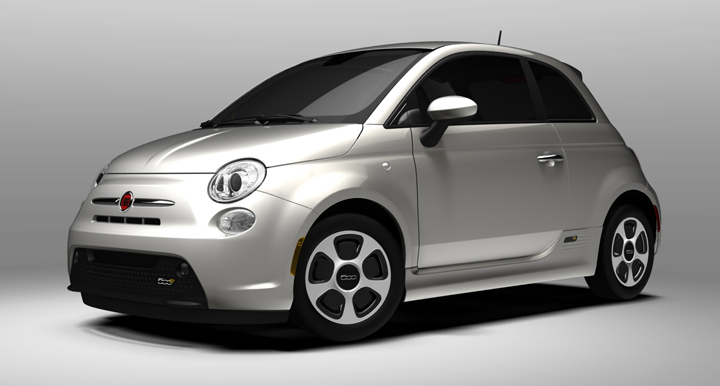 For drivers who want to be more incognito, the Fiat 500e comes in a few different colors, such as white, black, silver, and dark gray. 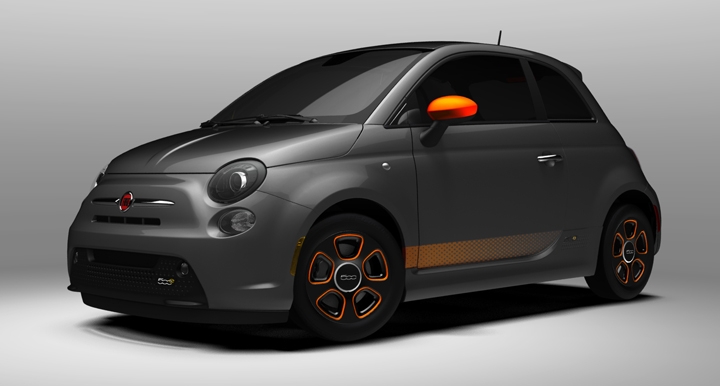 There are several available accent-color pieces that ad visual interest, helping the 500e stand out. 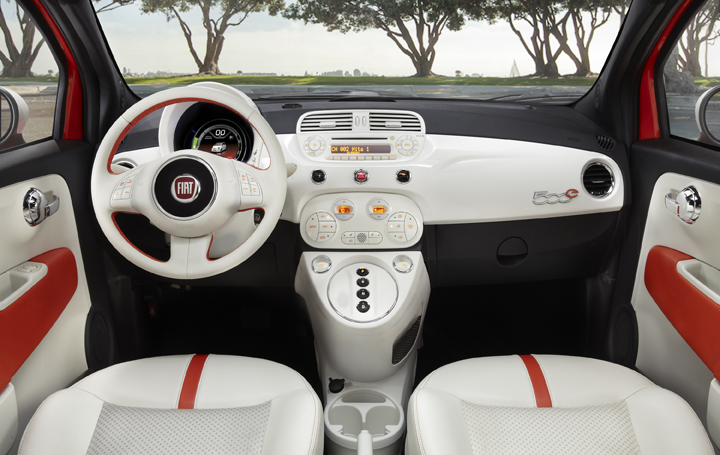 The interior is available in white (called Steam) and black (named Nero). 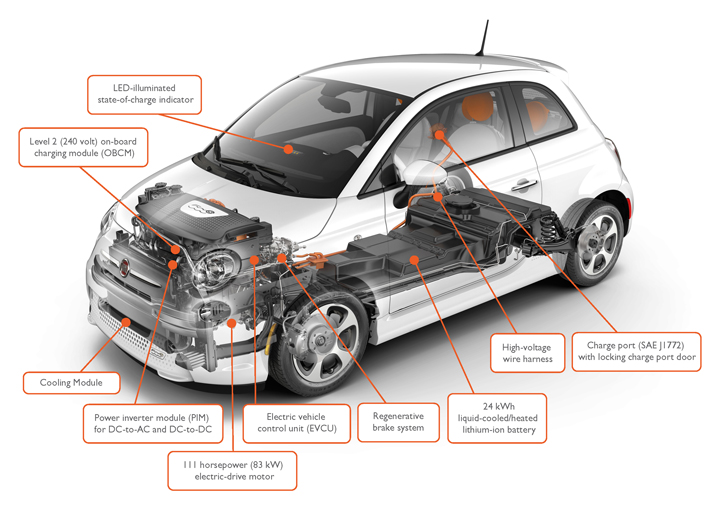 The battery pack is located under the floor. The electric motor, inverter, and other power electronics are housed in the engine bay. When charging, a panel of LEDs on top of the dashboard indicates the car’s state of charge.