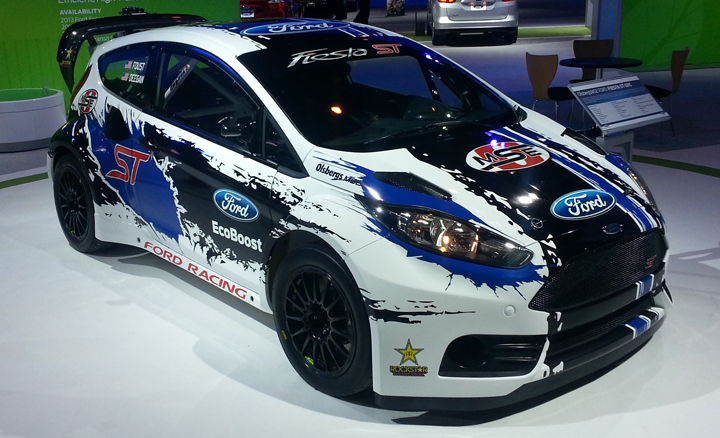 Ford Motor Company is showing off its commitment to high-performance compact and subcompact cars by displaying a new Fiesta ST RallyCross race car and the Focus TrackSTer, a one-off custom Focus ST, during the press days of the 2013 Chicago Auto Show.

Fiesta ST RallyCross car
Constructed by Swedish rally-car company OlsbergsMSE, the 2014 Fiesta ST RallyCross car is a purpose-built racing machine that puts out well over 500 horsepower. Ford is pumping up its presence in the Global RallyCross Championship series and in X Games competition, and the Fiesta ST will be competing in a full schedule of these events in 2013. Ford is also continuing its relationship with highly marketable drivers Tanner Foust (a two-time GRC champion), Brian Deegan, and Ken Block, all of whom will pilot Fiesta STs for the 2013 GRC season.

Focus TrackSTer
Built to show off the aftermarket performance potential of Ford’s high-performance compact “hot hatch,” the Focus TrackSTer is the product of a collaboration between Ford Racing, Ken Block, and Los Angeles-based automotive tuner fifteen52. It’s a 2013 Ford Focus ST that’s been thoroughly hot-rodded with plenty of Ford Racing performance parts, along with components from Mountune and StopTech.

CG Says: Ford is looking to establish the performance credentials of the recently introduced 2013 Focus ST and its soon-to-arrive little brother, the 2014 Fiesta ST. A strong presence in an appropriate motorsports series, sponsoring three of the hottest professional drivers on the scene today, and a tricked-out, competition-inspired custom car are good ways to accomplish that goal.

If you want to get behind the wheel of something like the Fiesta ST RallyCross car, you’ll need a racing license. If you want to drive something like the Focus TrackSTer, you’ll need to get a Focus ST, find a top-flight tuning shop, and open your checkbook. Anyway, all of this makes us anxious to see how the factory-stock Fiesta ST will stack up against competitors such as the Fiat 500 Abarth and Mini Cooper S. 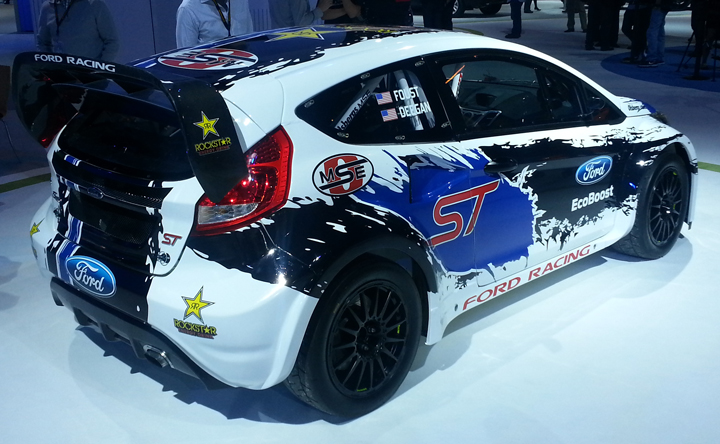 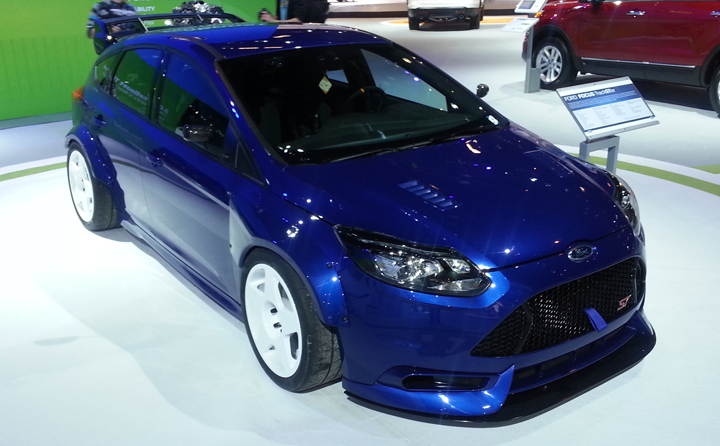 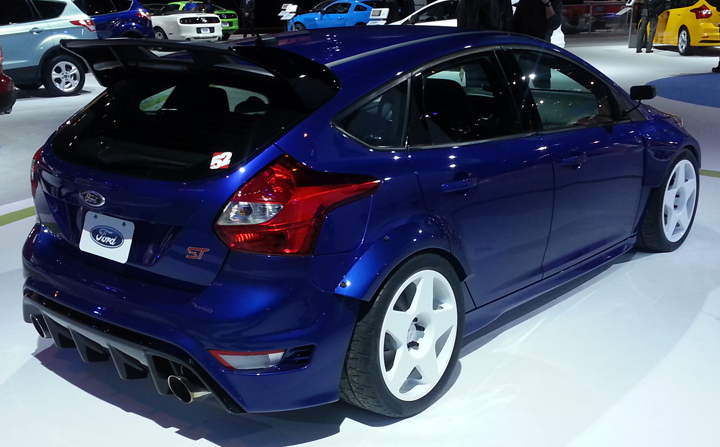