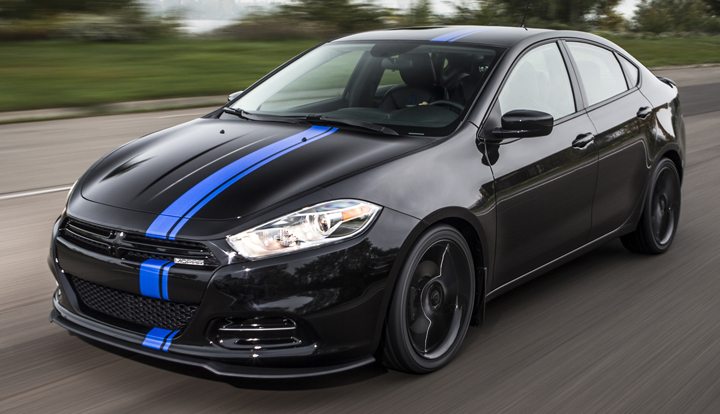 At the 2013 Chicago Auto Show, Chrysler Group displayed its fourth Mopar Edition. This year, Mopar goes after the tuner crowd with a lowered, customized version of the compact Dodge Dart.

Previous Mopar Editions were large cars aimed at an older audience. The first Mopar Edition was Challenger based, which was followed by the Dodge Charger-based Mopar ’11. Last year’s Mopar ’12 was built on the Chrysler 300.

Mopar, which is a contraction of “MOtor PARts,” dates back to 1937. That year, the label was introduced as the brand name for factory-authorized parts and accessories for vehicles built by Chrysler Corporation (now Chrysler Group LLC). Mopar has long been a slang term for the corporation’s cars—particularly performance cars.

As is typical for most special editions, the Mopar Edition is more about form than function. The Mopar ’13 Dart has a distinctive black monochromatic look highlighted by blue stripes. It also has a ground-effects kit, which includes a front-chin spoiler, rear spoiler, and rear diffuser. The exterior’s black-with-blue-accents theme carries over to the interior. All seats are black leather with blue accents except the driver’s seat, which is bright blue.

However, there are also functional changes that set the Mopar Edition apart from other Darts. These include lowered sport suspension, revised steering calibration, and upgraded brakes. The engine is the same 1.4-liter turbocharged 4-cylinder that is already available for most Dart models. Although the official horsepower rating doesn’t change, the Mopar performance exhaust system might wring out a few more horses than the standard 160. Mopar’s wireless charging for smartphones is said to be an industry first.

Production will be limited to 500. Each car includes a black case containing memorabilia and a personalized plate that lists vehicle specifications, the date of manufacture, and the identification number (of 500) of the car.

The Mopar ’13 Dart not only has distinctive looks, but with production limited to 500, Mopar drivers won’t often meet each other on the street.

A good alternative to the Mopar ’13 Dart is the Dart GT. The GT will have more power from a 180-horsepower 2.4-liter 4-cylinder engine. GT has leather upholstery, sport suspension, and 18-inch wheels. The GT, which starts at around $21,000, will soon be in dealer showrooms. Prices have not yet been released on the Mopar ’13, but expect it to be thousands more than the GT. 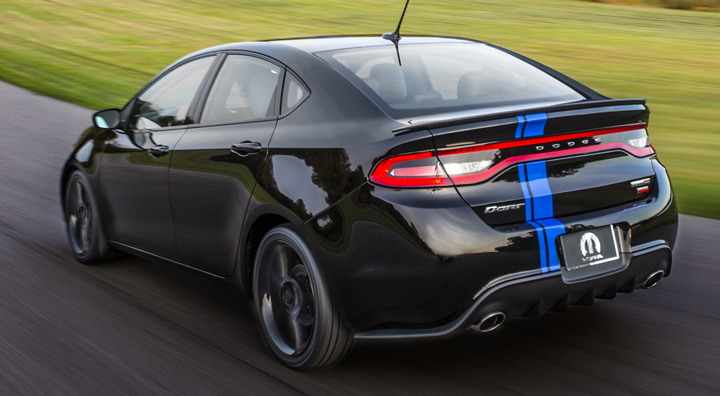 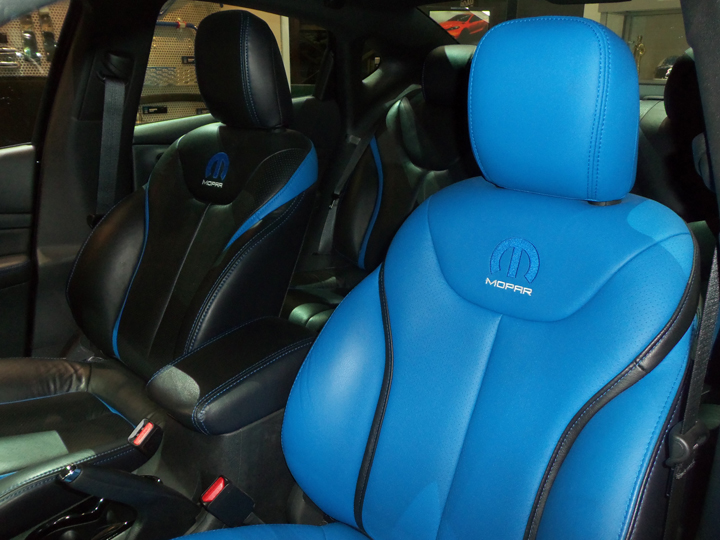