The word star carries some weight. Being a star is usually a good thing. Plus, there’s the baseball All-Star Game and the once-beloved Lockheed L1011 “Tristar.” And, of course, Gene Roddenberry and George Lucas put some polish on the word.

In the car world, there’re the Automobile Magazine All-Stars, the Chrysler Pentastar, and the vaunted Mercedes-Benz Tri-Star logo and hood ornament.

And while there isn’t any sort of central committee monitoring usage of the word star, perhaps there should be. I call your attention to three underachieving vehicles (really just two) that were shamelessly foisted on the American public while brandishing the promising star moniker. All were Fords.

Behold the Aerostar, Windstar, and Freestar. Each vehicle represented a desperate and half-hearted attempt to capture the minivan magic conjured by Chrysler’s original new-age people movers, the wildly popular Dodge Caravan and Plymouth Voyager—and later the Grand Caravan and Chrysler Town & Country. Despite repeated use of the word, these Ford vans were not stars of any stripe.

1986-1997 Aerostar
A day late and a dollar short, the Aerostar arrived in Ford stores two years after the Caravan and Voyager did. It looked as if it had been cobbled together quickly from pickup-truck parts—which, in fact, it was. In hurried response to the Chrysler vans, which were selling like iced Zinfandel at a Yanni concert, Ford rushed the Aerostar into production as quickly as possible using readily available chassis and drivetrain bits from the Ranger compact pickup. The bad news was that the Aerostar sat awkwardly high and suffered from a too-snug cabin. The Ranger’s rear-drive architecture did lend one selling feature to the ’Star that the competition couldn’t match: available all-wheel drive.

1995-2003 Windstar
It took Ford all of a decade to match the Chrysler vans’ front-drive layout and cabin space. Sadly, despite the clean-sheet approach, the Windstar never caught on with the buying public. Here at Consumer Guide, we kvetched that this ’Star was noisy on the highway, was thirsty for the class, and suffered from a too-complicated control layout. Note that for a couple of years, Ford shoppers could choose to go with either the Windstar or the (horribly dated) Aerostar. 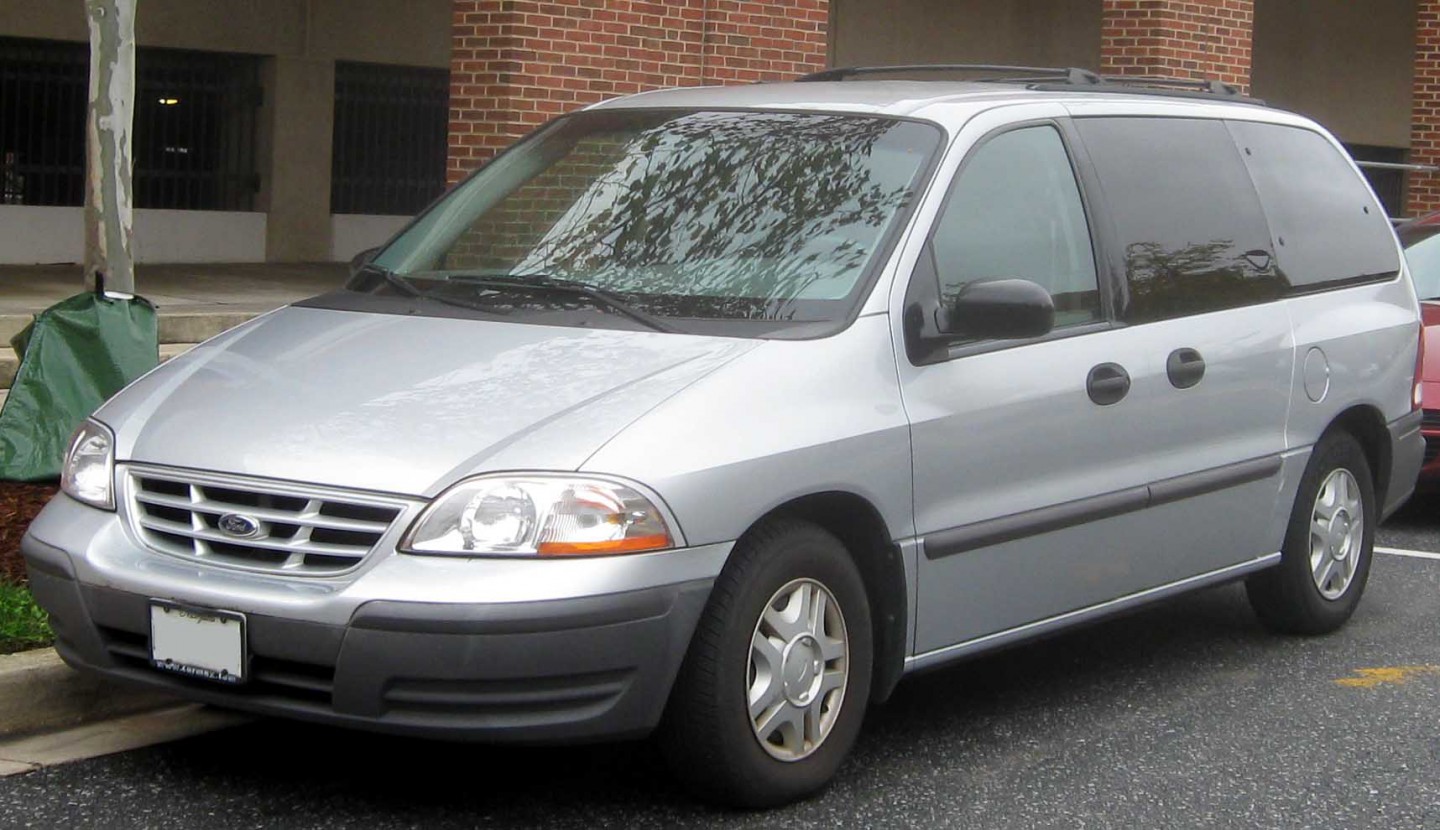 2004-2007 Freestar
This actually happened: Sometime around mid-decade, someone at Ford decided that all Fords should bear model names that begin with the letter F. Really. And while we’re cool with names like Fusion and Five Hundred, we’re guessing no one ever really kept the Freestar and Freestyle straight. For the record, the Freestar was a minivan; the Freestyle was a Five Hundred wagon parading, vaguely, as a crossover. Also for the record, the Freestar was pretty lame, while the Freestyle, though a sales dud, was actually a really nice car. 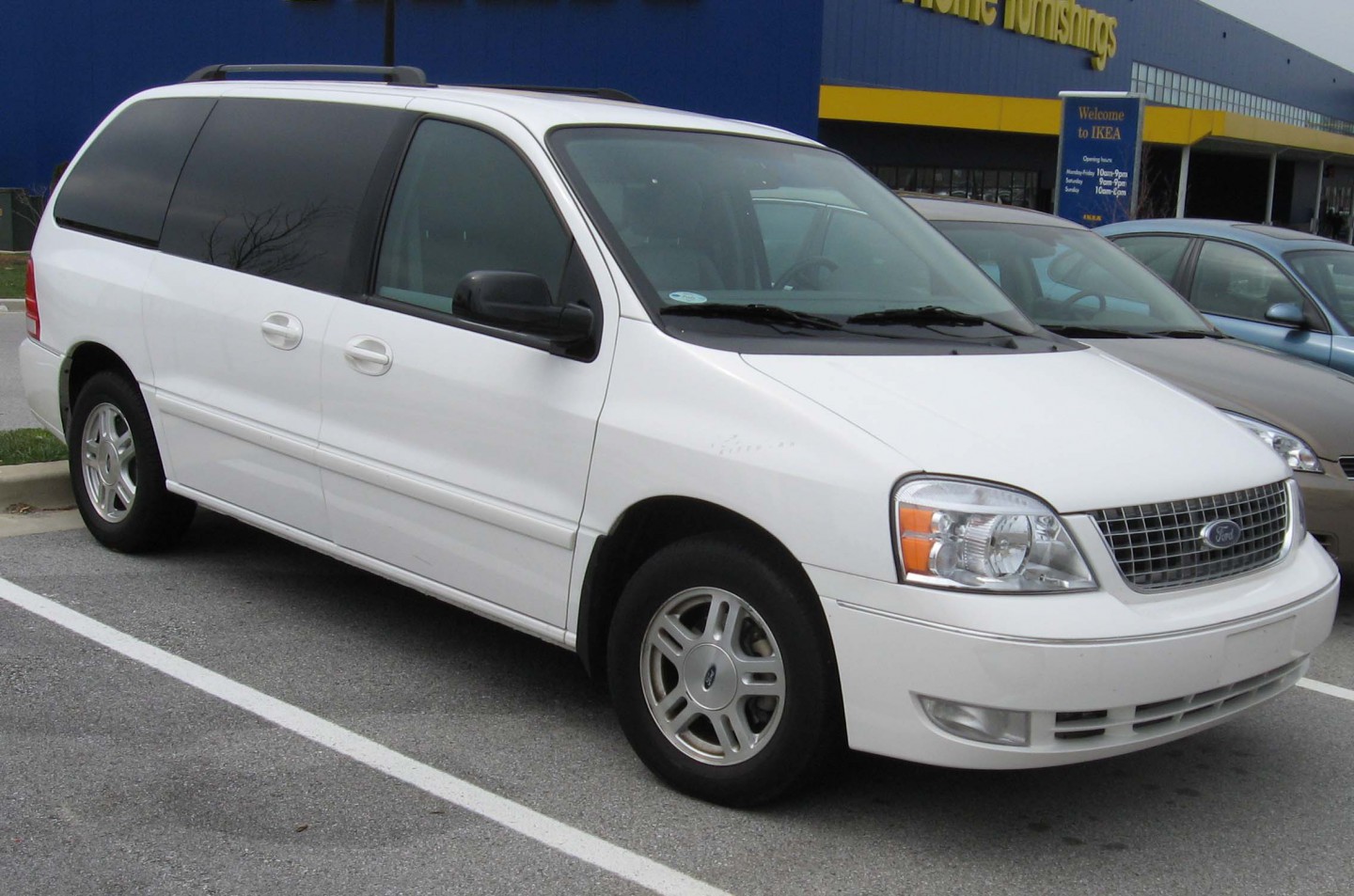