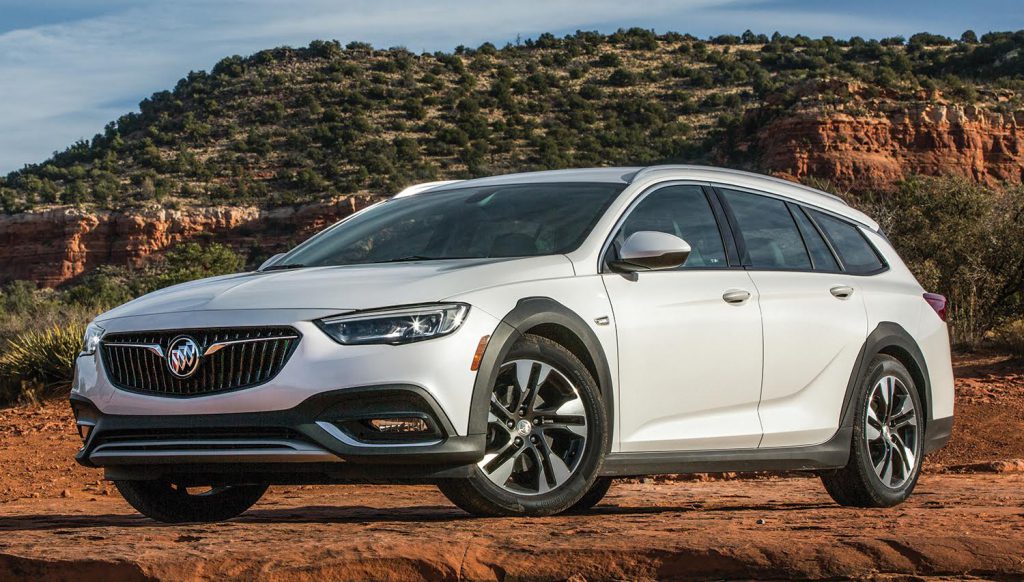 Note: The following story was excerpted from the June 2021 issue of Collectible Automobile magazine.

It’s a cliché to say it’s the end of an era, and it’s still difficult to believe, but Buick is technically out of the car business. That’s right; every 2021-model Buick in the U.S. market is a crossover SUV. Perhaps more surprising, the last Buick cars weren’t the marque’s famously all-American four-door sedans. Rather they were the 2020 Regal Sportback and Regal TourX wagon.

These midsized Regals made their debuts as 2018 models, and like the previous Regal were nearly carbon copies of the European-bred Opel Insignia. Most previous-generation Regals were assembled by General Motors in Canada, but the 2018-20 models were all built by Opel in Germany. You remember Opel: the foundation of GM’s Germany-based European operations until a late-2017 sale to France’s PSA, makers of Peugeot and Citroën.

This Regal lineup was fairly complicated. The Sportback was a sleek four-door hatchback. For 2020 it came in base, Preferred, Essence, and classy Avenir trim. There was also a performance-flavored Regal Sportback GS that included subtly racier exterior appearance, a flat-bottomed steering wheel, front sport seats, adaptive sport-tuned suspension, and Brembo-brand brakes.

Most Regal Sportbacks were front-wheel drive, and the standard powertrain mated a gutsy 250-hp 2.0-liter turbocharged four with an 8-speed automatic. Essence was the lone trim level offered with a choice of front- or all-wheel drive. The GS exclusively ran a naturally aspirated 310-horsepower 3.6-liter V6, nine-speed automatic, and all-wheel drive. Sportback base prices started at $26,295 and topped out at $39,995 for the GS.

TourX was an off-road-flavored four-door station wagon sold in base, Preferred, and Essence models. Compared to Sportback, TourX rode higher and added some SUV-inspired trim around the lower part of the body. TourX Regals came standard with all-wheel drive, along with the turbo 2.0-liter and eight-speed automatic. Sticker prices ranged from $30,295 to $35,995.

Both Regals ran a 111.4-inch wheelbase. Sportback cast a shadow 192.9 inches long, while TourX stretched to 196.3 inches. Sportback’s hatch opened to a wagon-like 31.5 cubic feet of cargo room behind the rear seat. The back seat was offered in 60/40- and 40/20/40-split versions, and when either setup was folded flat, cargo space expanded to 60.7 cubic feet. For comparison, the prior-generation Regal sedan’s trunk offered 14.2 cubic feet of space. As you’d expect from a wagon, TourX was even roomier, with respective capacities of 32.7 and 73.5 cubic feet.

Depending on who you read, 2020 calendar-year sales of all Regals came to either 2484 (Automotive News) or 2493 (goodcarbadcar.net). Figure on a few more for the total model year.

Regal styling was surprisingly handsome, and these were nicely equipped, largely well-finished automobiles. But these Buicks simply didn’t sell, and your eagle-eyed scribe can count on his fingers how many he’s spotted in suburban-Chicago traffic. The enthusiast’s choice will almost certainly be the Sportback GS, but the all-wheel-drive TourX wagon is a stylish alternative to the very popular Subaru Outback.