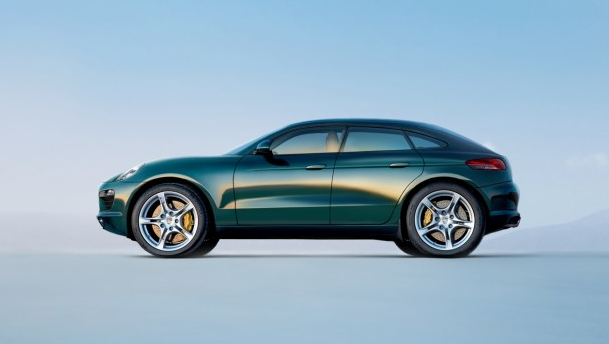 Hard on the heels of confirming its Macan premium-compact SUV—the long-rumored “Cajun” companion to the large Cayenne—Porsche is reportedly eyeing a “Pajun,” a junior running mate for its Panamera premium-large sedan. According to Germany’s Auto Bild magazine, the still-to-be-named newcomer will be introduced no later than 2017. Depending on how you count Porsche model lines, it would be the brand’s seventh or eighth after the Macan, Cayenne, and Panamera, the iconic rear-engine 911 sports cars, mid-engine Boxster and Cayman sports cars, and the upcoming 918 Spyder high-performance hybrid sports car.

Auto Bild says the Pajun will target the Mercedes-Benz E-Class sedan, so it would presumably rival the premium-midsize Audi A6, BMW 5-Series, and Lexus GS, too. However, trade weekly Automotive News reported that the project was still pending as of early May, citing a quote to Reuters from a Porsche spokesperson. Even so, as AN observes, Porsche CEO Matthias Mueller wants to double the brand’s global sales to some 200,000 per year by 2018. And though the Macan will go a long way toward realizing that goal, a midsize sedan would surely be another profit-making add for the fast-expanding Porsche family, given the volume generated by the above-named competitors.

With that in mind, we believe the Pajun will be green-lighted, not least because Porsche can make a sound business case for it with the powers-that-be at parent Volkswagen Group. For starters, it could employ the new corporate MLB “modular matrix” architecture that will host the Macan and already supports the latest A6 at sister division Audi, thus saving billions in upfront development costs. In addition, MLB is engineered for front-mount longitudinal engines and rear- and all-wheel drive, and VW Group has several such powertrains that would be not only easy bolt-ins but amenable to Porsche’s usual massaging. Looking at those available and rumored, we’d guess the Pajun will be offered with a supercharged 3.0-liter V6, a 4.0-liter V8, and a twin-turbo 4.0 V8, all sourced from Audi, plus a V6-based hybrid option like that listed for the current Panamera. Alternatively, Porsche could downsize its own 4.8-liter V8 in light of the Pajun’s reduced weight so as to minimize fuel consumption and emissions without compromising acceleration. Transmissions would likely involve a conventional 8-speed automatic and/or Porsche’s own 7-speed PDK dual-clutch automated manual.

Regardless of final engine choices, it’s safe to assume that the 2017 Porsche Pajun will feature efficiency-enhancers like an engine idle-stop system; regenerative braking (a.k.a. “energy recovery system”); on-demand operation for alternator, A/C compressor, etc.; and a “sailing” function that momentarily decouples the engine and transmission for low-friction highway-speed coasting. Like big brother Panamera, the Pajun will boast class-obligatory chassis features like 4-wheel independent suspension, all-around ABS disc brakes, and stability system with traction control. As on the latest 911s, a rear-wheel torque-vectoring function will be available, if not standard.

One caveat in all this comes from Automobile magazine’s Georg Kacher, who reports that the Pajun will actually employ a new Porsche-designed architecture called MSB that can accommodate front, midships, and even rear-mounted engines. Kacher says the Pajun—and next-generation Panamera—would use the front-engine MSB-F version, which he says is also slated to host the third-generation Bentley Continental Flying Spur line at VW’s ultra-premium British brand. But whether MLB or MSB, you can bet Porsche will add “lightness” as much as possible via aluminum, composites, and other weight-saving materials.

Even more intriguing, Kacher says a mid-engine MSB-M platform will underpin a second new Porsche 4-door that’s expected to launch in late 2015 with a classic twin-turbo flat-six sitting behind the cabin. It’s said to be known internally as project 960 and also “Fefi,” for “Ferrari fighter,” which suggests it could be more compact than midsize. We’ll see.

That’s it for now, but keep checking back with The Daily Drive for more information as it becomes available. Also check Consumer Guide Auto’s main site for in-depth Future Car reports on the 2017 Porsche “Pajun” and other upcoming new cars and trucks.