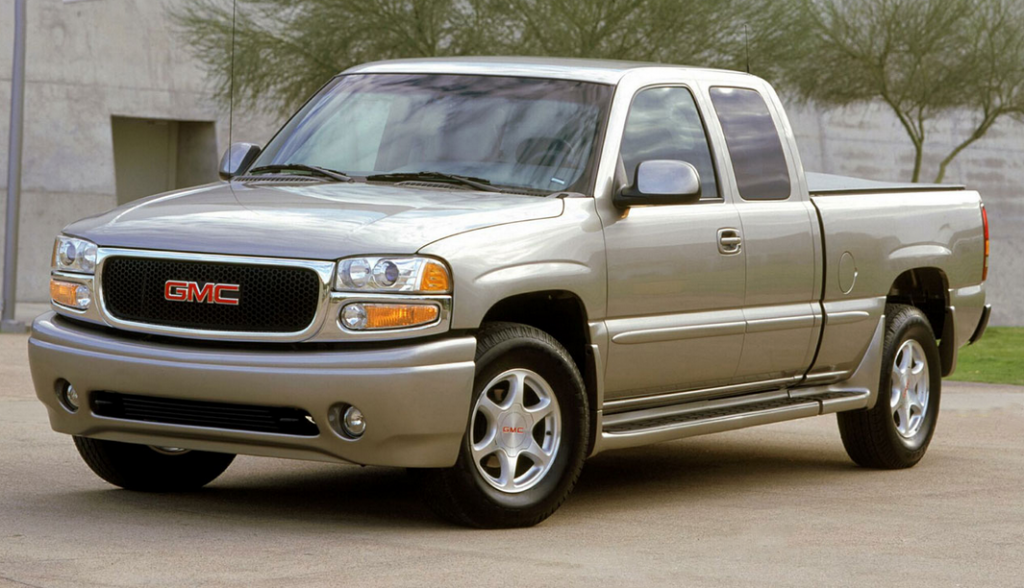 Even if you are only a casual follower of the new-vehicle marketplace, you are likely familiar with GMC’s popular Denali trim level. Denalis are the best-equipped, most luxuriously trimmed trucks in any given GMC vehicle model line. Denali has proven to be a profit center for GMC, with the customer take rate on the pricey trim level running as high as 50 percent on the Yukon/Yukon XL large SUVs.

The Denali trim level debuted on GMC Yukon models for 1998, but didn’t make its way to the Sierra large pickup lineup until 2003.

While many might consider American trucks and SUVs to be vehicles of the people, There’s nothing socialist about the Denali trim level. Available on most of GMC’s lineup, the Denali badge and related trim indicate a top-of-the-line vehicle, built with the brand’s nicest interior materials, unique exterior trim, and often an upgraded powertrain.

So, why mention socialism while discussing vehicles only a capitalist could love? Here’s why: Ask most people who was head of the Soviet Union before Nikita Khrushchev, and they will most likely say “Stalin,” if they have a guess at all.

Forgotten by all but Russian historians and the approximately 38 people who have seen the brilliant, hilarious film The Death of Stalin is the fact that Georgy Malenkov actually helmed the socialist state for roughly a year and a half after Stalin died and before Khrushchev took over. 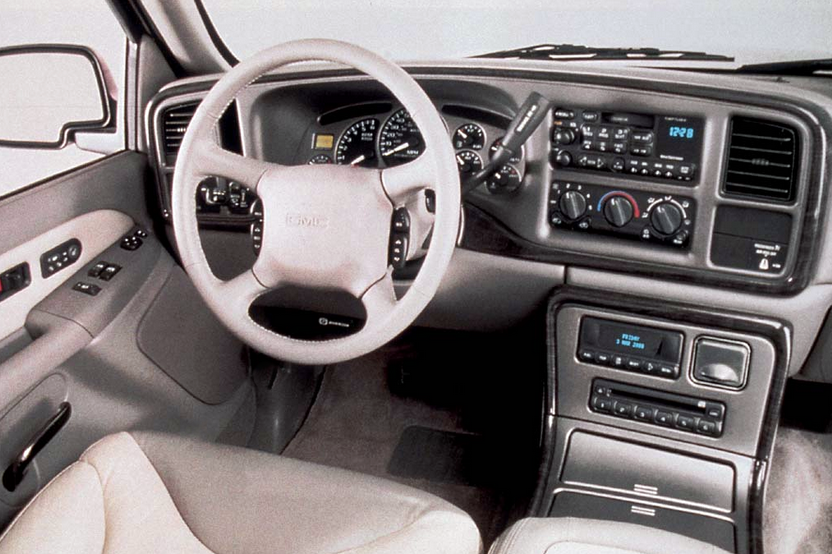 And, like poor, forgotten Malenkov, there is a luxury Sierra trim level that lasted for all of about a year. Today, the Sierra C3 is so overlooked that most of our Consumer Guide staffers—a very knowledgeable bunch of automotive-trivia aficionados—didn’t remember it.

Introduced as a 2001 model, the C3 was meant to be upscale in terms of trim and technology. To that end, the loaded Sierra enjoyed a number of interior trim upgrades, as well as the Sierra lineup’s first-ever standard OnStar telematics system.

The Sierra C3 came only as an extended cab, and only with General Motors’ polished LQ4 6.0-liter V8. A version of the same engine could be had on crew cab models, but was unavailable otherwise.

All C3s came with an exclusive AWD system that apportioned 62 percent of available torque to the rear axle, unless slip was detected, in which case the system was capable of transferring nearly 100 percent of available torque to the axle with the most grip. The AWD system did not include low-range gearing, however, so serious off-road work was not in the cards for C3 owners.

The C3 was not cheap by 2001 standards. With destination—and a small midyear price bump—the truck came to $39,090—about $10,000 more than a 4WD SLT model. The price was almost all-inclusive, however; the only stand-alone option was a pair of running boards that listed for $495. 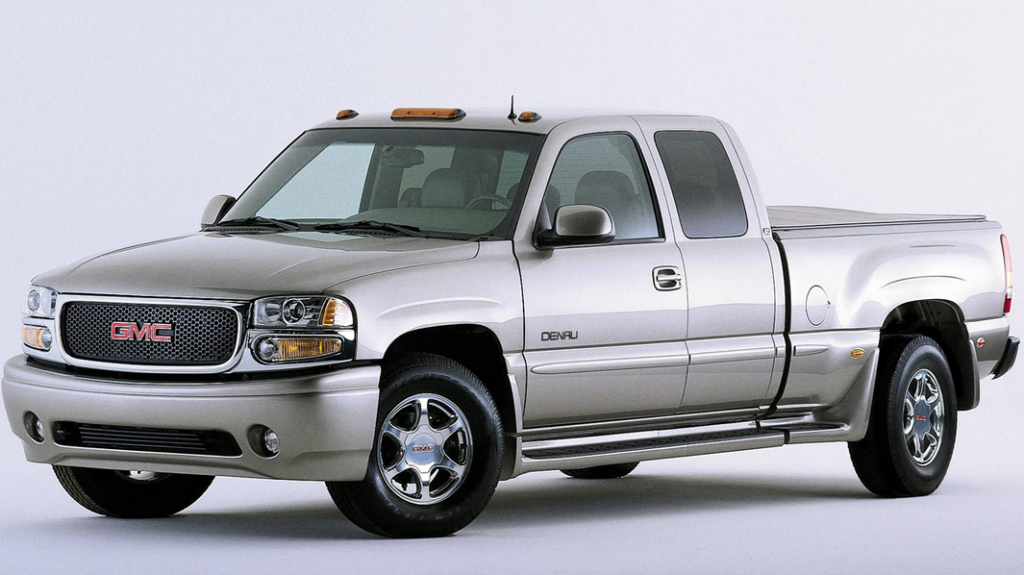 To accommodate the wider rear track that was part of the Quadrasteer 4-wheel-steering system, the 2002 Sierra Denali featured rear fenders that were flared more dramatically than those on the C3.

Much like poor Malenkov, the C3 didn’t serve anything like a full term. Midway through the 2001 calendar year, the C3 was renamed Denali, and badged as a 2002 model.

As it turns out, 2002 was an interesting year for the luxury GMC pickup. Along with its new Denali name, the top-line Sierra came standard with GM’s novel Quadrasteer 4-wheel-steering system. The 2002 Sierra Denali listed for $44,130, which almost seems like a deal, considering the Quadrasteer system alone was priced between $6420-$6695 on other Sierra models. 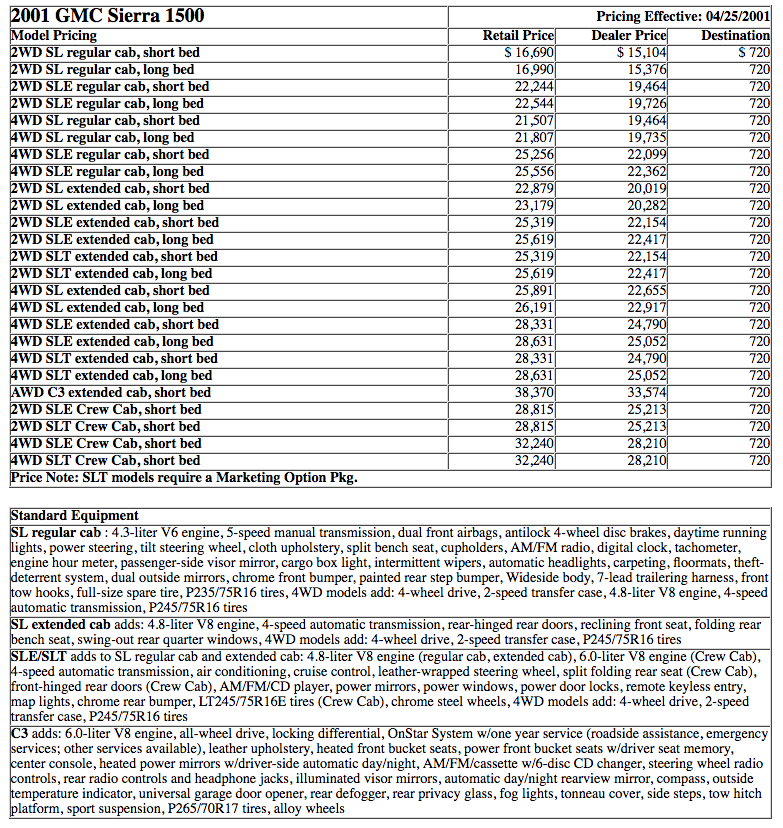 Production numbers for the C3 are elusive, but I think we can safely say that, unlike Melenkov (who was largely regarded as inept) the C3 was a compelling contender. It was a legit pickup, boasting a nicer cabin than its stablemates as well as additional suds under the hood.

So, if you see a C3, know that it isn’t really much more than a pre-Denali loaded Sierra. Know also that almost no one ever called Malenkov a pre-Khrushchev premier.