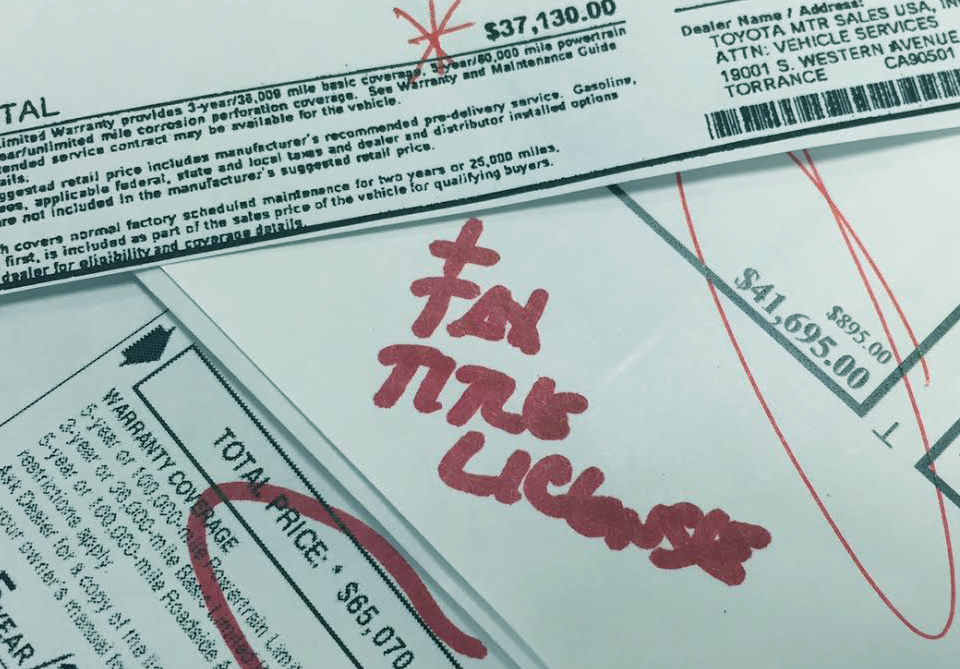 Don’t mistake your friendly, helpful salesperson for an advocate. He/she is likely incentivized to charge you as much as possible for your new vehicle.

I was a terrible car salesman. Part of my problem in plying said trade was my disdain for confrontation. In the early Nineties, when I was peddling the metal, the new-car buying process was still very much an “us versus them” proposition. Giving a shopper a decent deal within 20 minutes of beginning negotiations was not only unacceptable in the eyes of my managers–it was grounds for dismissal. Salespeople were expected to wear customers down, and “leave no money on the table.” It was a brutal business, and one I wasn’t cut out for.

How Your New-Car Salesman Gets Paid

A lot has changed since then. General Motors’ Saturn brand came and went, but its revolutionary “one-price” policy helped start a trend toward progressive, low-pressure customer/dealer relations. One-price dealership chains such as CarMax also appeared on the scene since I last closed a deal, taking much of the stress out of the buying process for shoppers averse to the ritual of haggling.

Based on my own personal experience shopping for new vehicles with friends and family (as well as second-hand accounts shared by those who did not see fit to have me tag along on their vehicle-shopping trips), the process today is substantially less adversarial than it was in 1991. However, while it makes me happy to report that dealerships have come a long way in treating customers with patience and respect, there is still a catch: Your salesperson, no matter how nice he or she is, is probably still on commission, and makes more money for charging you extra.

It’s often called the “pack” system, and it remains one of the most common methods for paying auto salespeople who are on commission. Broken down in the chart below, the pack system insures that salespeople work as hard as possible not to negotiate down the price of the vehicles they sell.

Pack is simply the lowest price a dealer is willing to accept for a given vehicle. It’s generally calculated off a vehicle’s invoice price, to which is added a lump sum–a figure that represents the dealer’s basic operating costs per vehicle. The pack price—which as a customer you will likely never know—is the least the salesperson can sell the vehicle for.

For selling a car at pack, a salesperson typically receives a flat fee, which is currently in the $100-200 range. But, for anything over pack you pay for your car or truck, the salesperson receives anywhere from 20 to 35 percent, depending on the dealership and the type of vehicle being sold.

I was paid $50 for a pack deal (remember, this was 1991), and 30 percent for anything over pack I could muster. I was also paid an additional $200 per vehicle for every unit I sold over 10 each month. I could also make money selling such add-ons as fabric protectant and undercoating.

Contemporary new-car shoppers are generally too savvy to pay $1500 over market value for a new car, but this chart illustrates the salesperson’s incentive to have you do so.

Looking at the chart above, the difference between selling cars at $500 over pack versus $1500 over pack amounts to around $36,000 annually for a salesperson averaging 10 sales a month.

That said, the internet has gone a great distance toward leveling the playing field for customers, and folks paying $1000+ more than they should for a car just aren’t that common anymore. Sources such as TrueCar and Kelley Blue Book offer shoppers a look at what similar vehicles in their area are retailing for, and give buyers a negotiating target to shoot for.

The thing to remember is this: No matter how friendly your salesperson is, his paycheck benefits from charging you as much as possible for your vehicle. Your job is to hold the line at the price you feel is fair, and not be afraid to leave the dealership without a new ride if the deal feels wrong.

A Couple of Thoughts

Best Deal vs. Best Dealer If you’ve worked with a helpful, patient, decent salesperson whose best price is only a little more than the deal you’ve been offered elsewhere, consider rewarding the first guy (or lady) with your business. A friendly relationship with a salesperson you trust can be a rewarding thing. As your contact with the dealership, your salesperson can help you with service and recall issues, and work with you again in the future.

$50 vs. An Hour If you know you’re close to a deal, but can’t seem to negotiate away that last $50-$100, maybe you’re already done. It’s possible your salesperson is at critical point in terms of his or her commission. The question is this: How much is your time worth, and would you rather beat him or her up for another hour, or leave the store with a contact person willing to help you in the future?

In “The Box” Keep in mind that your sales person is just one of the commission players you will be working with on your new-car deal. The F & I (finance and insurance) manager will be pitching you on a number of products once you enter his or her office (The Box”).

A couple of quick thoughts on F&I products: