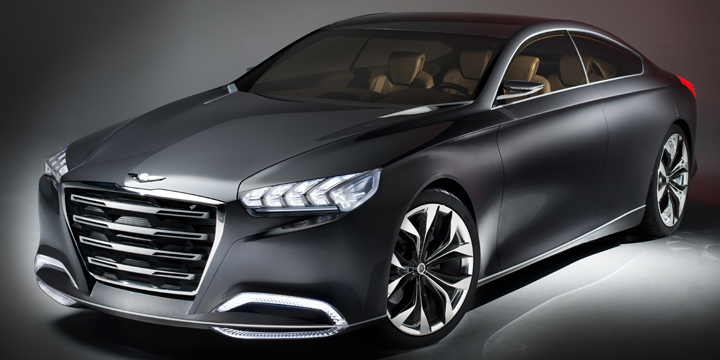 Hyundai used an opportunity at the 2013 Detroit Auto Show to show off an ultra-premium car called HCD-14 Genesis Concept.

This concept car reflects the carmaker’s aspirations in the high-end car market. The concept has new styling and rear-hinged back doors. They open to an interior divided down the center by a center console that starts at a dashboard that is devoid of a traditional central control panel. All of the driver’s instruments have been incorporated into the instrument panel ahead of the driver and a heads-up display projected onto the windshield. The “passenger comfort” functions are shown in a screen that is tilted toward the front passenger seat.

This flight-of-fancy includes such technological advances as a heads-up display paired with sensors that interpret the driver’s eye and hand movements. It also includes thumb controls to perform most vehicle functions, such as navigation, infotainment, audio, climate control, and the functions of a connected smartphone.

The HCD-14 Genesis Concept is powered by Hyundai’s 5.0-liter V8 engine connected to an 8-speed automatic transmission. It uses an electric-powered steering system and a drive-mode system that changes the characteristics of the suspension and other components. No key is needed to start the vehicle because sensors scan the driver’s eye to identify the driver and then start the car.

Because this is a concept vehicle, no pricing or availability dates were announced.

CG Says: Hyundai continues its upward push into new markets with this concept vehicle. While it’s not going on sale anytime soon, the HCD-14 Genesis Concept indicates the company’s aspirations to move upmarket further. While this vehicle may not appear in showrooms, some of the technology may find its way into production cars, including the heads-up display. But don’t hold your breath waiting for optical recognition capability. At this point in time, that is, most likely, science fiction. However, some elements of the styling may be incorporated into the next Genesis large car or Equus premium-large sedan. 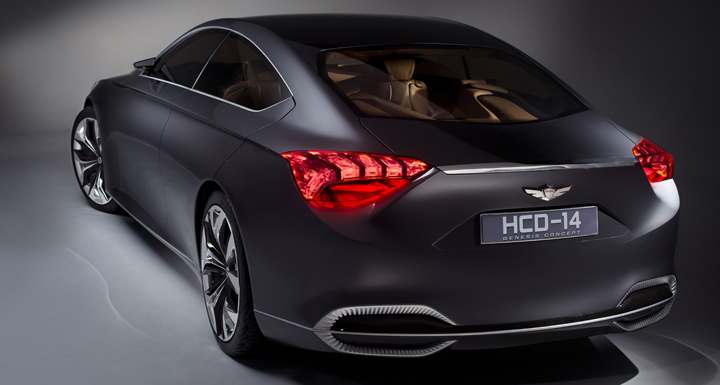 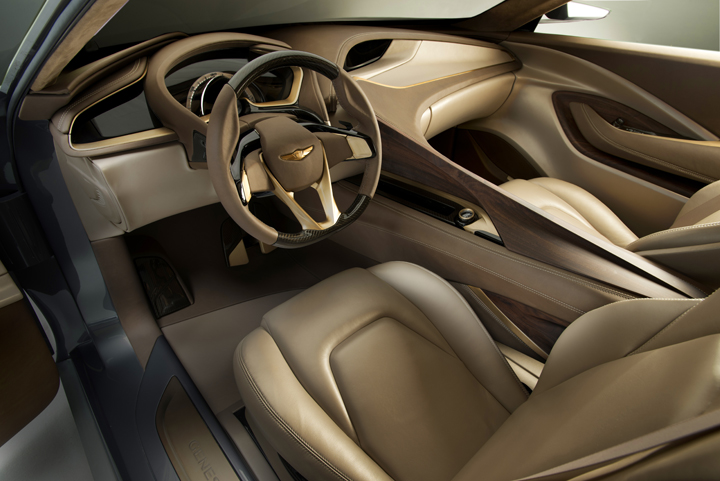