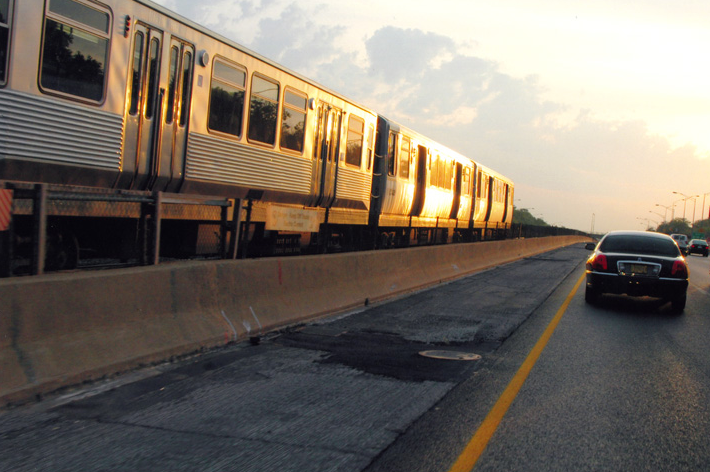 We may be sun-setting the driver-involvement era, but Tom is reasonably OK with that.

The evidence has been piling up for a while now, but the verdict is unavoidable: The traditional automobile is all but dead.

There are a couple of paths we can take to reach this conclusion, and a couple of different definitions of “dead” that we can employ, but there’s one particular path and one outcome that I am most saddened by.

The mass exodus out of cars and into crossovers, for example, doesn’t bother me much, though maybe it should. It’s reasonable to ask whether the buying public is trading style for practicality and, if so, does that tradeoff represent a decline in public interest in vehicles beyond being simple appliances? I would argue yes, but the problem goes much deeper than that. 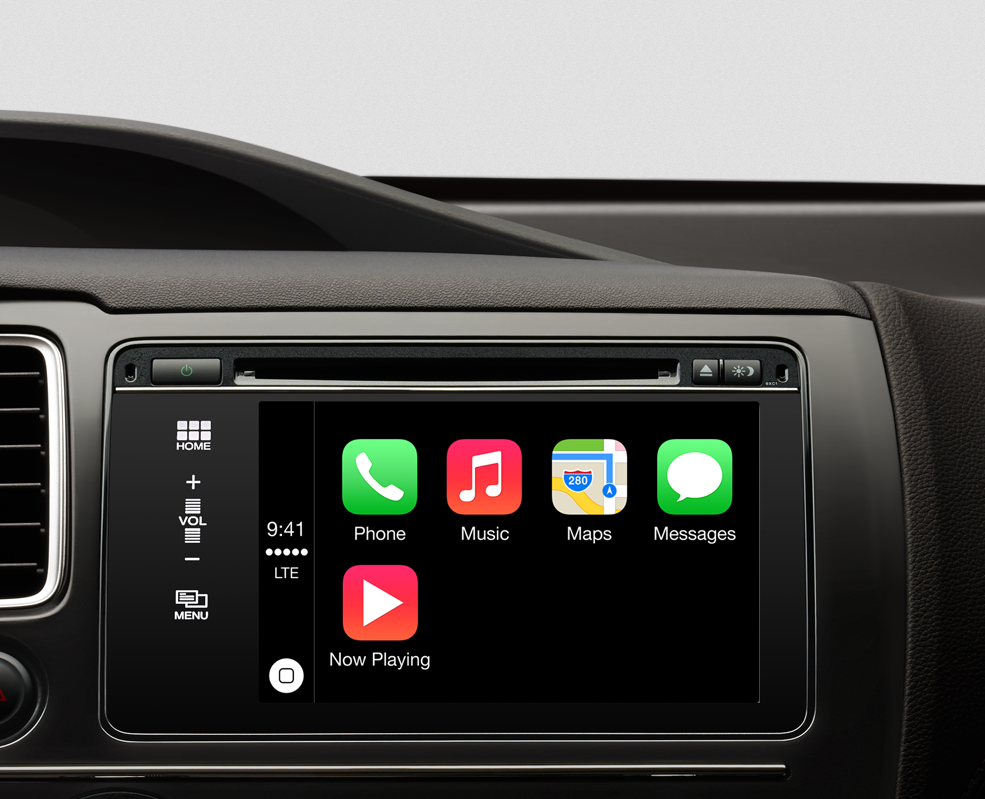 Apple CarPlay (shown) and Android Auto help to standard vehicle media interface systems, and that’s a good thing. But, it’s also one less opportunity for brands and models to distinguish themselves from other products.

The real problem is the commoditization of the driving experience. For reasons both logical and seemingly foolish, carmakers are racing with each other to homogenize the in-car environment. Right now, nearly every single auto builder either offers Apple Carplay in its products, or is scrambling to do so. And to what end? So that interacting with a Cadillac CT6 can feel just like interacting with a Chevrolet Spark?

And, about cars like the Cadillac CT6: Why would a driver want—much less pay for—such dynamic niceties as a twin-turbo V6, or an “active chassis system,” when the brand’s Super Cruise semi-autonomous control system promises to do most of the driving?

The next big step in the evolution of driving isn’t about improved acceleration, or greater lateral grip. The question the automotive media—and seemingly the public—is chasing is, “When can I let go of the steering wheel?”

Right now, there is more mainstream media coverage of the rolling color copier Google calls a car than of the all-new 6th-generation Chevrolet Camaro. It’s noteworthy that most coverage of the Google self-driving car is entirely devoid of technical information. The car’s weight, range, 0-60 mph times—that information is seemingly superfluous.

Of course, reporting of the Google car represents a new and fascinating melding of media bodies. While the traditional automotive media is following the story, the tech and gadget press corps is onboard as well. Given that Google would logically already speak the language of the technical media, it only makes sense that story would unfold in those terms.

It’s worth noting that the auto industry has independently been playing to the tech crowd for a number of years anyway. Many will recall that the Ford Taurus was the official car of the 2010 Consumer Electronics Show (CES), the news then being the Taurus’s new SYNC® digital media interface.

I’ve written before about my teenage daughter’s lack of interest in driving. She’s not alone. Among her classmates I find very little interest in taking the wheel. Upon entering a car, however, my daughter will quickly move to sync her phone (thus taking control of the music), and, if available, avail herself of the Wi-Fi.

Why Teens Don’t Want To Drive: Blame The iPhone 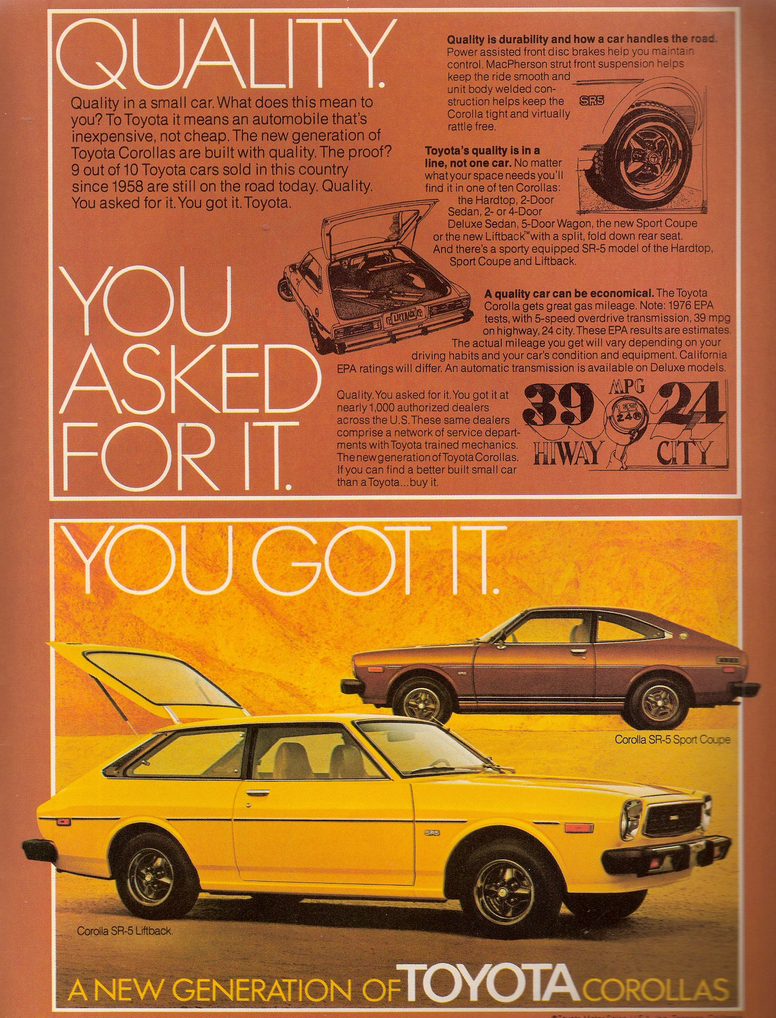 There was a time when Toyota felt in necessary to mention the suspension, brakes, and frame when pitching the public on an economy car. Interestingly, there’s no word here on the available AM/FM radio.

And, that’s the part that saddens me. The paradigm shift from admiring a vehicle’s dynamic capabilities to scrutinizing its media interface is happening now. Style will always matter, as will price and fuel economy—or range—but the geek factor that once applied to those metrics is fading—moving from quarter-mile trap speed and skid-pad numbers to updated voice-recognition software and 4G LTE bandwidth.

This development is logical, and unavoidable. Americans have been driven by work and social pressures to stay connected and be productive. The time we spend commuting is now more likely to be a frustrating slog—and a good time to have Siri read back the day’s text messages or catch up on a podcast. How much easier will those tasks (and others) become when Google (or anyone else) is handling the steering and braking?

I will not curse the day my 75-minute evening commute no longer requires my rapt attention, though I will miss being directly responsible the for vehicle’s exhaust note—if cars are still especially interesting to listen to by then. I am not too old and crusty to realize that even though the image of the automobile I fell in love with is fading, an autonomous highway will be fascinating for a whole-new set of reasons.

What remains to be seen is what becomes of luxury vehicles in the autonomous era. If driver inputs are no longer needed—and related visceral rewards no longer relevant–what is Cadillac (or Audi, BMW, Lexus, or Mercedes-Benz) selling? If full automotive autonomy converts the Chevrolet Spark into a rolling Starbucks, does the Cadillac CT6 become just a roomier Starbucks, maybe more of a direct-injection Tim Horton’s?