There’s a good chance this young driver has never seen a manual transmission.

Fans of the holiday classic It’s a Wonderful Life  will likely recall one of that movie’s best-delivered lines. About midway through the film, after a resounding chorus of “Buffalo Gals”, George Bailey fails to seize the moment and sneak a kiss from Mary, prompting a portly middle-aged gentleman on a nearby porch to mutter, “Ah, youth is wasted on the wrong people.”

And so it goes with driving. As I close in on 50 years of age, I recall the many tribulations of driving cars—especially less-than-new cars—back in the early Eighties. Cars did things like stall, get stuck in the snow (at least more than they do now), and, occasionally, just completely fail to start. Sure, cars still periodically fail us, but so rarely these days that we’re stunned by anything beyond a dead battery.

As for today’s driving youth, well, they’ve missed out on a lot of what my father would describe as “character building.” I’m not going so far as to as to suggest that kids these days have it easy, but well…maybe I am.

I present here ten things that most Millennial drivers have never encountered behind the wheel. While I appreciate the fact that time marches on, and that new challenges face every generation, I can’t help thinking that my dad was right. Getting stuck (or stranded, or whatever) does build character.

Most Millennials have never driven a carbureted car

…and lucky them. Carburetors were fine for about the first century of motoring, but fuel injection, which came on strong around 1984 or so, changed everything. Thanks to precise fuel metering and vastly improved gas atomization, cars suddenly started instantly, didn’t stall two or three times on cold mornings, and never needed to be hit with starting fluid on seriously chilly mornings anymore.

Starting fluid? Yup, on very cold days it was common to have to pop the hood, open up the air cleaner, and spritz what amounted to pure ether directly into the carburetor. Usually it worked. If it didn’t, we often killed the battery in the process of trying to start the car, and then called a friend for a ride. 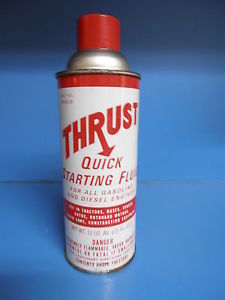 Handy on cold days, starting fluid didn’t cost much, and smelled a lot like a dental office.

Most Millennials have never pumped the gas (pedal), or flooded the engine

That’s right kids–before fuel injection, the driver actually had to pump the gas pedal prior to starting the car. The trick was in not over-pumping, and thus “flooding” the engine.

A flooded engine would have to sit for a few minutes while excess gas evaporated. Flooding tended to happen when it was cold outside. Of course there was vapor lock when things got hot…but that’s another story.

Most Millennials have never driven a car without air conditioning

Not to sound too whiny, but the first car I ever drove legally was a 1974 Plymouth Valiant without air conditioning. However, It did have vent windows and huge foot-well air vents that could be opened allow for additional cooling. The first car I ever purchased, a 1985 Volkswagen Scirocco, did have air conditioning, but it never worked, and I don’t recall ever worrying about it all that much.

Most Millennials have never cranked up their own car windows

From 2006 to 2011, the percentage of new cars delivered with power windows rose from about 85 percent to about 95 percent. Never will most Millennials know the joy of scratching a watch on a hard-plastic door panel, or trying to roll up a window by hand with rain pouring into the car. Sadly, many new cars do not come standard with one-touch automatic power windows, meaning that many a finger will be strained holding the button down for the full duration of window closing.

Most Millennials have never driven a car with rear-wheel drive

And in the Snowbelt, this is a great thing. It’s amazing how much more grip a car has when the weight of the engine sits over the driving wheels. Today’s young drivers may never know the white-knuckle terror of having a car’s rear end break loose on them on snow- and ice-covered roads.

Sure, driving enthusiasts prefer rear drive for its more-neutral handling nature, but that same fine balance can become a nightmare for the uninitiated when things get slippery. Also, front-drive cars almost never get stuck on completely flat surfaces in fresh snow as so many rear-drive cars are wont to do.

So, how rare are rear-drive cars these days? If you eliminate trucks, luxury rides, and performance vehicles from the mix, very rare. The Honda brand, for example, does not currently market a single rear-drive vehicle in the U.S.

Most Millennials have never driven a car with a manual transmission

What was once commonly referred to as “standard” transmission is not standard on very much at all these days. Only about six percent of new cars sold in the U.S. are delivered with a manual transmission.

Sadly, the practical reasons for driving “stick” are less compelling than they once were. Most automatic transmissions are bulletproof from a reliability standpoint, and, thanks to recent design improvements, about as fuel-efficient as manuals as well.

What Millennial drivers will miss is the sense of control one feels when working a shifter and clutch. As many young drivers reject driving as a necessary evil these days, one wonders if a little stoplight clutch popping would spark new interest in things automotive. 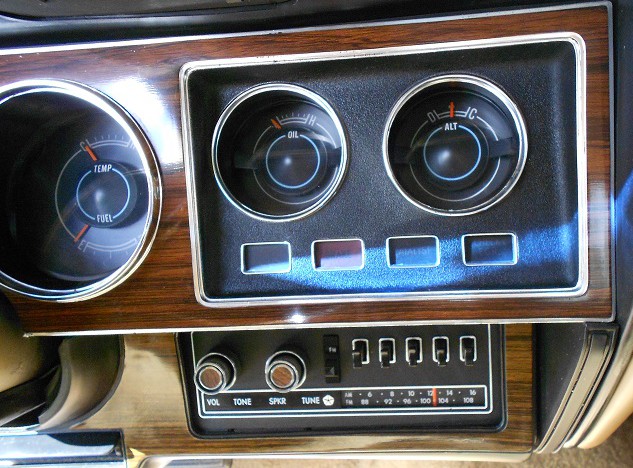 And why would they? When was the last time anyone pulled into a dealership service department complaining of abnormal transmission-fluid temperatures?

Still, back in the day I did watch the coolant temperature, especially because our less-than-new cars were wont to occasionally overheat in stop-and-go traffic in early August.

Sadly, with the demise of the manual transmission, there’s little reason to check out the tachometer, either. Unless you’re a geek like me, and you try to figure out the overdrive ratio by watching the tach, the speedometer and fuel gauge are all that matter any more. Question: Has anyone ever driven a car with a voltmeter that actually delivered anything like useful information?

Most Millennials have always pumped their own gas

I actually pumped gas for money back in high school. I wore a uniform and pumped gas, cleaned windows, checked the oil and checked the tire pressure for folks willing to pay 15-20 cents per gallon extra for their fuel. I’d wager that about one customer in ten went to the full-service island for their gas, and they got what they paid for.

Sadly, with the odd exception of New Jersey and Oregon—where pumping your own gas is illegal—the full-serve gas station is a pretty much a thing of the past.

It’s been about a decade now since gas last averaged under $2.00 a gallon nationwide. Since the average fuel tank holds about 15 gallons of gas, the average “top off” of say 12 gallons or so has always represented a commitment of at least a double sawbuck ($20 bill)–and more recently more like two double sawbucks.

Most Millennials have never played a cassette in a car

A lost bit of motoring magic is the odd, almost satanic-sounding warble produced by a cassette tape that has been left in the car stereo overnight in freezing temperatures. It’s actually sort of amazing that cassettes lasted as long as they did in temperate regions.

How many Millennials, I wonder, have actually even messed with music on CD? Even I have committed my most listened-to music to my iPhone library.