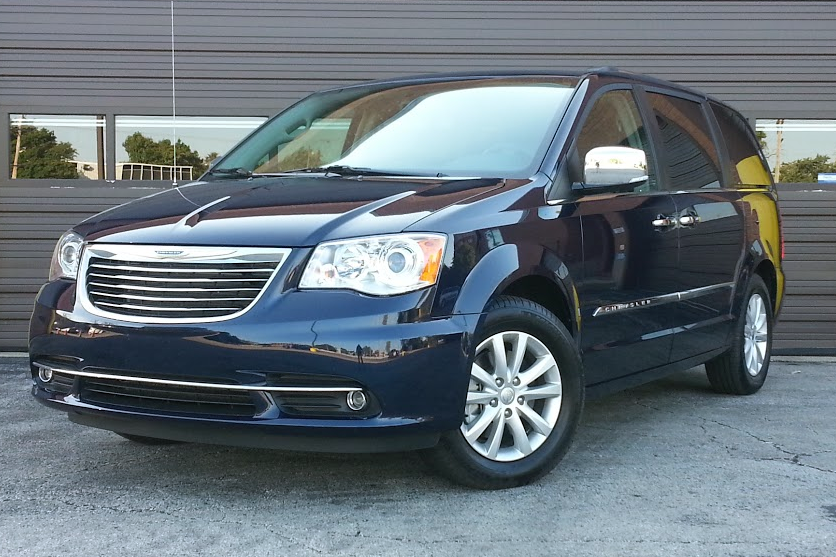 The not so good: Aged platform isn’t as refined as more recently redesigned competitors, limited headroom for passengers over 6 feet tall

The people who still buy minivans still buy them for roomy passenger transport and bountiful cargo capacity, albeit in an atmosphere of comfort and convenience. They can still get most of that in the Chrysler Town & Country, even if it is showing signs of age in its current form. 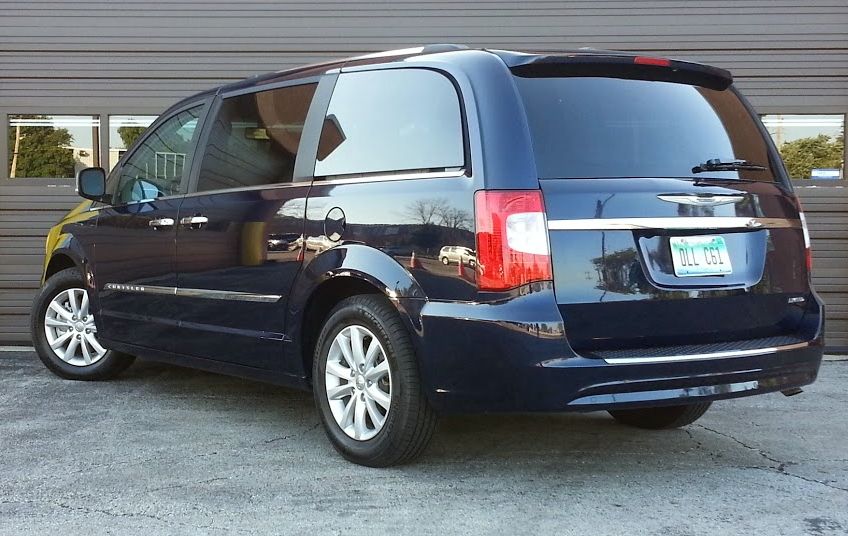 Platinum models come with every possible Town & Country option and feature, including these 17-inch alloy wheels.

The pros and cons of the vehicle were on display in the T&C Limited Platinum tested by Consumer Guide® editors. This top-end luxury minivan, one of two models added for 2015 (the other being an entry-level LX), stands out in the Town & Country roster thanks to its standard Nappa-leather seats; heated, wood-trimmed steering wheel; heated first-and second-row seating; power sunroof; suite of electronic safety devices; dual-screen Blu-ray and DVD entertainment system; 9-speaker audio system with 506-watt amplifier; Garmin navigation; and memory power mirrors, pedals, driver’s seat, and radio. Baked into every Town & Country is excellent passenger and cargo versatility thanks to flexible Stow ‘n Go seating (with a power-folding 3rd-row seat standard in Limited and Limited Platinum versions). 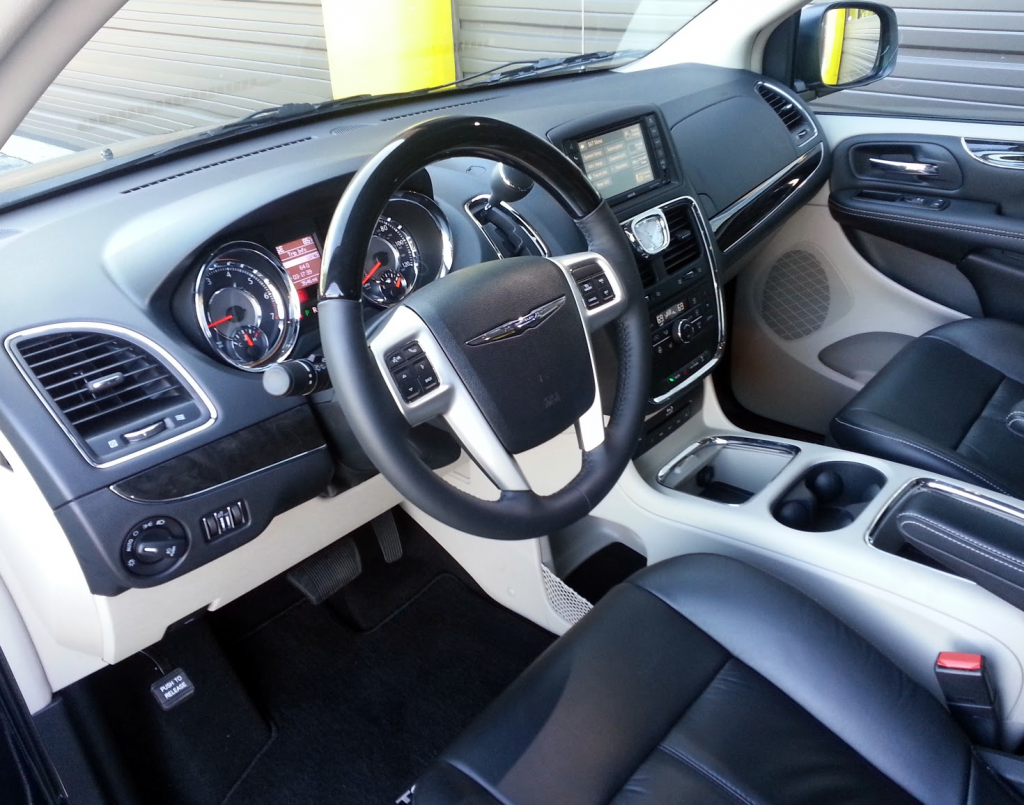 Passenger comfort and cargo space remain the best things about the Town & Country. Passage to the 3rd row between the middle-row buckets in the test van was unencumbered. Third-row seat cushions are high enough to be comfy for a pair of adults (or maybe 3 youngsters), but leg room will depend on how far back 2nd-row passengers elect to come. Second-row leg room is generous. Entry and exit are easy and visibility is pretty good to all corners.

The 60/40-split rear seats power down into the floor—via handy buttons in the side of the cargo area—for big load space or can be flipped back to face out the rear as “tailgate” seats for outdoor activities. With the middle-row seats stowed into the floor as well, the T&C virtually becomes a small panel truck. Even with the rear seats in use, there’s decent luggage space.

Abundant storage options exist for the personal items that passengers are wont to lug around. Front doors have small pockets in the middle of each door and long pockets with bottle holders along the bottom. There are twin glove boxes, a pair of covered bins in the console (one with power points, the other with a coin organizer), and 2 open cup holders. An open area with net sides under the front of the console provides floor-level small-item storage. Second-row riders have net pouches attached to the backs of the front seats and a bottle holder built into each side door (though at the very forward edge, which might be something of a reach depending on far back the seat is set). A tray pulls out of the back of the console to expose 2 cup holders and a large storage bin that’s handy for holding the headphones for the entertainment system. Both sidewalls next to the 3rd-row seats have cup holders and shallow bins molded in.

Soft-touch surfaces are mostly confined to the front doors and dash. The overall appearance of the front row continues into the successive rows but stiffer plastic appears on door panels and side walls. Pull-down arm rests are attached to the inboard sides of front- and middle-row bucket seats but these, too, are padded on the front seats and grained plastic in the middle row. The cabin is commendably quiet. For the most part, controls are easy to understand and use. The 3-zone climate system provides middle-row passengers with their own controls that are built into the overhead console that also contains the entertainment unit’s video screens. Note, however, that even this uppermost Town & Country is not available with the manufacturer’s latest version of the corporate Uconnect infotainment system, with its 8.4-inch touchscreen. Instead, a simpler display of information appears on a 6.5-inch screen.

With the power-folding 3rd-row seats stowed, the Town & Country cargo hold can accommodate a serious quantity of cargo.

The 283-horsepower 3.6-liter V6 and 6-speed automatic transmission team up to provide safe, smooth motoring, with enough strength to confidently tote around the people and stuff that a Town & Country can carry. Middling fuel economy is the trade-off, however. This driver averaged 17.48 mpg from a 119.3-mile trip influenced by 81-percent city-type driving. EPA estimates for this powerteam are 17 mpg in the city, 25 on the highway, and 20 combined. Driving dynamics is where the T&C might be showing its age the most.

While no one buys a minivan for its pace-car moves, the Chrysler is a bit more ponderous to steer than some, with a large turning radius that affects close-quarter maneuverability. Then, too, ride seems a little stiff for a vehicle that ought to be on the cushy side. After all, the minivan is the ultimate family car of the age, and that calls for keeping everybody as comfortable as possible. 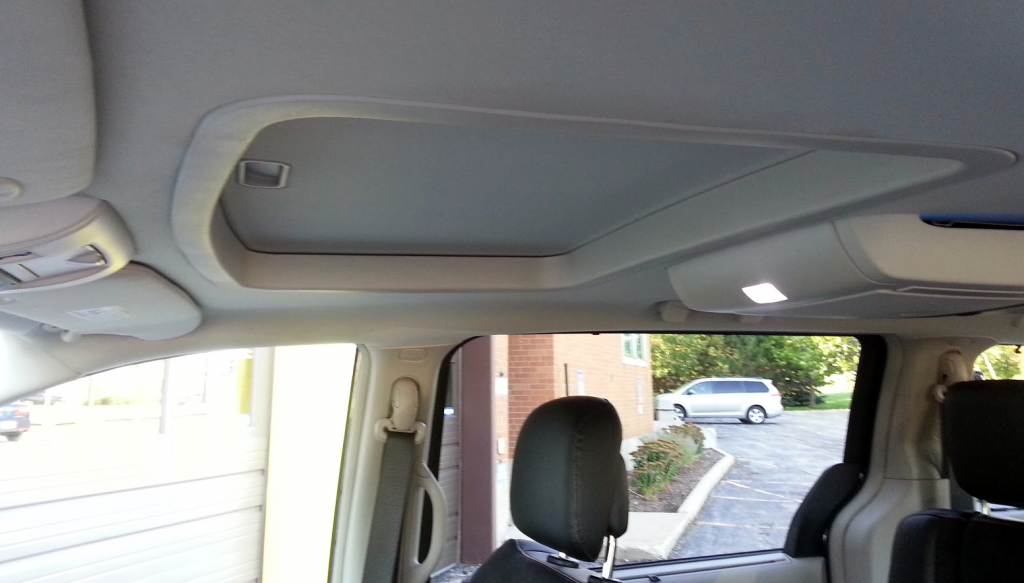