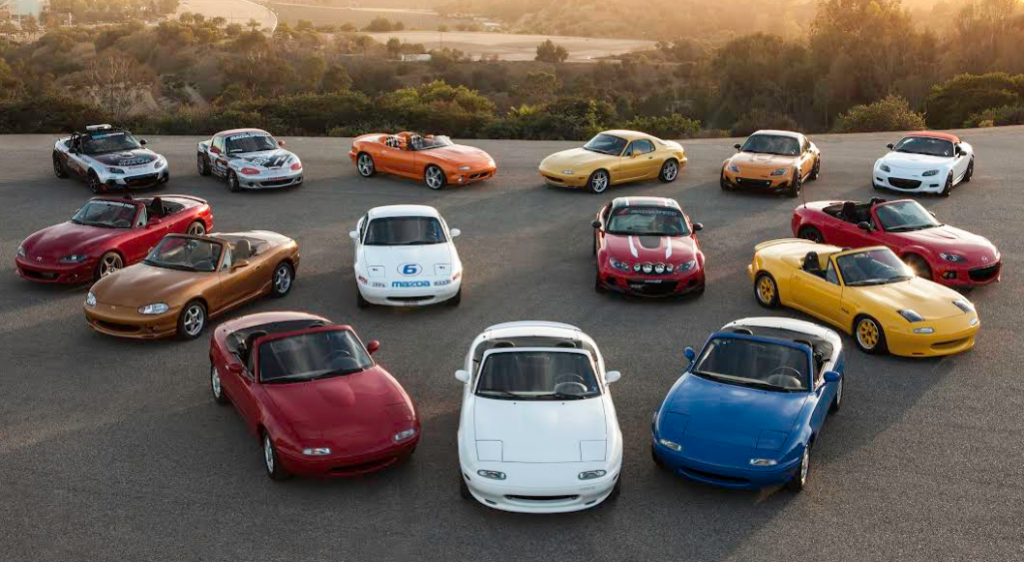 An all-new Mazda MX-5 Miata is scheduled to arrive in showrooms as a 2016 model, the fourth generation of this classic sports car.

It wasn’t long after its introduction for 1990 that the Mazda Miata gained a cult following. Clearly intended as a resurrection of the classic British sports car (though one that was actually likely to get you home), the Miata has survived nearly 25 years in an industry that sheds low-production cars like a Shetland Sheepdog sheds fur.

And Mazda has now confirmed that the Miata – which was renamed MX-5 for 2006 to coincide with the company’s contemporary nomenclature – will carry on to a 4th generation for the 2016 model year. 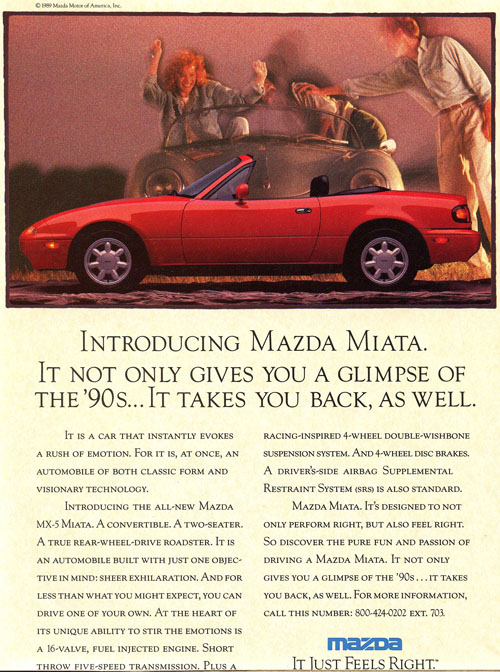 Not much has been revealed about the new Mia … er … MX-5, though there’s been lots of speculation – and forecasting renderings. But now Mazda has released some preliminary information about the car that really sounds promising. A press release states it will be “…lighter, stronger and with a physical footprint more in tune with its first-generation predecessor than with its heavier, larger current-day cousin.” Also that “…its compact configuration showcases an engine closer to the vehicle’s center, a center of gravity which itself is lower than that of any previous generation. And not only lower but decidedly leaner with a weight reduction goal of more than 220 lbs (100 kg)…” If you’re curious, that would mean the new MX-5 would tip the scales at roughly 2225 lbs. – and almost nothing is that light these days. Also noted is that the car will incorporate the company’s fuel-saving SKYACTIV technology, which has impressed us in other models.

But perhaps most importantly, the press release stated that the 2016 MX-5 Miata will be revealed in early September at a special event in Monterey, California, and the public is invited. And it’s free.

So if you’re a die-hard Miata fan – or even just a car guy who happens to be in the Monterey area – you might want to click on the following Mazda-supplied link for more information. Because it isn’t very often a new Miata is unveiled, and this one looks to be a winner.