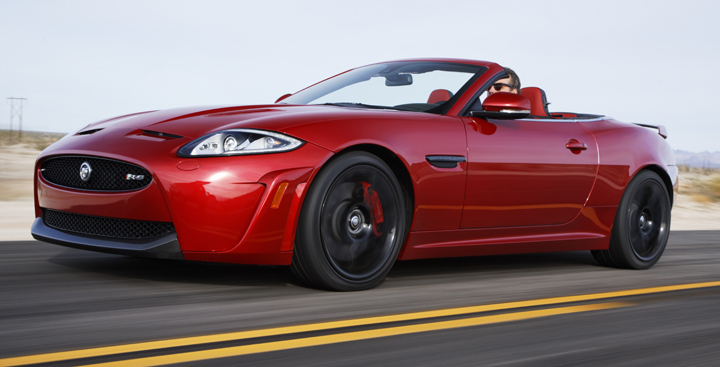 Tom Appel: It would be easy to dismiss the XKR-S as a $140,000 version of a cushy convertible. Don’t do that. This potent Jag is a superbly well-sorted super car that shines as a bargain compared to competition that can match the power and speed. The XKR-S asks little in the way of compromise, as the ride is decently compliant, cabin quietness is luxury-class with the top up, and the cabin’s appearance is knock-out classy. There’s also the absurdly vicious, and insanely awesome, exhaust note that shows up only when serious power is throttled up. If I had Bain Capital money and enough garage space, I’d own one.

John Biel: If it’s solely brute strength that you want, a Chevrolet Corvette ZR1 easily surpasses 600 horsepower and still leaves you 30-grand in savings over the cost of a 550-horsepower Jaguar XKR-S to put toward gasoline. But there’s an undeniable suaveness and grace that accompanies the Jag, notably in its ride and appointments, that some people will find an indispensable accompaniment to its performance.

Jack Stewart: The XKR-S has power on tap from the moment you hit the starter button and hear the V8’s rumble. You’ll be tempted to press the accelerator just to hear the engine growl. Only 100 coupes and 25 convertibles will be available in U.S. If you can’t find an XKR-S, the XKR offers almost as much performance with savings of nearly $35,000.