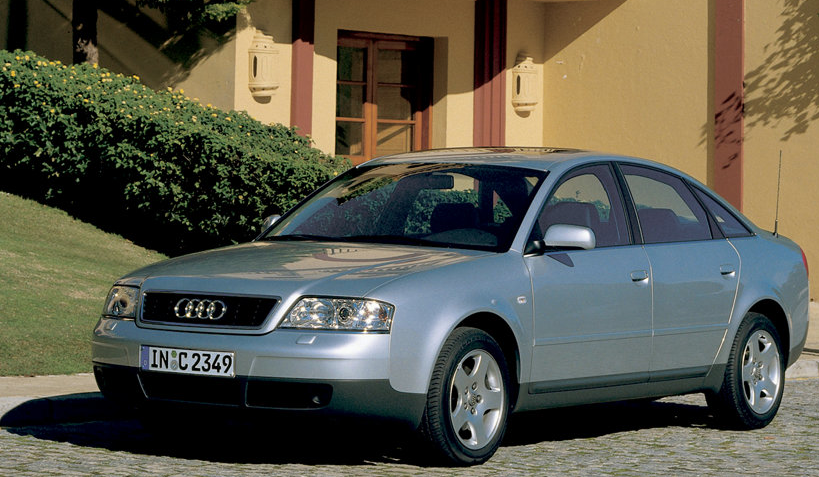 Tom learned the hard way that nice cars and good taste do not necessarily go hand in hand.

Alex was wearing jeans and a T-shirt, the latter under some sort of orange cashmere sweater-vest. I mention this because I was wearing a double-breasted navy-blue suit, which proved unnecessary, even though this was a job interview.

We were sitting outside of a snobby but appealing pastry shop located in a town far enough North of Chicago to qualify as rural.

Situated in front of Alex and arranged with Monk-like precision were a foaming coffee drink of some sort, a small glass of orange juice, and a finger-sized éclair frosted with precise, expensive-looking narrow chocolate ribbons. During the two hours we sat there, Alex never touched his breakfast.

Appreciate his A6 I did. A 1998, it was the first of the design-renaissance cars for the German maker and an absolute beauty in the flesh. Alex’s car was that minty-green metallic color that was used for most of the vehicle’s launch photography. From the white wrought-iron chair I was sitting on that sunny morning I could touch the hood.

As it turned out, Alex and I didn’t hit it off that well. Actually, no one hit it off with Alex, as demonstrated by his firm’s then-200-percent annual employee-turnover rate. I, however, managed to accelerate the decline of our relationship by unintentionally mocking Alex in front of the entire staff. Actually, I mocked Alex and his beautiful car. 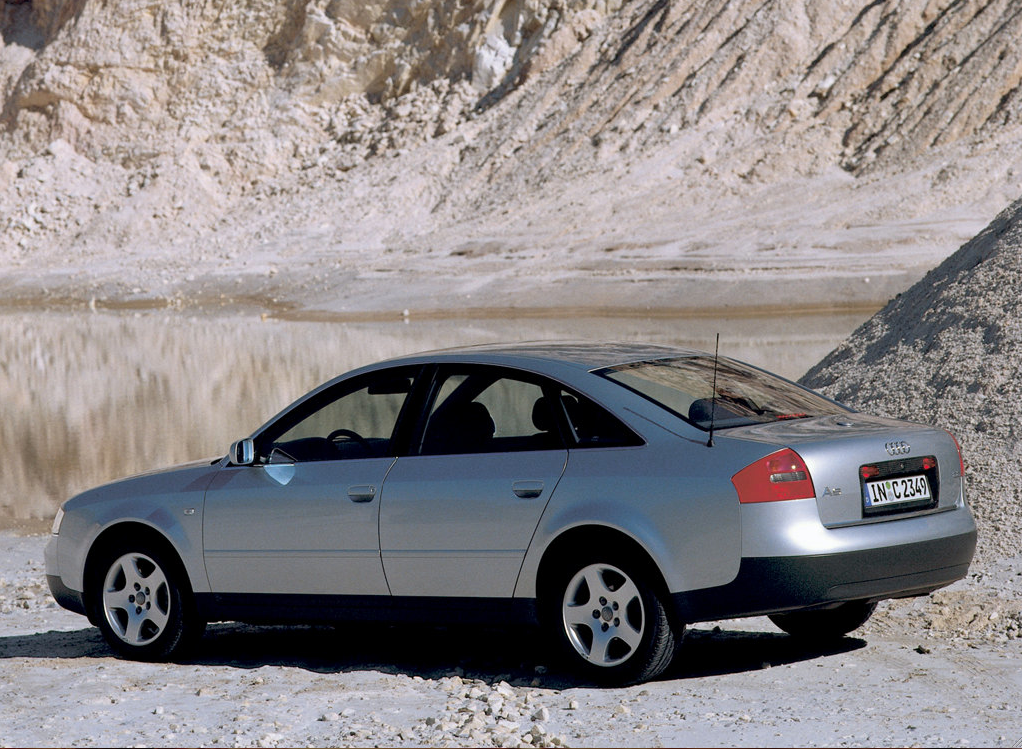 Tom would argue that these flanks are too clean to muck up with pinstripes.

A self-proclaimed student of design and all things esoteric, image meant everything to Alex. Alex had crafted himself as a living, breathing billboard for his firm, and everything he did, owned, or said reflected his obsession with appearances.

Though he had never been online, much less sent an email, Alex’s desk was carefully outfitted with the latest in Apple hardware. He maintained a collection of calculators that appeared to have been designed by Frank Gehry; these he insisted the staff use instead of common Texas Instrument-style devices.

Alex owned a pair of seemingly identical dogs that he brought into the office on Fridays. The purebreds never appeared without being dressed in shirts that matched Alex’s and his wife’s.

So, when, during a staff meeting, Alex mentioned having pinstriped his car, I laughed. Because, seriously, who would futz with the strong, clean lines of an A6 by painting some contrasting narrow lines down its sides? Turns out, Alex would. Yet, the more he tried to convince me that he had, indeed, pinstriped his car, the more I laughed.

What I remember most from that moment was the stunned looks on my coworkers’ faces—and the silence. That, and the sinking feeling in my gut, a feeling that screamed, “time to update your resume.”

Later, in the parking lot, I confirmed what I had done. I lasted exactly one year in that gig, the bulk of which came after openly mocking the design sense of a guy who prided himself on his image. It was a long, long year. The stripes looked like hell, by the way.

Later, I learned Alex had rushed out to be among the first to buy a Chrysler PT Cruiser, paying thousands over list for the honor. It was purple, and, I’m told, he had it pinstriped.