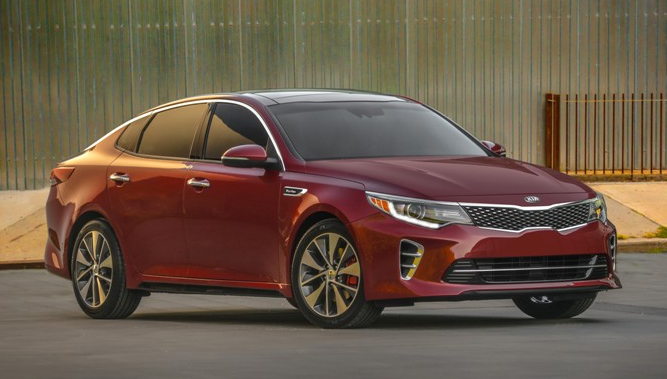 Kia unveiled  a redesigned version of its popular midsize sedan at the 2015 New York Auto Show. The 2016 Optima is slightly longer, taller and wider than its predecessor, which gives it marginally improved passenger and cargo room. Despite the all-new body, the overall look is a fairly subtle evolution of the existing Optima’s styling.

Likewise, the Optima model lineup is little changed—the trim levels ascend through LX, LX Turbo, EX, SX Turbo, and SXL models. Three engines are available. A 178-horsepower, 1.6-liter turbocharged 4-cylinder mated to a 7-speed dual-clutch automated manual transmission is an all-new powertrain that is offered solely on LX models. A 2.4-liter 4-cylinder with an estimated 185 hp is available on LX and EX models. The 2.0-liter turbo 4-cylinder in the LX Turbo and SX Turbo puts out an estimated 247 hp. Both the 2.4 and the 2.0 turbo engines use a 6-speed automatic transmission. 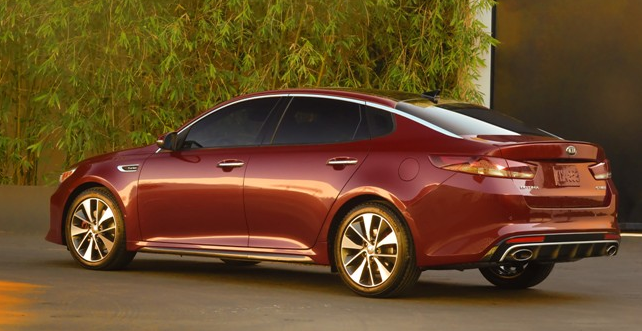 It’s apparent that Kia doesn’t want to mess too much with the success of the current generation Optima. The redesigned 2016 model doesn’t represent any significant departure from this midsize sedan’s mission, but it nonetheless promises worthwhile enhancements and improvements in overall refinement.