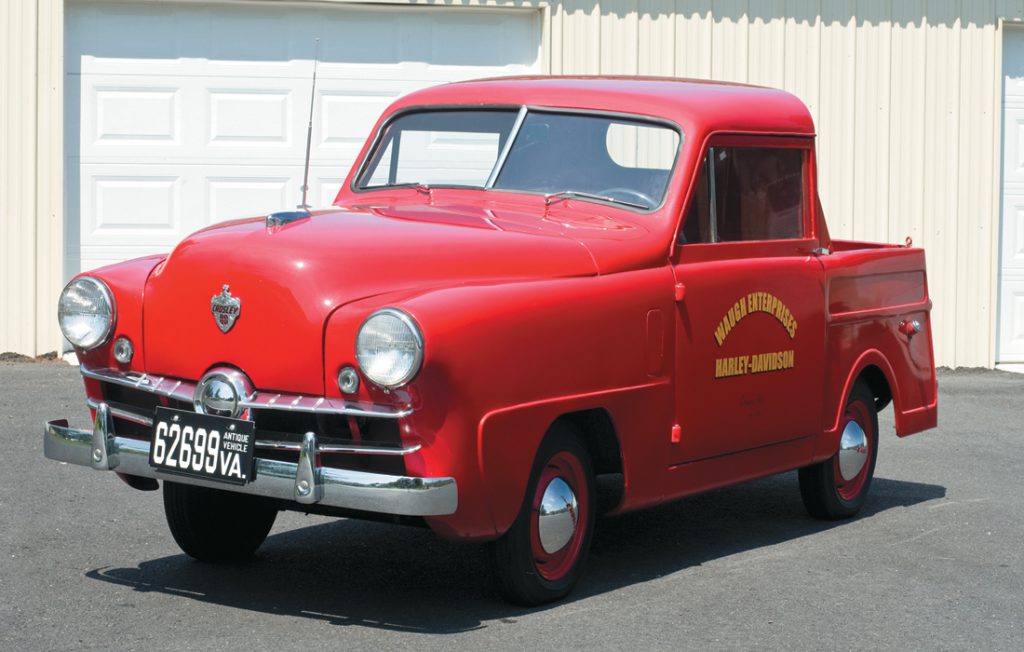 Powel Crosley Jr. was an American success story. In 1920 he developed an inexpensive radio and was soon the largest radio manufacturer in the world. Later Crosley built refrigerators; his “Shelvador” was the first to put shelves in the door. For good measure, he also owned a radio station and the Cincinnati Reds baseball team.

Crosley wasn’t afraid to take chances, and he had his share of failures. Prior to striking it rich with radios, he failed several times trying to break into the auto industry. By 1939, however, Crosley had the money to take another shot at car building.

Just as Crosley radios were bargain priced, so was the Crosley car. A tiny convertible powered by an air-cooled two-cylinder engine cost only $325. For 1940, a pickup and two panel-delivery wagons were added. Sales never met Crosley’s expectations, but he kept trying. 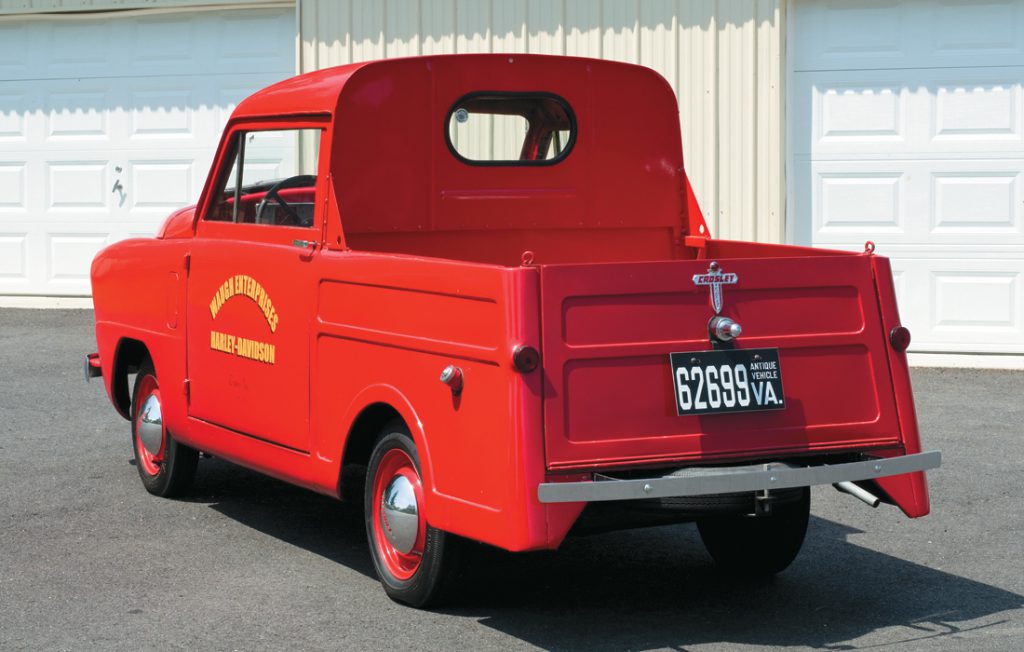 During World War II, Crosley built a lightweight water-cooled four-cylinder engine to power generators for the U.S. Navy. This engine also powered the all-new postwar Crosleys. It sported an overhead camshaft and five main bearings. These features, which would have been state of the art for an economy car in Seventies, were downright exotic in the Forties, when many engines still had side valves. However, in spite of its advanced specifications, the four was no powerhouse: It displaced only 44 cubic inches and put out 26.5 horsepower. Plus, this modern engine was mated to an outdated three-speed transmission that lacked synchromesh. At least fuel economy was in the 35-50-mpg range. 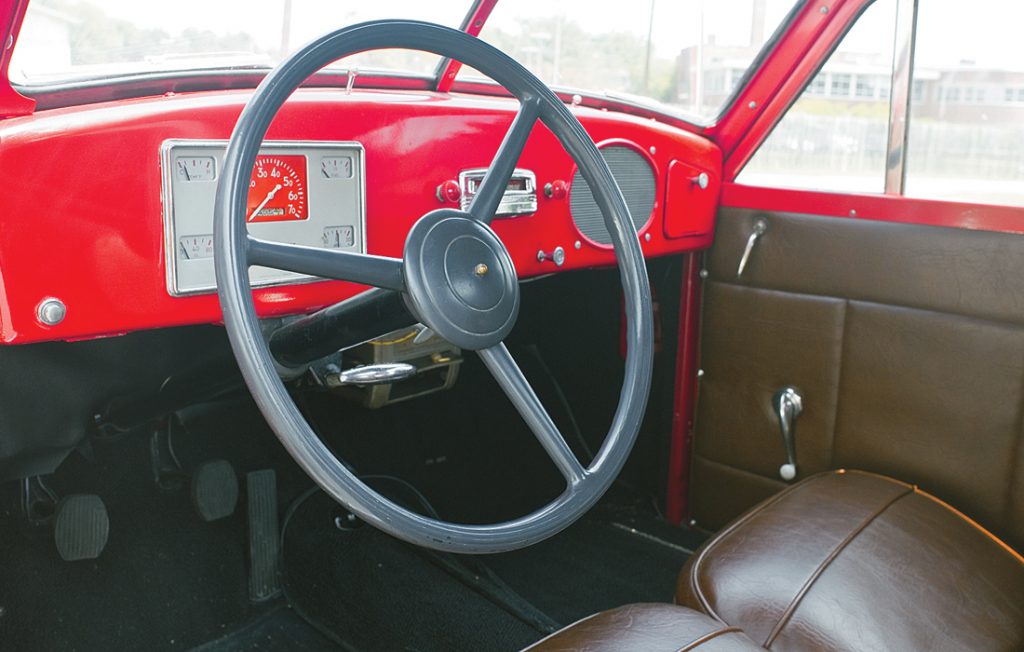 Crosley sold his appliance company in 1946 and devoted more of his time to his automotive venture. (Incidentally, Crosley Radio Corporation was bought by AVCO, which was the reorganized remains of Auburn-Cord-Duesenberg.) The ’46 Crosley had up-to-date “envelope-body” styling, and was restyled again 1949. The pickup, which returned to the line for 1947, had a forward-looking slab-sided cargo box at a time when pickups from the major manufacturers still used beds with separate bolt-on fenders. Front suspension was a beam axle with semi-elliptic leaf springs. After a brief dalliance with four-wheel disc brakes, the company switched to hydraulically activated drum binders during 1950.

Crosleys were Spartan vehicles lacking most creature comforts, but the pickup cost only $925 in 1952, a time when a Ford F-1 sold for $1459. Powel Crosley thought his ¼-ton pickup would be just the thing for businesses making light deliveries. With its short 80-inch wheelbase and 15-foot turning circle, the Crosley was better at maneuvering on city streets than a full-size pickup. 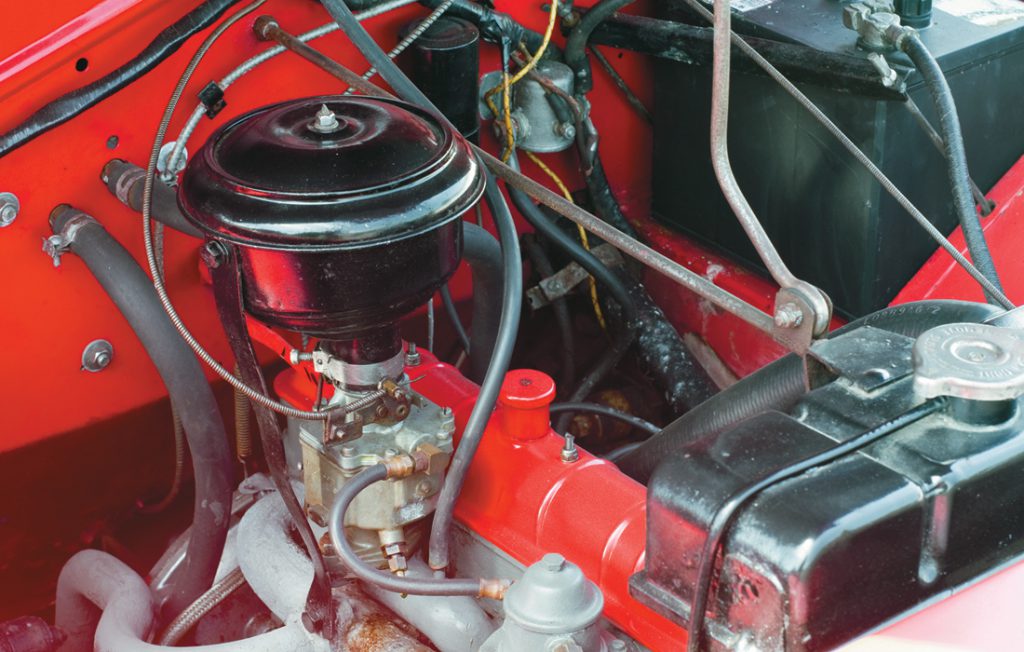 Sales peaked at around 29,000 in 1948 and an optimistic Powel Crosley predicted that he would soon build 80,000 a year. However, the postwar seller’s market was ending and the Big Three were bringing out new designs. Not helping were reliability issues with that engine. The copper-brazed block was made up of 120 steel stampings pressed together. This construction was much lighter than cast iron, but the steel tended to rust and leak coolant. Crosley switched to a conventional cast-iron block in 1949 and the engine was then quite durable. Still, production fell to about 7500 vehicles of all types that year.

Sales continued to slide. Only 2000 were built in 1952. At that point, Powel Crosley sold his automotive assets to General Tire and Rubber. One of those assets was the Crosley engine, which found new use as a marine motor and was built by various companies into the Seventies. 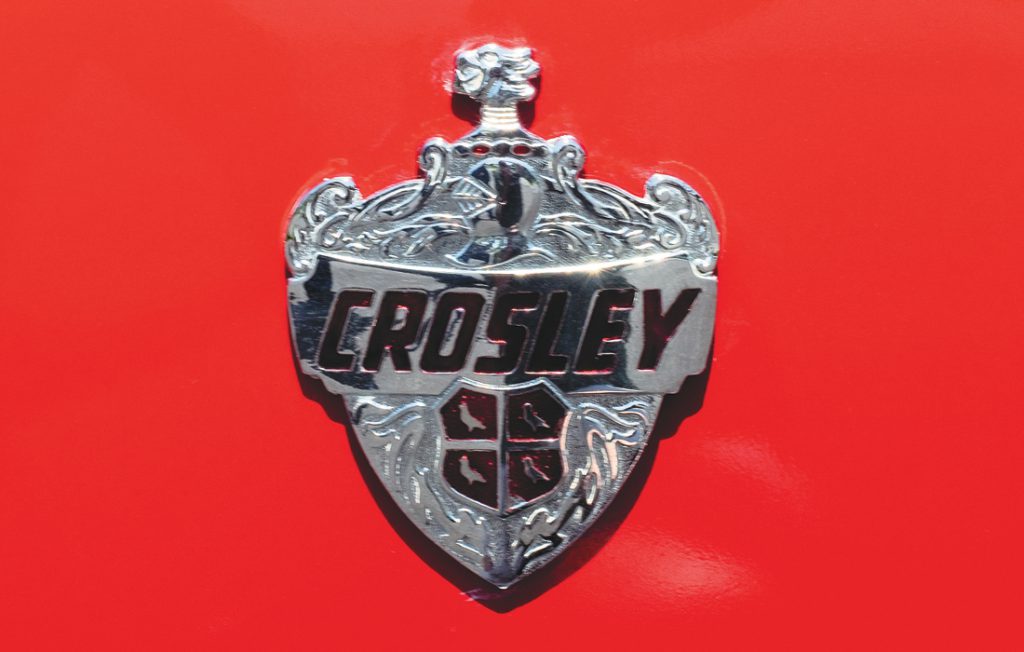 At the time these photos were taken, the 1952 Crosley pickup shown here was owned by Donald “Hoss” Waugh of Orange, Virginia. Wearing the prop-spinner-grille facelift that came in for ’51, the restored truck had only 4954 miles on the odometer.