The Ford Mustang I concept car was too successful. The midengine two-seat sports car was the subject of gushing magazine reviews, and Ford Motor Company received letters begging for its production. Yet, even as the Mustang I made its debut at the Watkins Glen Grand Prix in October 1962, Ford had already decided that Mustang would be a Falcon-based four-seater. In the interim, it needed a link between the Mustang I and the upcoming production car.

Ford Design Vice President Gene Bordinat asked stylist John Najjar to design such a car. The Mustang II show car (not to be confused with the 1974-78 production Mustang) was built using a preproduction Mustang body with a customized nose and tail. Front fenders came to a point, an echo of the Mustang I’s beveled nose, but a retangular grille hinted at the cars to come in showrooms. A white paint job with blue stripes down the center also mimicked the original. The preproduction Mustang was a coupe, but again to evoke the open Mustang I, the roof was cut off and replaced by a removable hardtop. Other Mustang I elements, such as bullet-shaped mirrors and prominent exhaust tips, were also incorporated into the Mustang II. 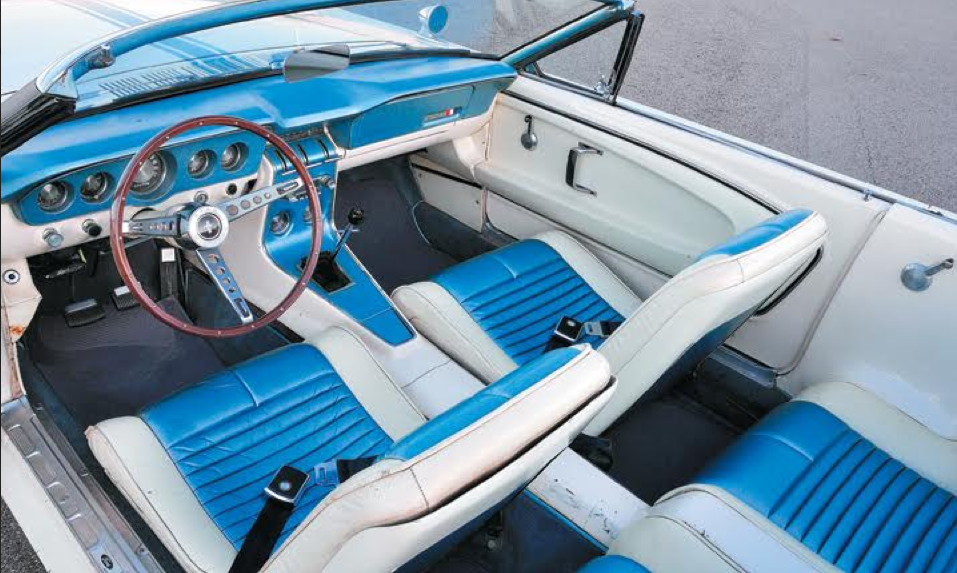 The interior teased the production-Mustang look with a twin-bulge dash top but otherwise was much more stylized. A row of round gauges harked back to the Mustang I and also predicted a later five-dial GT instrument cluster.

The Mustang II was introduced the day before the 1963 Watkins Glen Grand Prix. At the press conference, Ford Division General Manager Lee Iacocca said, “The Mustang II is one in a series of recent idea or show cars Ford Division and Ford Motor Company have built to test public reaction to styling and functional innovations.” Iacocca wasn’t completely truthful—the production Mustang, due to launch in spring 1964, was already pretty much buttoned down. There wasn’t much that public reaction could change. What the Mustang II did do was prepare the public for a Mustang that wasn’t a two-seat sports car, and build interest leading up to its launch. Ford was gambling a huge amount of money on Mustang, so building a show car that would soon be displaced by the real thing wasn’t that extravagant. 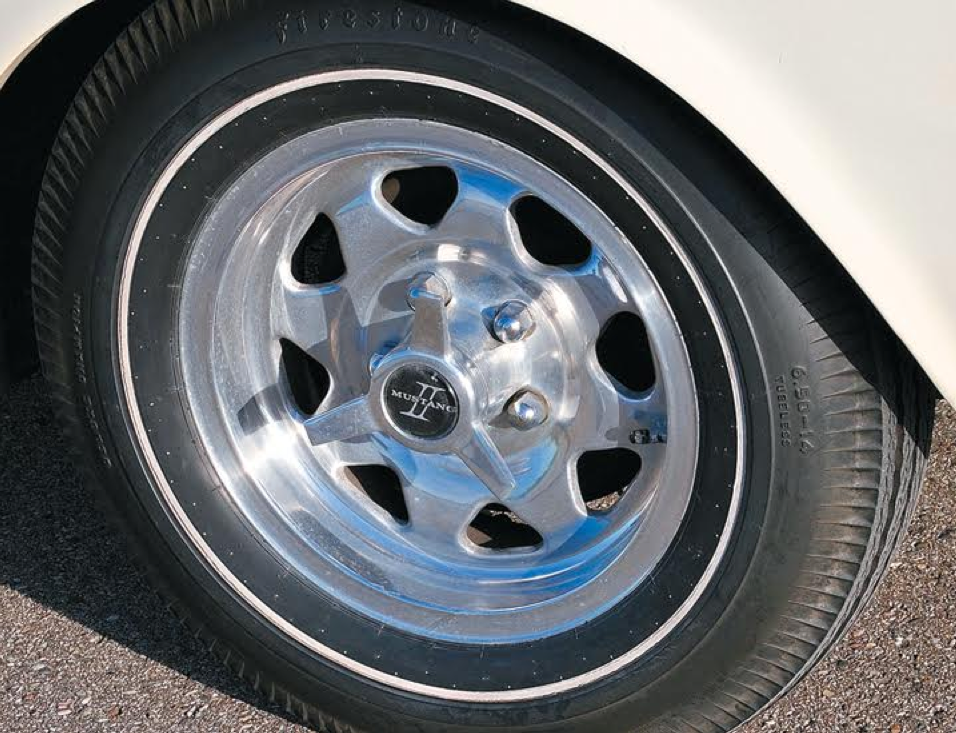 Sometime after performing show duties, the Mustang II was loaded on a truck to be destroyed. Fortunately, some Ford engineers spotted it and rescued it from the crusher to be used as a test “mule.”

Ford donated the car to the Detroit Historical Society in 1975. Along the way it had acquired a dent and a woodgrain steering wheel. The original V-8 engine was either replaced or gained Cobra valve covers and dual Holley carburetors. According to Tracy Irwin, director of exhibitions and collections at the historical society’s museum, the Mustang II will remain as original as possible, with the modifications and patina kept intact as part of the car’s history.