Note: This article is reprinted from the August 2013 issue of Collectible Automobile.

By the mid Sixties, Jeep’s dominance of the then-small four-wheel-drive market was being challenged by the International Scout and the Ford Bronco. To retaliate, Kaiser Jeep Corporation went Commando.

The Commando line started with the $2466 roadster, a $2548 pickup, and a $2749 station wagon. The most expensive Jeepster was the convertible at $3186. The convertible dropped the Commando name from its handle, but added two-tone paint and a “Continental” spare tire. Inside were vinyl bucket seats, vinyl-trimmed door panels, and a simple car-type instrument panel. The stylish convertible was the spiritual successor to the rear-drive Willys Jeepster Phaeton of 1948-51. Although attractive, the first Jeepster was expensive and proved a slow seller. The new Jeepster was reasonably priced—especially with standard four-wheel drive. Initial advertising appealed to youth and pitched the Jeepster as a vehicle that was sporty and could go anywhere. The ad headline usually started with “Holy Toledo,” a reference to Jeep’s factory in Toledo, Ohio.

Under the new sheetmetal was a 101-inch-wheelbase chassis from the CJ-6, a longer version of the Jeep CJ-5. The standard engine was the venerable “Hurricane” F-head four with 75 bhp, but the optional 155-bhp “Dauntless” V-6 was needed for good performance. Car Life tested a V-6 Jeepster and recorded a 0-60-mph time of 12.6 seconds with a top speed of 87 mph—respectable figures for a vehicle with off-road capability. The optional 225-cid V-6 was originally a Buick engine, but General Motors sold the tooling to Kaiser Jeep in time for Jeepster installation. (After the OPEC oil embargo, Jeep’s new parent company, American Motors, sold the tooling back to GM, where it evolved into the popular 3800 V-6.)

For 1968, the convertible gained a hinged tailgate and a revised top. The price rose to $3442. Only 422 Jeepster convertibles were built that year—including the one featured here. When John “Pat” Hughes of Johnsburg, Illinois, bought it about 10 years ago, it was “trash.” But Mr. Hughes spent more than 2000 hours on an off-frame restoration to bring the Jeepster to its current condition. The payoff for the effort was a first prize at a 4-Wheel and Off-Road Jamboree Nationals in Indianapolis that attracted more than 3800 vehicles.

This Jeepster has the optional V-6 mated to a three-speed GM Turbo Hydramatic 400 automatic transmission. Mr. Hughes loves driving his Jeepster—usually with the top down. He reports that it handles well for a four-wheeler and the engine has more than adequate power. Because of the “odd-fire” V-6’s unevenly spaced firing impulses, the engine is rough at idle, but smooths out once moving and it cruises comfortably at 65 mph, he says.

The Jeepster was a success with 77,573 units built (an average of about 11,000 a year) by the time production ended in 1973. A larger Wagoneer-derived Cherokee replaced it for ’74. While the Cherokee proved to be a stronger seller than the Jeepster, it could never match the dash of a Jeepster convertible. 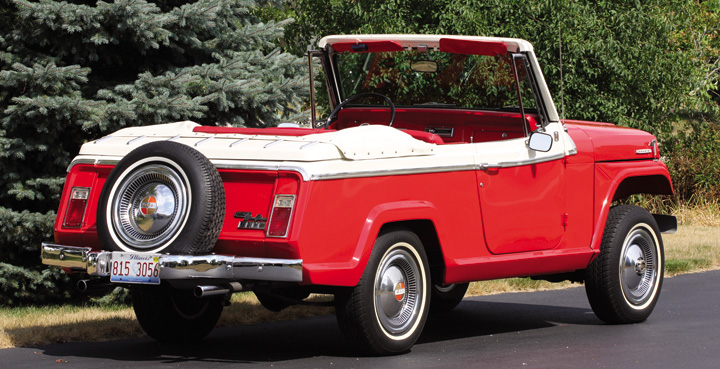 With a $3186 starting price, the convertible was the most-expensive model in the Jeepster line. 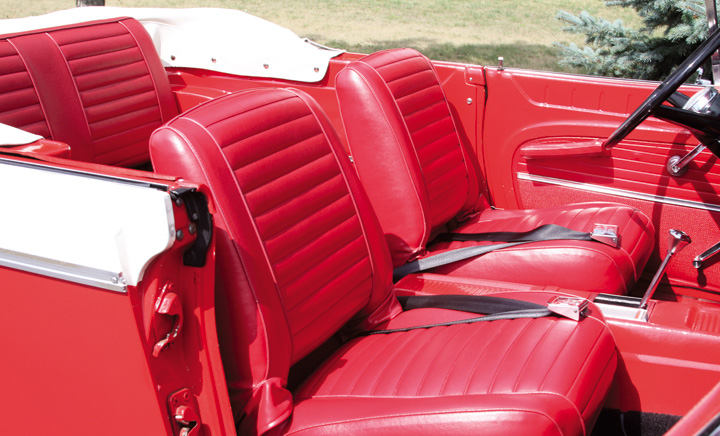 This Jeepster’s shifter is hooked up to a General Motors-sourced three-speed Turbo Hydramatic automatic transmission. 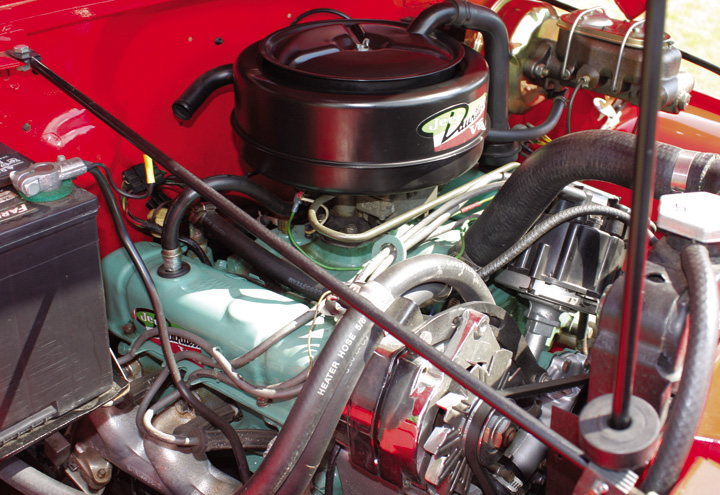