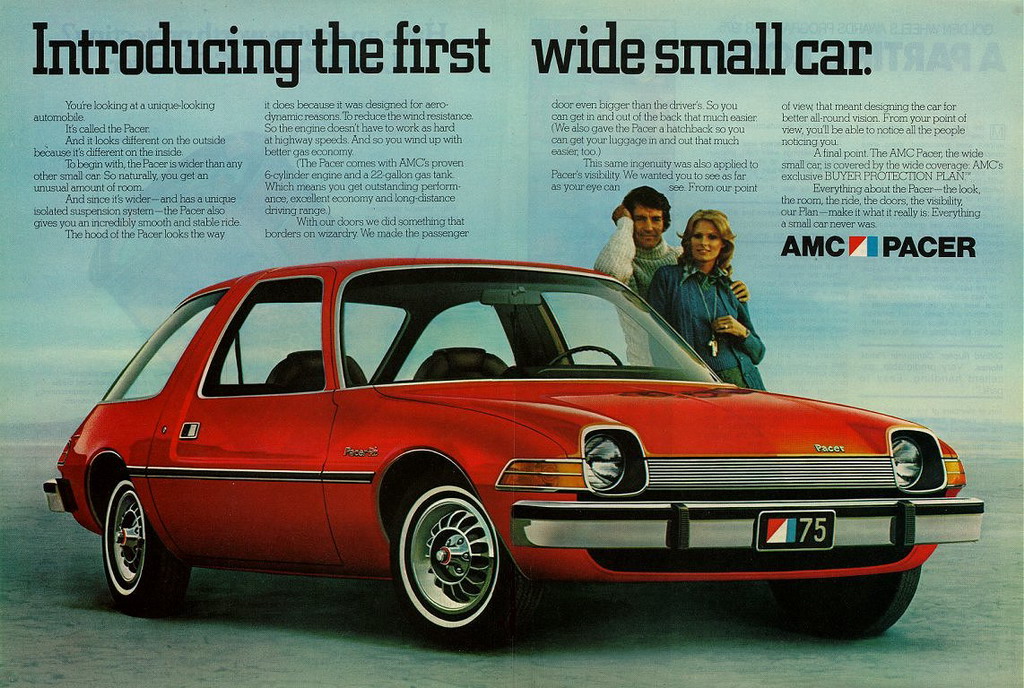 Sure, she’s happy about the 1975 AMC Pacer now, but wait until she tries the air conditioning on a hot day.

You see it in all types of advertising. The approving look, often from some tough critic, that validates a purchase decision. We know from advertising, for example, that really cool moms stock the fridge with Sunny D. We know this, because their kids told us so.

Likewise, we learn from beer commercials that party-seasoned guys of color will nod approvingly at awkward white guys that can muster up a resupply of Bud Light.

But moms and suburban white guys have nothing on men looking for some affirmation after shelling out most of a year’s salary for a set of wheels. Collected here are five classic auto ads, each of which clearly suggests that the lady depicted is duly impressed by her man’s new ride. Good thing, because the down payment on that car probably came out of the “Trip to Hawaii” cookie jar.

Just an observation: we’re guessing that the young lady in the Pacer ad bought Mr. Pacer that sweater as an anniversary present. Dude’s on a short leash.

She’s happy about the car, and we’re glad the makers of Cialis don’t work with this ad agency. 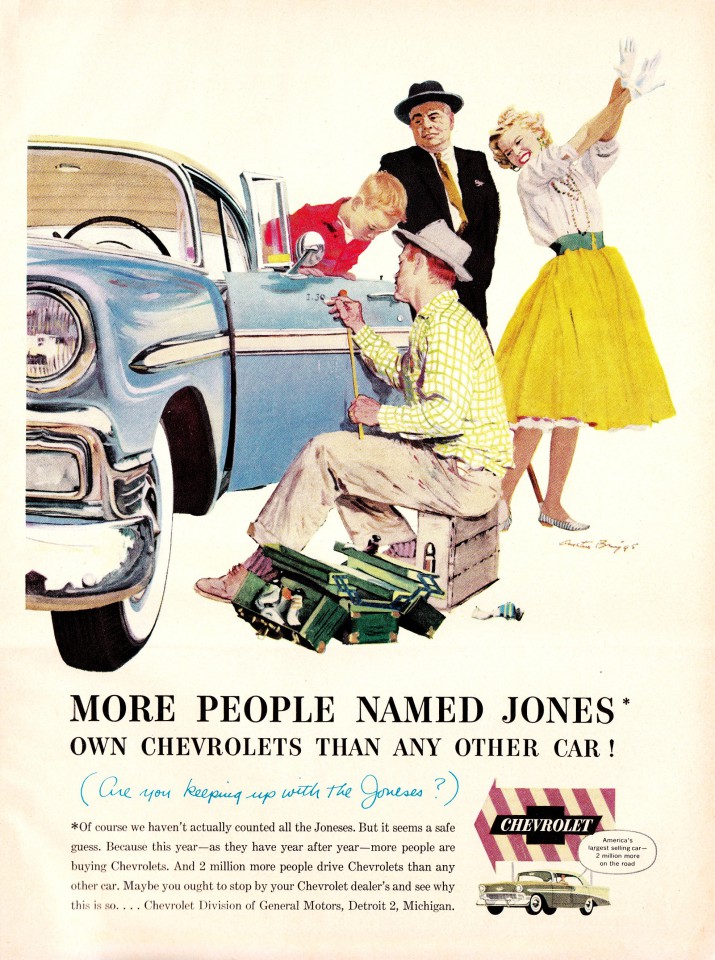 Okay, the ’56 Chevy is nice, but this guy is trying way too hard. A monogram, really? 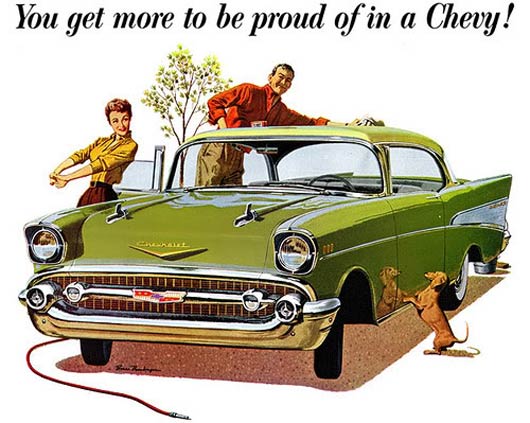 Looks like the little lady AND Rover approve of this guy’s purchase of a ’57 Chevy. 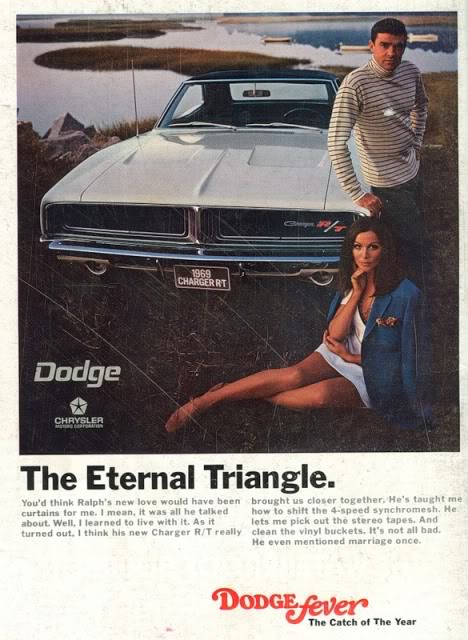 “He lets me clean the vinyl buckets.” She’s clearly under the spell of this ’69 Dodge Charger.