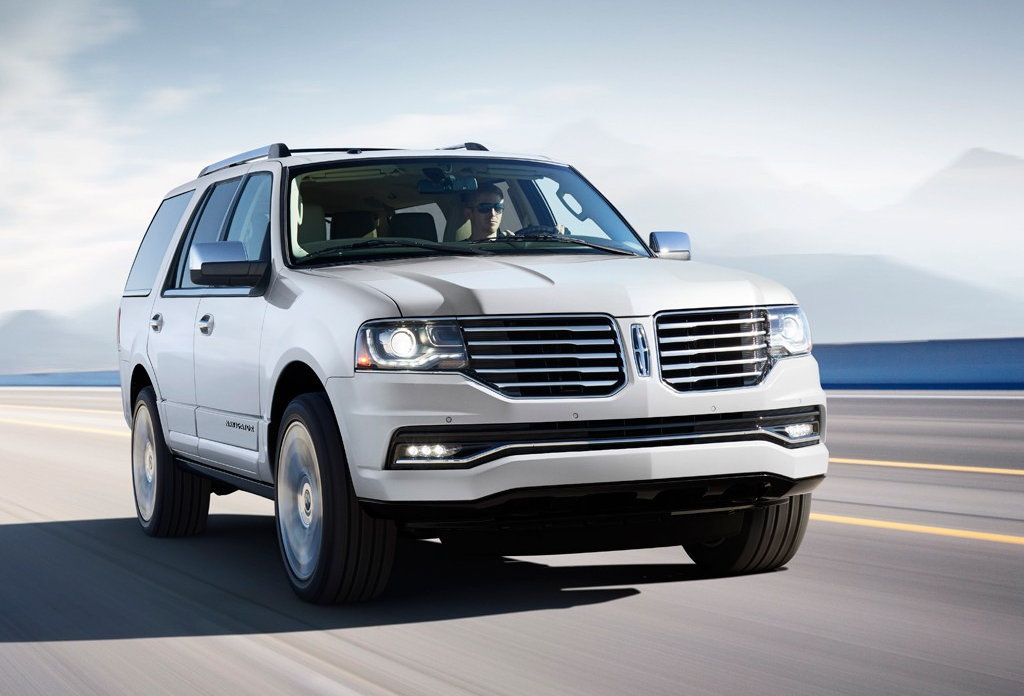 The Lincoln Motor Company introduces the new 2015 Navigator, offering a fresh interpretation of a classic vehicle that has long defined the full-size luxury sport utility segment.

At the Chicago Auto Show on Feb. 6, the public will get its first look at a new Navigator that takes on a changed presence for the 2015 model year. Exterior design changes are accentuated by the reintroduction of Lincoln’s iconic split-wing grille. Interior enhancements include luxurious leather and additional customer-focused technologies. The more refined appearance complements enhanced power and hauling capabilities that Navigator customers demand.

As with current-generation models, the 2015 Navigator will be available in standard-length (207.4 inches) and extended-length (222.3 inches) versions.

Luxuriously appointed interior
Navigator has long been synonymous with large-scale luxury. On the 2015 Navigator, the Reserve Package introduces a new level of luxury to the vehicle’s interior, providing customers with:

Designed to seat up to eight people, Navigator offers buyers second-row options that include two captain’s chairs, with or without a center console, or a fold-flat bench. Due in part to Navigator’s patented independent rear suspension, which allows for true fold-flat, PowerFold® third-row seats, extended-length and standard wheelbase models are projected to deliver segment-leading cargo volume.

“We have this iconic vehicle with untapped potential,” Bannon said. “Now it’s got more of what our customers want. It’s got the new Lincoln design DNA on the exterior, a redesigned instrument panel, a leather Reserve Package, 22-inch wheels. Once we were able to include all of those elements, I knew we had a winner.”

A smoother, more powerful ride
Replacing the 5.4-liter V8 that has powered Navigator for years is a more powerful and fuel-efficient 3.5-liter EcoBoost engine.

The twin turbocharged, direct injection engine is projected to deliver at least 370 horsepower and 430 lb.-ft. of torque, according to preliminary test data. Final numbers will be available closer to production. The 3.5-liter EcoBoost is also projected to deliver best-in-class towing. 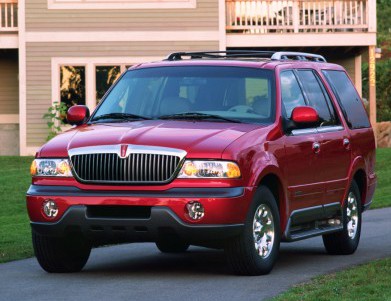 The new Navigator swaps a 5.4-liter V8 for a 3.5-liter “EcoBoost” V6. A previous-generation model is shown here.

Navigator features a six-speed automatic transmission with Lincoln’s SelectShift, which allows the driver to manually control gears if desired. The vehicle is available in both four-wheel-drive and rear-wheel-drive configurations. The available Control Trac Four-Wheel-Drive system enhances traction on slippery surfaces, helps improve handling on dry roads and enables off-road capability.

Helping make this the best-handling Navigator ever is the addition of standard electric power-assisted steering. This allows for more consistent and precise control of the vehicle through a range of speeds while simultaneously making it easier to maneuver at low speeds, and in particular making it easier to park.

The Lincoln Drive Control option adds Lincoln’s Continuously Controlled Damping (CCD), a suspension system that monitors multiple vehicle sensors and road conditions every two milliseconds and adjusts the suspension needs accordingly. CCD also provides a smoother and improved ride – best-ever for Navigator – and allows the driver to customize the ride of the vehicle by selecting one of three different control modes: Normal, Sport and Comfort.

Navigator also offers driver-friendly Hill Start/Descent Assist. When parked on a hill with a grade of five degrees or more, the vehicle remains stationary for up to two seconds after the driver releases the brake pedal.

Technology-based luxury
Illuminated “welcome mats” beneath both front doors greet Navigator owners when they press the “unlock” button on the key fob.

A passive entry system allows owners to enter without using a key. The system senses when the key fob is in range of the door and allows for keyless access via a door-mounted button. Inside, a push-button start allows for keyless engine ignition.

The latest SYNC® with MyLincoln Touch™ driver connectivity system is standard. The system allows drivers to use voice-activated or touch screen controls to make phone calls, play music, use the navigation system or set cabin temperature controls. The system includes 4.2-inch LCD displays in the instrument cluster, an 8-inch touch screen in the center stack and traditional knob controls for easy operation.

The available Blind Spot Information System (BLIS®) signals when another vehicle is detected in an adjacent lane behind either rear wheel. Standard for 2015, Navigator also introduces a new rearview camera, which displays a color image on the 8-inch touch screen for help when driving in reverse.

Rebirth of an icon
Navigator was wildly popular the moment it hit the streets in the late 1990s, and spent more than a decade as one of the top-selling vehicles in the segment. Featuring seating for up to eight passengers, luxury cues typically reserved for sedans and cargo space and towing capacity to haul virtually anything, Navigator set the full-size luxury SUV standard.

It was an immediate success, accounting for 41 percent of in-segment sales by the 2000 model year. Aiming to recapture that glory, the 2015 Navigator offers nearly two dozen upgrades from the current generation.

“Navigator has retained some of the most loyal following in the segment for more than a decade,” said Jim Farley, executive vice president, Ford global marketing, sales and service and Lincoln. “Among Lincoln owners, more than 70 percent have been return customers – purchasing the vehicle for its power, for its beauty and for its capability, and this new Navigator gives them more on all three fronts.”

Production of the 2015 Navigator is scheduled to begin late this summer at the Kentucky Truck Plant in Louisville, Ky., and vehicles are due in Lincoln showrooms in early fall.