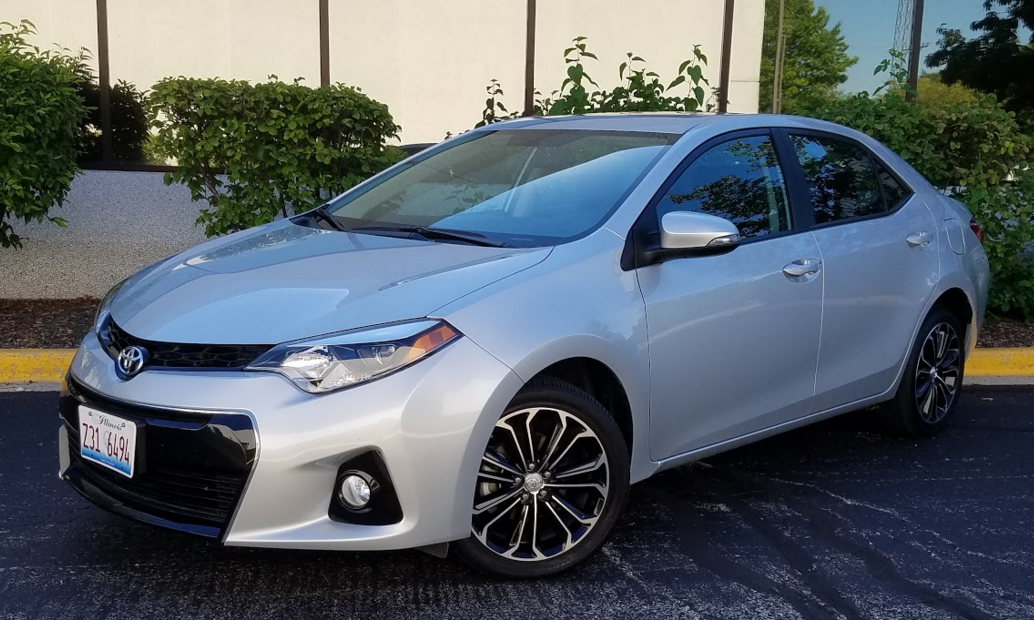 The not so good: Sickle-shaped trunklid hinges and restricted pass-through reduce cargo capability, driving personality isn’t as lively as some class rivals 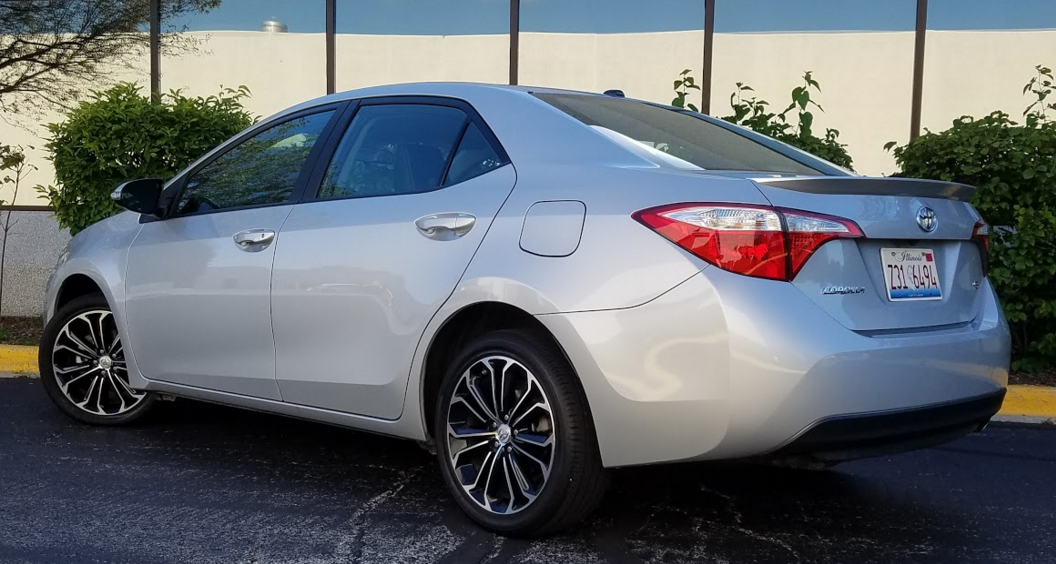 The base 2016 Toyota Corolla L with manual transmission starts at $18,135 including destination ($18,735 with 4-speed automatic), while our sportier S came in at just under $24,000. That price includes a subtle rear spoiler.

Corolla is one of the longest-running nameplates in all of autodom, and it consistently ranks as one of the most popular cars in the U.S.; often, it’s within the top three in terms of sales volume. There has to be a reason.

Actually, there are several.

Granted, carrying the coveted Toyota badge has a lot to do with it, as does the established Corolla name. But in terms of the car itself, much of its appeal is that there’s little that would turn a prospective buyer off.

In automotive circles, the Corolla might be viewed as rather bland, and it seems Toyota has picked up on that. A couple of its cars have adopted more aggressive-looking “gaping mouth” grilles — including the Corolla — and our tested S Premium was shod with racy-looking 17-inch alloy wheels, a subtle rear spoiler, and some sporty interior touches.

Corollas have been given a larger, lower-mounted grille that gives them a brawnier look, something that was augmented on our S Premium with 17-inch alloy wheels.

In terms of the usual rated categories, Corolla falls mid-pack in most areas. Performance is adequate, ride and handling lean toward the “comfort” side (though the S moves the needle a bit toward “sport”), visibility is good, and the control layout is fairly simple and intuitive. Better than most is rear-seat room; slightly below average is cargo versatility, as sickle-shaped trunklid hinges dip into the load area when the lid is closed, and there’s a rather small pass-through with the rear seat backs folded.

S Premium models are fitted with SofTex faux-leather upholstery and some sportier interior furnishings. Corolla trunks are fairly large, but the sickle-shaped hinges impinge on cargo space, and the pass-through created by dropping the rear seat backs is a bit restricted.

Several compact competitors have been redesigned of late, while the current Corolla dates “all the way back” to 2014. And in some ways, it shows. Toyota has been good about keeping the Corolla in pace with infotainment expectations, but it’s now lagging a bit in high-tech safety features — something that’s been at least partially corrected on the 2017 models, with the commendable addition of Toyota Safety Sense-P as standard equipment. (This package of safety features includes forward collision warning and mitigation with pedestrian detection, lane-departure warning and mitigation, adaptive cruise control, and automatic headlights.)

Many buyers will be drawn to competitors with sportier, more modern looks, but it’s likely the Corolla will again beat them all when it comes time to sign on the dotted line.

At least in S Premium guise, the Corolla cuts a rather rakish profile, which only adds to its appeal as a solid compact-car choice. However, rival compacts such as the Ford Focus, Honda Civic, and Mazda 3 are more engaging to drive.