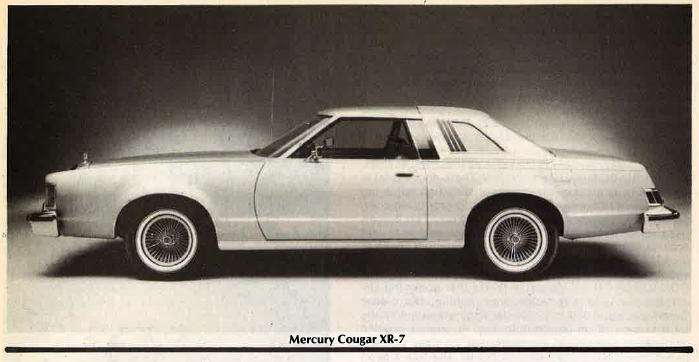 By the mid-Seventies, Mercury wasn’t selling much beyond gussied up Fords. Wedged between Ford and Lincoln in FoMoCo’s family album, Mercurys were charged with drawing a customer type that was somewhat more affluent than Ford intenders, yet nowhere conservative enough to commit to a Lincoln.

While the “upgraded Ford” product plan led to some fairly uninteresting products (think Monarch and Montego) sometimes Mercury struck gold. One such time was when the division rolled out the downsized 1977 Cougar.

Like other Mercury products of the day, the Cougar was really just a redecorated Ford model—in this case, the Thunderbird. But despite its relatively humble roots, the 1977-1979 Cougar was a massive sales success.

Though not the fastest, most luxurious, or most practical Cougar ever built, the 1977-1979-generation Cats hit on the magic triumvirate of style, substance, and price.

Though they were downsized (and lost about 300 pounds in the process), the new Cougars looked long, and thus suffered little loss of presence.

Note that for 1977 Mercury added sedan and wagon variants to the Cougar lineup. Neither of these models did much sales-wise, and remain to this day more of a trivia-question answer than real models.

Shared below is Consumer Guide’s original review of the 1977 Cougar, as seen in the Auto ’77 magazine.

If you remember spending any time with one of these popular Mercurys, please tell us about it. Be sure to mention whether or not the car you experienced was equipped with velour upholstery. 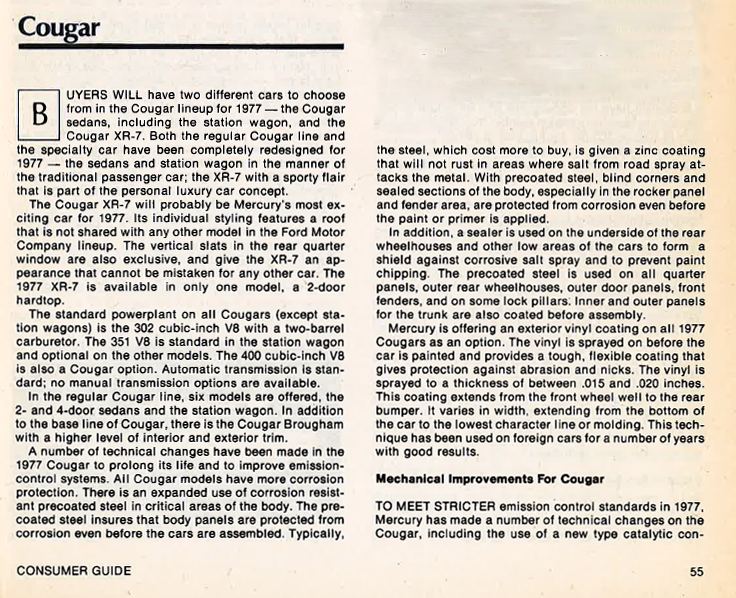 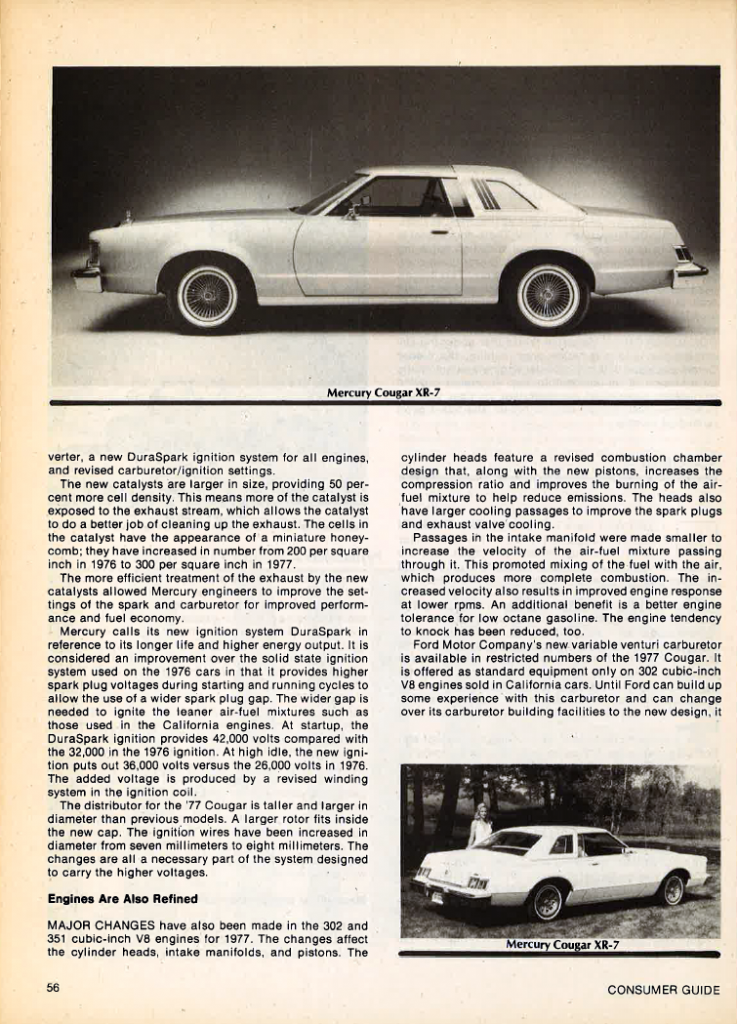 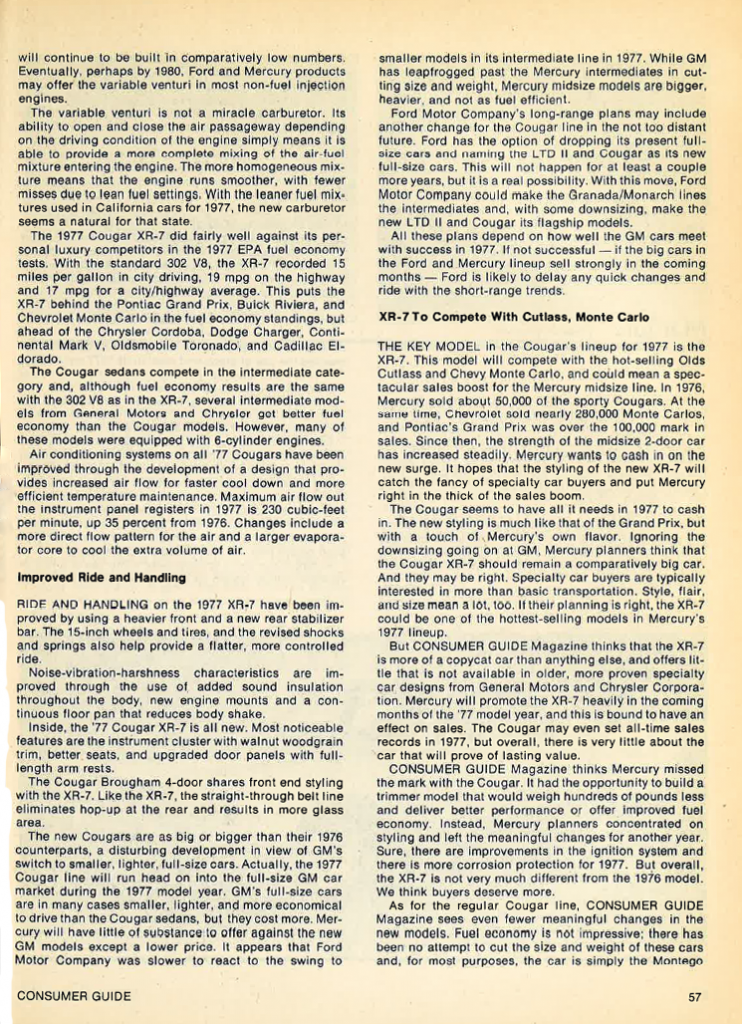 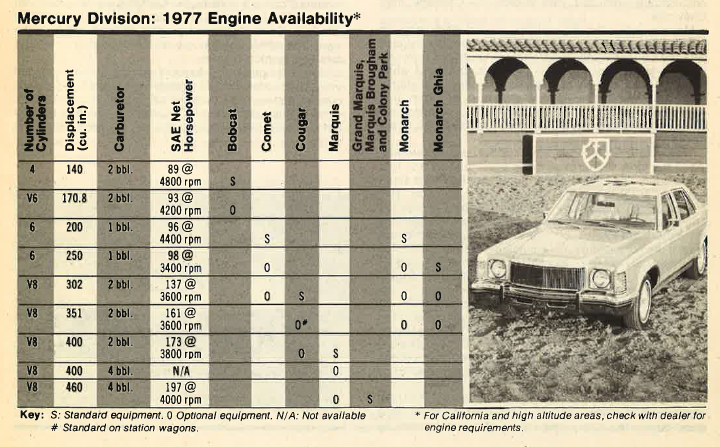