People Watching at the Gas Station 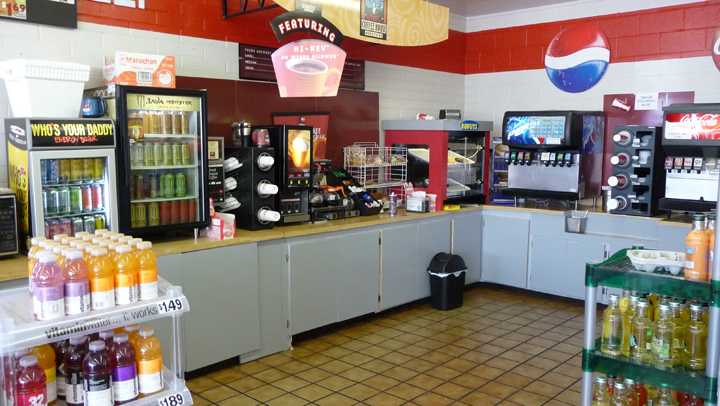 Here’s where the mini-mart guys load up before irritating the crap out of everybody in the checkout line.

If you can, avoid driving through someplace for your morning caffeine. The line is often inexplicably held up, and the alternative is infinitely more entertaining. I recommend getting out of the car and venturing into your local gas station mini-mart for some good old-fashioned commuter-time people watching.

I take my caffeine cold, and nothing can make or break my morning routine like the presence of Diet Pepsi. Luckily for me, the gas station around the corner from Consumer Guide global HQ features Diet Pepsi on tap, available in cups large enough for comfortable trans-Saharan travel.

After a couple years of visiting the place four to five times a week, I have identified five groups of people that make up at least half of the gas station’s morning-commute clientele. I’d guess that there’s a fairly universal quality to these customer types, and that you know a few of them yourself. Got your own list? Let’s hear it.

Monster Guys
Always men, always young, and usually dressed in a shirt and tie, these guys spend big money daily overtaxing their hearts. By Monster, I mean the energy drink, and by overtaxing, I mean two 16-ounce cans of this street-legal liquid crack. And because caffeine and taurine aren’t enough, about half of these guys pick up a pack of Marlboros as well.

Lottery Guys
I’ve heard the lottery described as “a tax on people bad at math.” Still, if you want to play, that’s cool with me. But, if you’re about to spend 10 minutes scanning losing Mega Ball tickets and futzing around with scratch-off games, DO IT WHEN EVERYONE ELSE IN LINE ISN’T TRYING TO GET TO THE OFFICE. You’d think that, having won five bucks on a scratch-off ticket, you’d know what you want to do with your payoff bonanza before being asked, but invariably, this isn’t the case. Turns out, no one in the history of scratch-off tickets has ever just won five dollars and taken the cash. It is apparently necessary to spend your winnings on five new tickets, each of which must be different—apparently, Lucky Cash Bingo and Buckets of Moolah are very different things—and very slowly and deliberately selected. 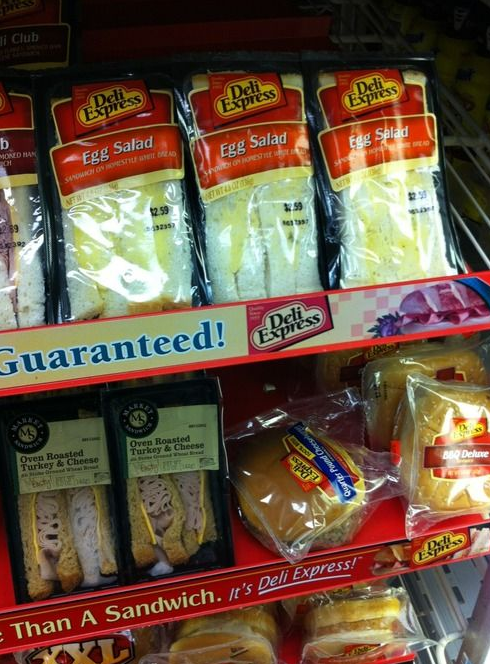 Breakfast and Lunch Guys
These are always guys and usually, seemingly, laborers and tradesmen. And, I’d wager, they’re unmarried. Breakfast and Lunch Guys, no doubt for reasons of convenience and simple laziness, purchase all of their food for the day at the mini-mart. A typical purchase might include two large bottles of Gatorade, a McMuffin-like breakfast sandwich or two, two frozen burritos, and a can of Pringles. I’ve often wondered about the burritos in regards to worksite access to microwave ovens.

Small-Talk Guys
I’m not unfriendly, but if I don’t know you, a pleasant nod is enough. Not for Small-Talk Guys. Often finding limited success striking up conversations with customers in line at the register, Small-Talk Guys typically unload a grenade of chatter on hapless, often young and female cashiers. It’s amazing to what depths a small-talker will sink to launch a conversation. “Say, I see you moved the lighters to the other side of the counter.” “Have you guys always stocked Marlboros?” And the classic “Did you order this weather?” The most sinister move these guys employ is the Half Step Aside Maneuver (HSAM). This brilliant trick allows attention-starved talkers to suck the person behind them in line into their swirling vortex of vapid babble. A good small-talker can hold his position at the register for extended periods of time while allowing four to five other customers to pay for their purchases, all having been forced to engage in at least some nominal amount of pointless chatter.

Horrible Guys
Some people can’t just be unhappy alone; they need to spread their murky dissatisfaction with life to everyone within earshot, often in the most tepid, passive-aggressive way possible. Typically, a Horrible Guy will be in line in front of you and mumble, just loud enough for you to hear, that the coffee is cold, or the gas pump was dirty, or that he couldn’t find the napkins—whatever. The trick is that this person never actually looked at you but definitely meant for you to hear their complaint. When the cashier innocently asks, “How are you today?” Horrible Guy will respond with the likes of, “It would be better if you guys filled the napkin dispenser.” When the cashier apologizes for the inconvenience, a well-practiced Horrible Guy will mumble something incomprehensible to her, turn his head to look at the next person in line, and roll his eyes. Classic move.

I wonder, if someone else had created this list, if Huge Diet Pepsi Guy would be on it.