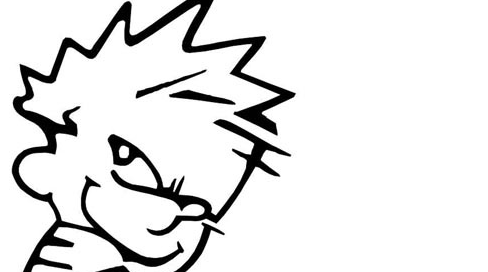 Given how hard he’s working to help motorists profess their hatred for certain brands, it’s hard to imagine Calvin isn’t suffering from a kidney disorder by now.

A bumper sticker isn’t a tattoo. I get that. Unlike tattoos, bumper stickers and sundry window appliqués aren’t generally very expensive, and can usually be removed without too much difficulty. But, just as people often draw conclusions about folks with tattoos based on their tattoos, other drivers will judge you based on the stuff you’ve plastered on your bumper.

I’d argue that most bumper-sticker-sporting folks applied those decals without having given too much thought as to what those stickers say about them. A mistake, as those casually applied stickers speak volumes to the people reading them in traffic.

Sure, you might be sick of “My Kid is an Honor Roll Student…” bumper stickers, but it’s hard to fault a parent for being proud of their kid. Other bumper stickers, however, induce little but a wince and a sigh, and possibly some trepidation regarding that driver’s state of mind.

Here I present three commonly seen bumper stickers that give me pause. 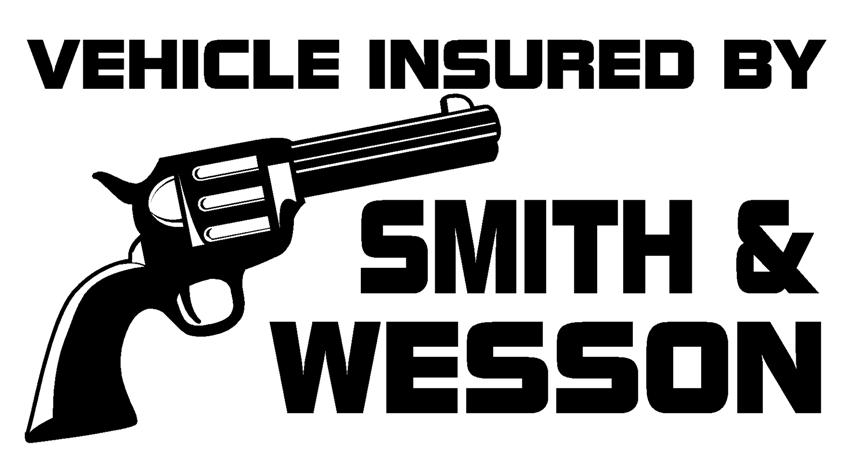 Turns out the maker of Smith & Wesson firearms do not sell automobile insurance.

Intended message: Don’t mess with me

This one is a head-scratcher. The last time I checked, most gun companies won’t repaint your vehicle after a hailstorm, and police won’t accept bullets as proof of insurance.

Frankly, I find this sticker a little passive-aggressive. I think that someone threatening to brandish arms in the case of a traffic fracas should have a bumper sticker that communicates more precisely what’s on the driver’s mind, something along the lines of “Cut me off and I will shoot you.”

Unintentionally, the driver of this vehicle is inviting scofflaws to break into his truck (it’s never a car). Turns out that Smith & Wesson handguns are pricey items, ranging anywhere from $400 to $2000. Anyone with that kind of extra money is bound to have valuables stashed in his glove box, maybe even a nice pistol. 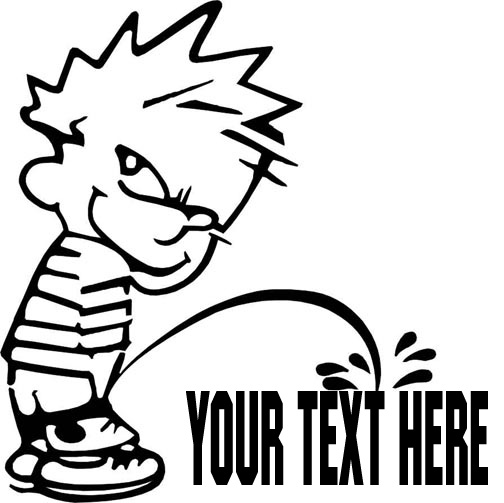 If you hate it, Calvin will pee on it for you–just not in an officially licensed sort of way.

Intended message: My stuff is cool, your stuff sucks

Received message: I have never researched a major purchase in my life

I can’t say when Calvin began peeing all over Chevy and Ford logos, but suffice it to say, if there’s a brand Calvin hasn’t spritzed, it’ll happen soon enough. I’m rather keen to see my first Lexus sporting a Calvin-peeing-on-a-Mercedes-logo sticker. Soon enough, I’m sure.

I get brand loyalty. I openly admit that I am a long-time Volkswagen guy, but I don’t see myself extracting much joy from accessorizing my wife’s Jetta with a tinkled-on Mazda logo.

As Calvin and Hobbes creator Bill Watterson has staunchly refused to license images of his beloved characters, even for baby clothes and kids’ back packs, one must assume he hasn’t suddenly decided that there’s gold to be had in selling out to the peddlers of decals depicting scenes of urine-based brand humiliation. Assume then, that the purveyors of said stickers are not tax-paying pillars of the community. 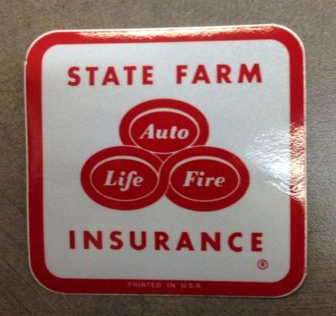 If this sticker is on your car, we’re guessing your Facebook page is a real hoot.

Intended message: I am in full compliance with the motoring laws of this state

This person’s eHarmony profile probably reads like this, “Well-groomed middle manager looking for someone who is punctual, saves receipts, and knows when the water softener was last serviced.”

This is the kind of guy who turned in term papers early, consults Consumer Reports before choosing a casual-dining restaurant, and denies any difference in taste between Pepsi and Walmart’s house-brand cola.

I can’t say what prompts a person to share with the motoring world news this mundane, but I suppose it’s better than more personal info—though I’m sure the marketers of Haines, Compound W, and Preparation-H wouldn’t mind a few square inches of their own ad space on this guy’s bumper.