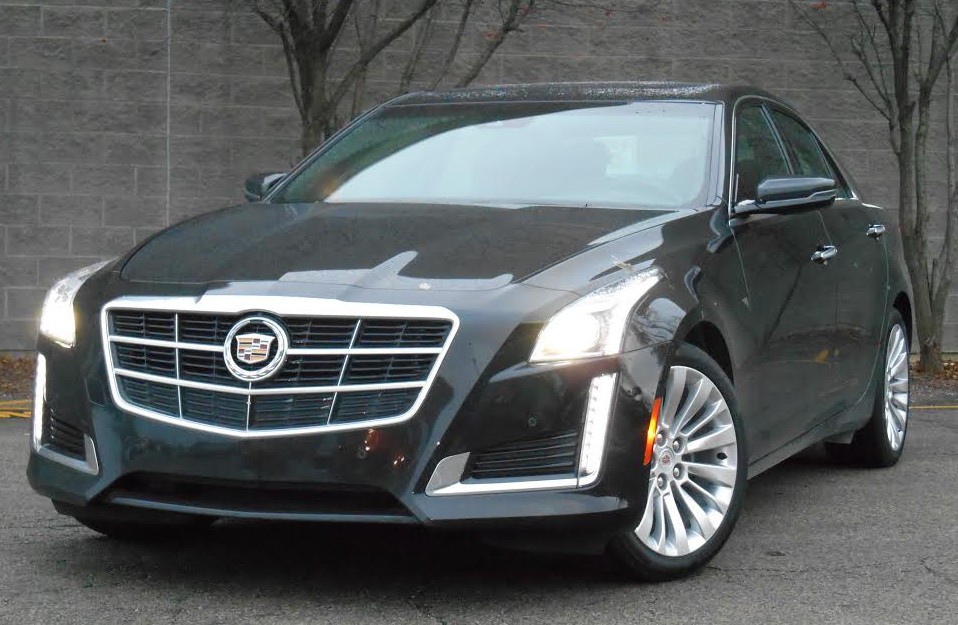 The not so good: Complicated control system, limited rear-seat space

In terms of exterior design, Cadillac’s new-for-2014 CTS is a dazzling evolution of the radical “Art and Science” motif that debuted on the original CTS in 2003. Along with the ATS and XTS, Cadillac designers have done an impressive job of re-envisioning the brand’s signature look while keeping it fresh and cohesive across the product lineup. The new interior is equally impressive… it rights some of the minor ergonomic bugaboos of the previous CTS while bringing the fit-and-finish level even higher. Despite the larger exterior dimensions, rear-seat space remains a bit stingy for the class, however.

A centerpiece of most new Cadillacs (CTS included) is the CUE touchscreen infotainment interface I’ve tested several Cadillacs with the CUE system, and I keep waiting for it to grow on me. It hasn’t. I understand the benefits of a touchscreen—it allows for a myriad of virtual buttons and controls in a relatively small amount of dashboard “real estate.” However, CUE also uses capacitive-touch virtual buttons on “fixed” controls, such as those for the stereo volume, climate controls, and heated seats, and, simply put, they don’t work as well as a plain old-fashioned button or knob. Instead of simply twisting an actual knob for the volume control, CUE uses a tedious virtual-button “slider” that requires much more effort to use, especially when the vehicle is moving. I gave up and used the steering-wheel controls. With “tangible” buttons, my success rate with, say, a seat-heater button is 100%. In our CTS tester, it felt more like 60%… turning the seat heater on and off sometimes took as many as 3 or 4 tries for me… apparently my finger was not hitting the virtual-button “area” accurately enough. Aggravating. CUE certainly looks like progress, but it doesn’t always feel like progress.

Our tester was equipped with the base CTS engine, a turbocharged 2.0-liter 4-cylinder with 272 horsepower. (The previous CTS’s entry-level engine was a 3.0-liter V6 with 265 hp.) The new four doesn’t have the regal exhaust note that some buyers might expect of a luxury car that costs around $60K, but it’s still pretty darn impressive for a base engine. It’s not very snappy off the line, but it pulls smoothly and strongly shortly thereafter. Midrange response and passing power are quite satisfying. Also satisfying is the driving experience itself. The steering feels smooth and silky without feeling mushy or vague. Our tester’s 18-inch wheels and sport suspension with GM’s Magnetic Ride Control provide athletic handling, though I found the ride to be a bit “nervous” over some bumps and expansion cracks.

Even with its gaffes, the CTS is a front runner in the premium midsize class. There are plenty of models, powertrains, and options, so finding a CTS to match your tastes should be easy. Just make sure you give CUE a thorough test drive first.

Four-cylinder engines are showing up in surprising places these days. Small turbocharged engines can now be had in Audi’s largish A6 sedan and Range Rover’s trendy Evoque, to name a couple. What surprises me is not that carmakers are working small engines into larger and luxury-oriented vehicles, but that these small powerplants work so well in these applications.

And so it goes at Cadillac. Ignoring the recently introduced ATS, the last American-market four-cylinder-powered Cadillac was the 1986 Cimarron. But unlike the Caddy’s forgettable Duran Duran-era compact car, there’s nothing regrettable about the newly redesigned CTS, even in 4-cylinder guise.

For 2014, the CTS’s base engine is a turbocharged 272-horsepower 2.0-liter four-cylinder unit. Available for those with more expansive wallets is a 3.6-liter V6 that can be had in conventional and turbocharged form. Our test car came with the 2.0-liter four.

Underway, the only clue that this car is motivated by anything less than a very refined V6 is the sound coming from under the hood. There’s thinness to the engine’s tone that hints at its diminutive displacement, and perhaps just the gentlest murmur of engine whine. There’s nothing about the power delivery that confirms your suspicions, however, as there’s ample lag-free muscle from launch, and plenty of immediate thrust for passing and merging. 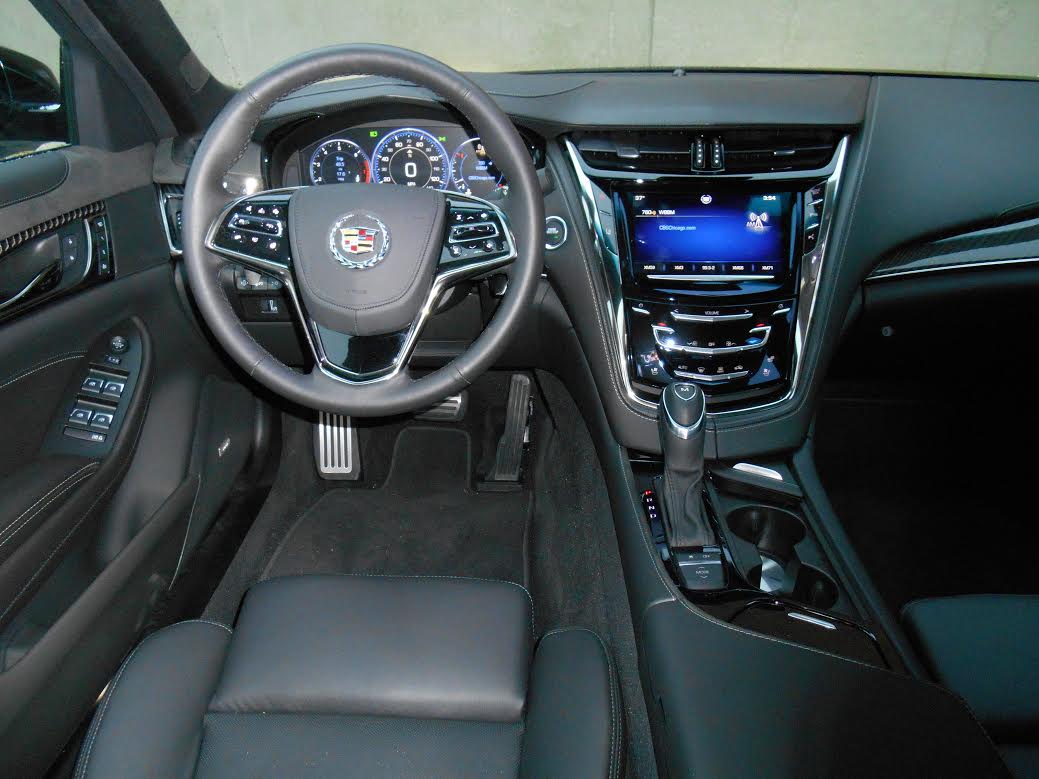 Cadillac isn’t bashful about its use of leather or bright metal trim. The net effect is decidedly upscale.

Supporting the power is rewardingly quick steering and very Euro-sedan-like handling. Cadillac’s goal to create a machine that matches the moves of Audi’s and BMW’s best has been realized.

Inside, Cadillac carries over what I like to call the “overt American-luxury” design theme from the previous-generation CTS. To that end, the car may actually be a little too plush for a sports sedan, by at least ten percent. But, that in-your-face over padding and over gilding is now Cadillac’s calling card, and it presents well. Everything you can see or touch looks and feels top notch. Additionally, seams and stitches line up with almost neurotic precision, unlike Cadillacs of just a generation or two ago.

The CTS’s flaws are few, but two stand out enough to give pause. First, Cadillac’s much ballyhooed CUE digital interface system is a pretty messy thing. The over-busy touch screen is off-putting enough to force occupants into using voice commands for most audio control functions—which should be fine–but response to voice command, combined with the painful confirmation of the voice command, can consume fully 20 seconds. That’s about 19 seconds more than pushing a station-preset button in a 1986 Cimarron would have taken.

Additionally, some drivers and occupants will find the CTS’s ride harsh. I happen to think it’s about perfect, but Damon’s observation regarding side-to-side motions over rougher surfaces is confirmed, and is something that should steer less sport-seeking shoppers into Cadillac’s more softy sprung and much roomier XTS sedan.

I should also note that the rear seat is pretty cramped for adults approaching six feet in height.

Consumer Guide named the 2014 CTS sedan a Best Buy, and I am glad we did. It is fun to drive, competitively priced in the class, and even returns decent mileage given the power. Most impressive, perhaps, is how much fun CTS is to drive powered by its base engine.