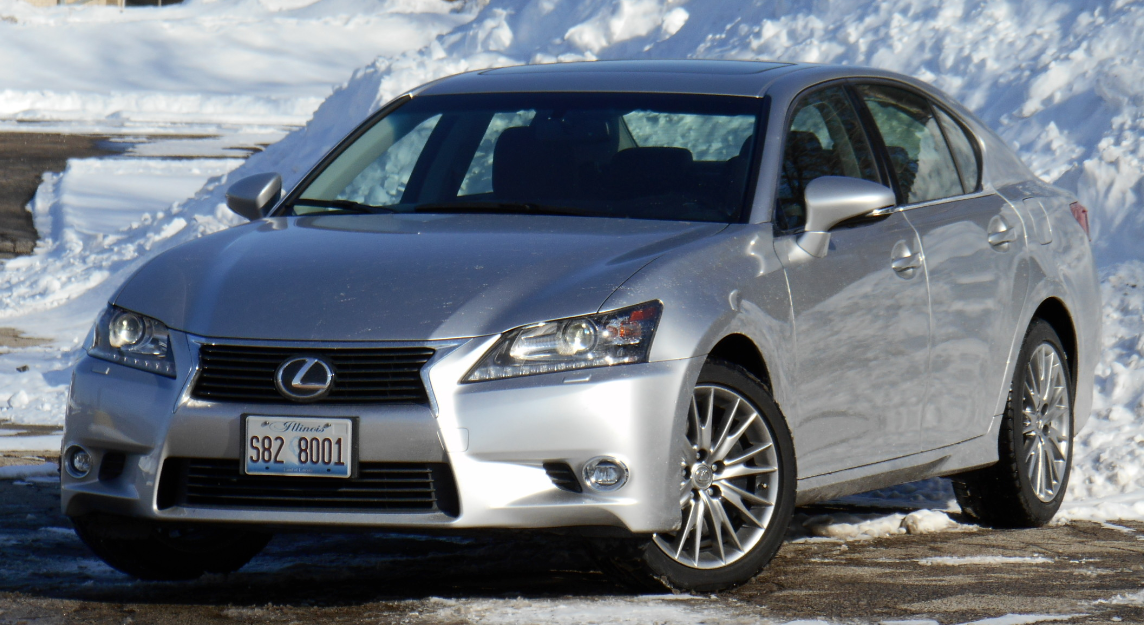 The not so good: Gimmicky adjustable suspension, ride clunk on rough surfaces

We pulled off that out-one-door-and-in-the-other trick when both cars were in our test fleet simultaneously. In terms of outward appearance, passenger room, interior materials, cabin storage, visibility, and quiet, you won’t easily be able to tell one from the other. Ride and handling behaviors between the two models are near doppelgängers, too. When comparably equipped, control location, access, and functionality are the same—for better or for worse. 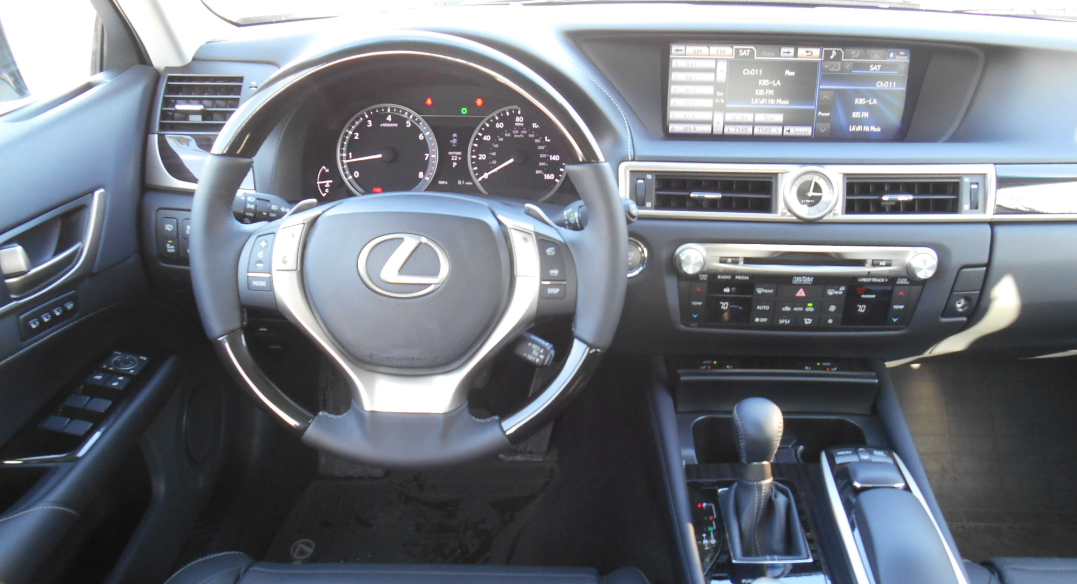 In gray, the GS’s cabin takes on a somber tone, though material and assembly quality are top notch. A test GS 450h being evaluated concurrently sported lighter cabin tones and presented as decidedly more upscale.

As for major differences, the GS 350 will let you get out of the dealership with a bit more of your bank account still intact—at least until you start forking it over faster at the gas station. Plus, the 350’s standard-equipment list is slightly smaller—though most of the “missing” items can be had at extra cost.

Both models are powered by the same 3.5-liter V6 engine, but the hybrid 450h adds the electric motor that helps boost maximum available horsepower to 338, which is 32 more than the GS 350 gets from the gas engine alone. Plus, in place of the 450h’s continuously variable automatic transmission, the 350 uses a conventional stepped 6-speed automatic that shifts fairly crisply without appreciable delay. Indeed, like the GS 450h, the GS 350 can be fairly speedy. But it’s not as thrifty between fill-ups. In a week’s worth of driving—294.8 miles, 51 percent of it under city driving conditions—the 350 averaged 18.98 mpg for me, almost 11 mpg behind my turn in the 450h. EPA ratings for the all-wheel-drive 350 we tested are 19 mpg city, 26 mpg highway; front-drive-only versions are rated at 28 mpg on the open road.

Click into “Sport S+” mode on the 350’s optional Adaptive Variable Suspension and you will notice a little tighter steering and a little firmer ride if you concentrate on those things for a bit. The changes from the base setting are subtle, but they’re there.

Without having to make accommodation for an electric-motor battery pack as the 450h must, the 350 boasts the most trunk space in the GS family. The space narrows between the wheel arches but it does extend farther forward. The lack of the pack also permits the 350 to have a pass-through between the trunk and rear seat.

Thanks to the Luxury Package option, the test GS 350 included highly polished wood accents on the steering wheel, dash, and doors that were so dark as to nearly blend in with the black surfaces around them. Perhaps it made the cabin seem a little “sportier” than the one in the 450h, which was more stylishly dramatic with its satin-finish light-colored wood highlights in the same places. 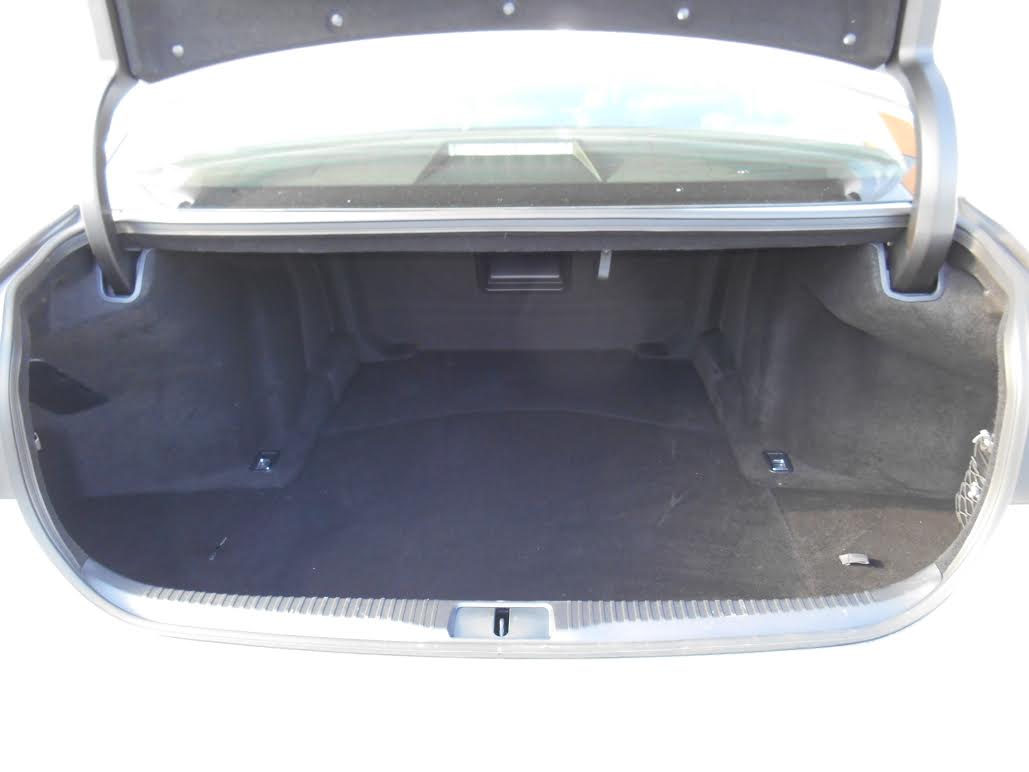 A decently large trunk made somewhat more useful by hidden decklid supports. It’s worth noting that the GS 450h gives up some of this space to accommodate its hybrid battery.

The best thing about the GS, and indeed the best thing about most Lexus models, is the drivetrain. Filtered through a very refined 6-speed automatic transmission, the GS’s 3.5-liter V6 is almost undetectable until pushed, at which time it emits a muted mechanical purring worthy of a car costing another $100,000. Even then, the engine’s not actually loud, just announcing its response to a significant throttle input.

The worst thing about this car may be its small door openings. Getting into and out of a GS requires more squirming by the tall and wide among us than do other cars in this class.

Also an issue is the ride. Though wonderfully settled at speed, the GS tends to pound somewhat gracelessly over the larger potholes and surface craters that now dominate Chicago-area roadways.

Inside you’ll find a classy cabin. It’s worth noting that Consumer Guide tested a GS 350 and GS 450h back-to-back, and that the dark-hued cabin failed to impress nearly as much as the 450’s light wood and tan treatment did. That said, the GS’s interior is made of top-notch stuff and looks to have been assembled by obsessive craftsmen.

I didn’t find much value for the adjustable suspension. The “Sport S+” setting didn’t feel especially sporty, though the Eco-mode option, by way of softening throttle inputs, mostly made stop-and-go driving insufferable.

The GS is a refined, classy, somewhat stealthy luxury ride with an exemplary drivetrain. Prices get high in a hurry if you let them, so consider your options carefully.

Of Rice Burners and Jap Crap, An Open Letter to Idiots