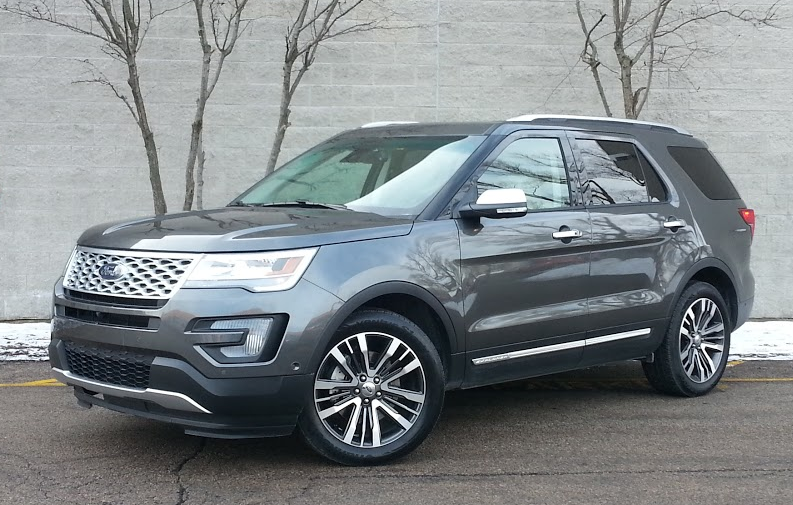 The new-for-2016 Platinum edition of the Ford Explorer comes just about fully loaded at its $53,915 starting price (including destination), with the only options being the 2nd-row bucket seats and console fitted to our $54,760 test vehicle. 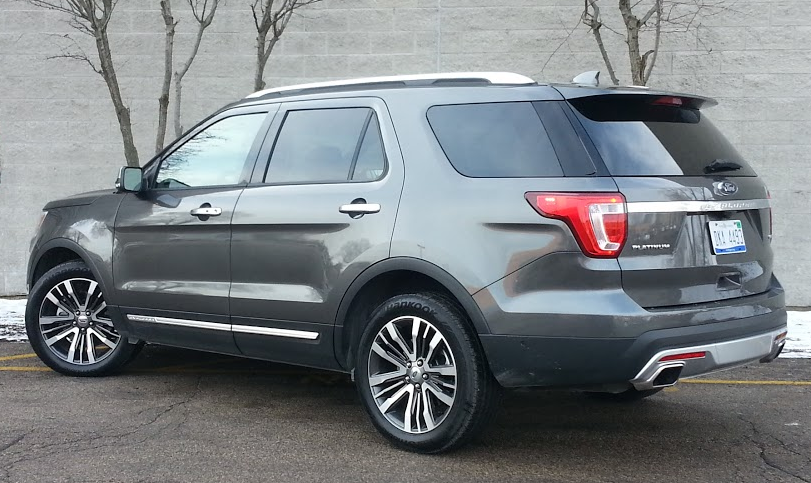 Platinum combines luxury features of the Limited (plus a few more) with the 365-horsepower turbocharged 3.5-liter EcoBoost V6 of the Sport.

Everything goes in cycles. Take vehicle names. Remember when cars were routinely named after animals (Impala, Falcon, Barracuda)? There was a craze for place names, too (Riviera, Monaco, Torino). And why remain earthbound when the limitless heavens offered so much opportunity (Starfire, Comet, Satellite)?

Lately there’s been some interest in exotic metals, titanium and platinum in particular. Ford has made this an either/ore proposition by including Titanium and Platinum models in its 2016 lineup, and it was one of the latter—a top-of-the-line Explorer midsize sport-utility vehicle—that Consumer Guide® editors tested. 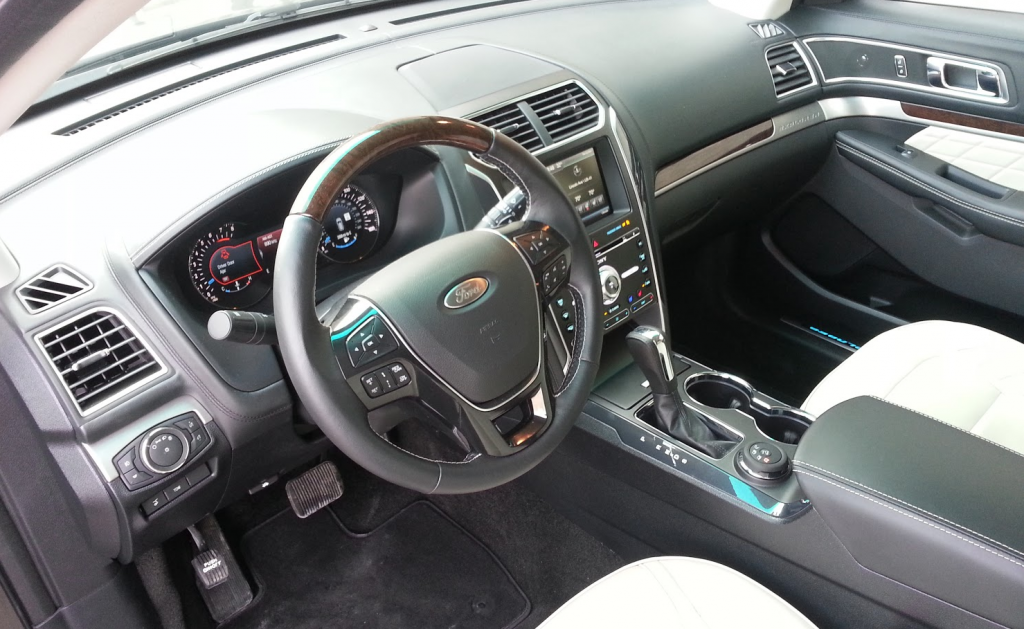 From there the Platinum piles on unique interior features like premium quilted leather upholstery; ash trim on the dash, doors, and steering wheel; and distinct instrument-cluster detailing. The exterior is marked by specific grille and 20-inch-wheel designs, and satin-chrome accents. From the Explorer Sport model the Platinum picks up Intelligent 4WD with Terrain Management System, which manage front and rear power delivery depending on surface condition, and the cherry on top—the turbocharged 365-horsepower 3.5-liter EcoBoost V6 engine.

Mustering a stout 350 lb-ft of torque, the Explorer Platinum can bolt away from stoplights or pass with ease on the highway, all without much ruckus. This highest-powered Explorer engine—joined to a highly effective six-speed automatic transmission—gives the Platinum a 5000-pound towing capability. It doesn’t, however, make it thrifty with fuel. EPA ratings for the EcoBoost V6 are 16 mpg in the city, 22 on the highway, and 18 combined. This driver would have been pretty happy to hit those modest numbers after his 117.2-mile test stint. With 56 percent of his driving in city conditions he averaged just 14.61 mpg.

On the road, this deluxe Explorer feels bigger than it is, which can be a good or bad thing. In terms of handling, it’s a little ponderous for a midsize SUV. Ride is fairly pleasing, though, with pretty good separation between road shocks and seated passengers. Braking is quick and sure. 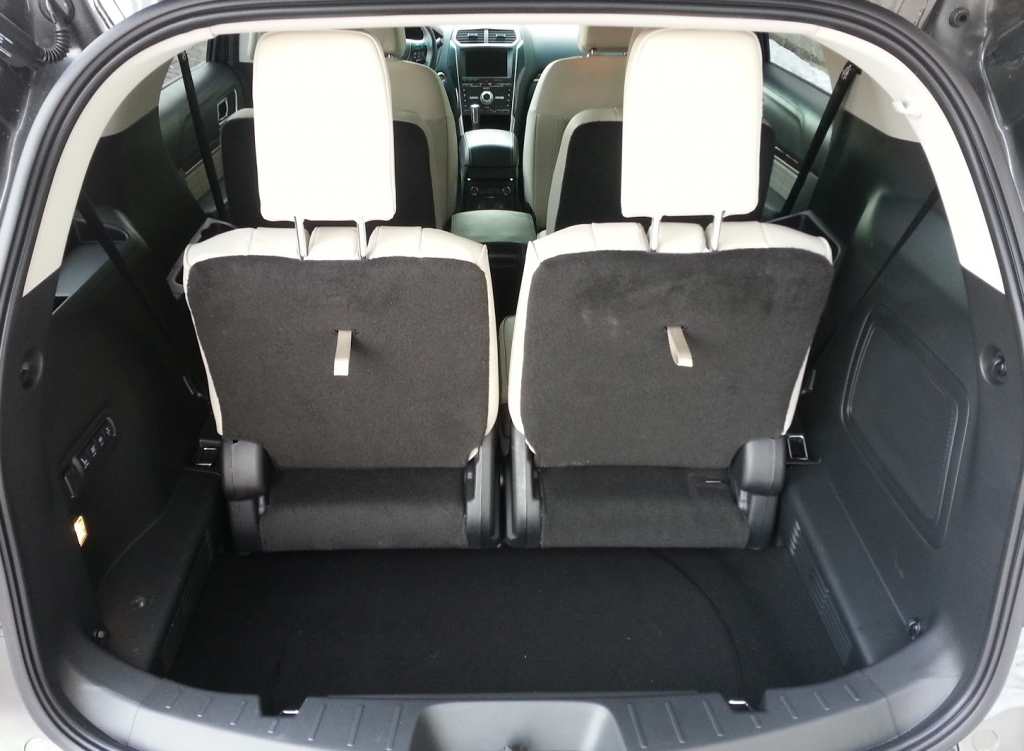 The plush interior fittings provide an upscale environment to see and touch. Seats are comfortable and provide good support. However, legroom seems to decrease row by row. It’s passable for adults in the middle row, but only our younger and more sensitive viewers will be able to fit in the third tier—and may be the only people who won’t find it a struggle to get back there. (The optional middle-row buckets pitch forward to clear a path, but short rear door sills make it hard to get a good foothold for easy access.) Also, headroom is quite good in the first two rows, but less accommodating all the way back.

The colorful electronic instrument cluster offers a wealth of detail that can be summoned by numerous thumb buttons on the steering wheel. This tester didn’t have too much trouble setting up radio presets through MyFord Touch, which registers audio, climate, navigation, and more on a central dash screen. Less successful—hilariously so—were his attempts to use voice commands. When you ask for a certain satellite radio station but the climate-control temperature gets raised instead, it’s time to give up and let your fingers do the walking on the touchscreen.

Interior storage consists of a fairly large glovebox, a moderately sized covered console box, a small open bin under the instrument panel, and a covered receptacle for USB and auxiliary ports. Doors have pockets with bottle holders, though the pockets in the rear doors are quite short. Occupants of all three rows have access to open cup holders. The test vehicle sported an optional second-row console with a shallow storage bin. The lid is hinged to flip forward, creating tray space for middle- and third-row passengers. 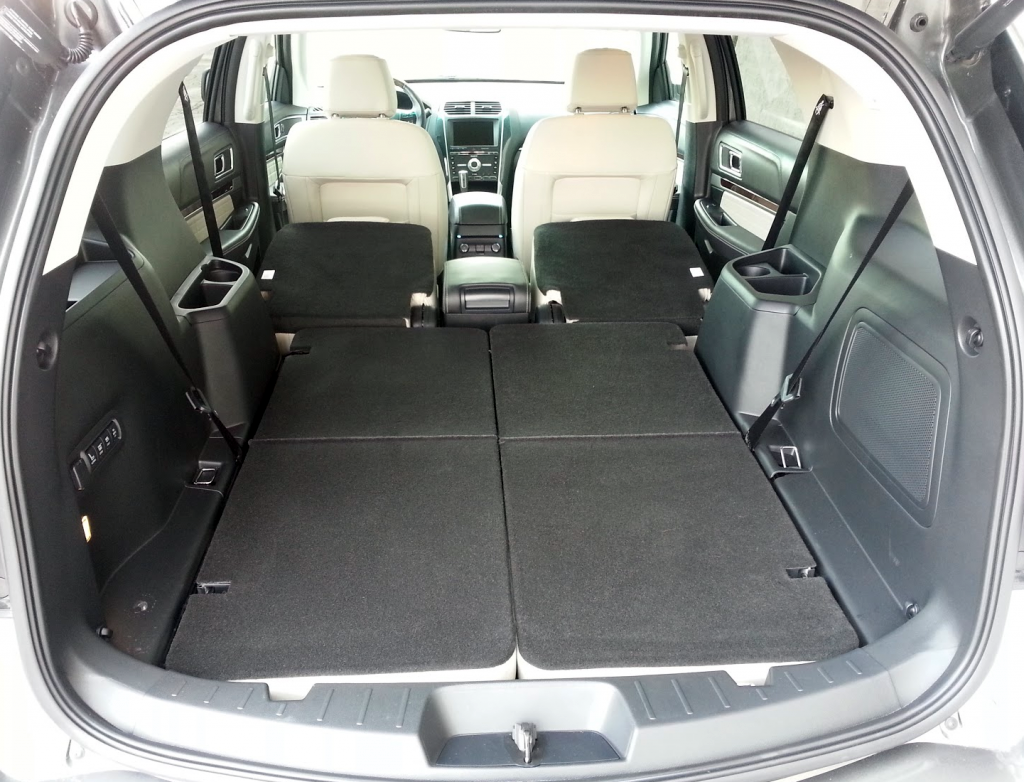 … And great cargo space with both rows folded …

With all three rows of seats up, remaining cargo space is in short supply. The rear seats fold flat at the touch of a button in the cargo hold, and with the middle-row seats folded, a considerable flush load floor is created.

What would it take to get all this for yourself? If you had a four-pound ingot of platinum, you could place the bar on a Ford dealer’s desk, point to a fully loaded Explorer, and tell him or her, “I’ll take that one.”* With the second-row buckets and the removable console box, the only two options available to the Explorer Platinum, the sticker price tops out at $54,760 delivered. However, at that price, the Explorer is solidly in premium midsize SUV territory

—indeed, the topped-out CG “Best Buy” Acura MDX that was recently tested came in at $58,000, and it had a video entertainment system that the Ford doesn’t offer.

Who knows where this metal-names thing will go, but it seems Platinum and Titanium are pretty well spoken for. Molybdenum is still out there though. . . .

*Based on the approximate price of $855 an ounce at which platinum was trading on the day this review was written. 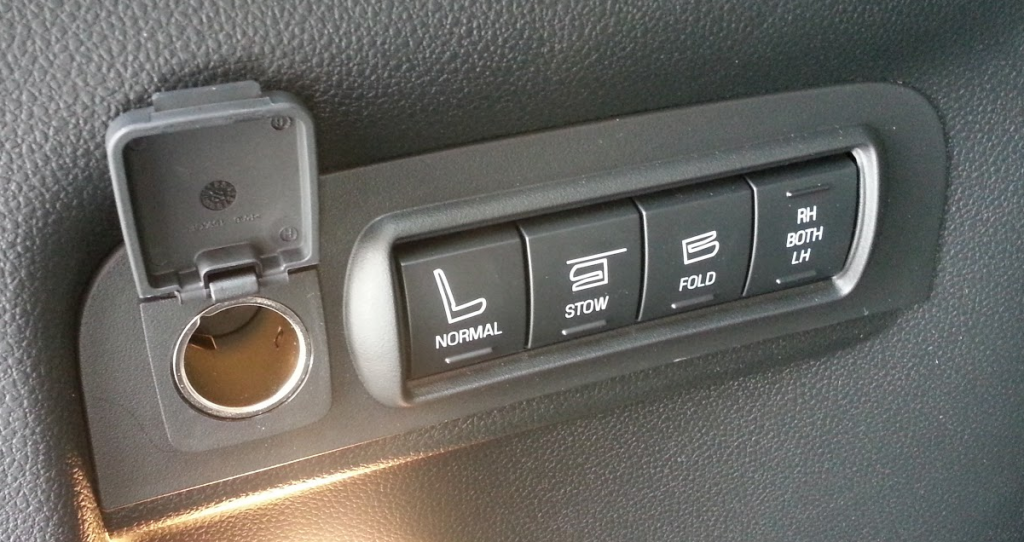 … Which can be accomplished with the push of a button.