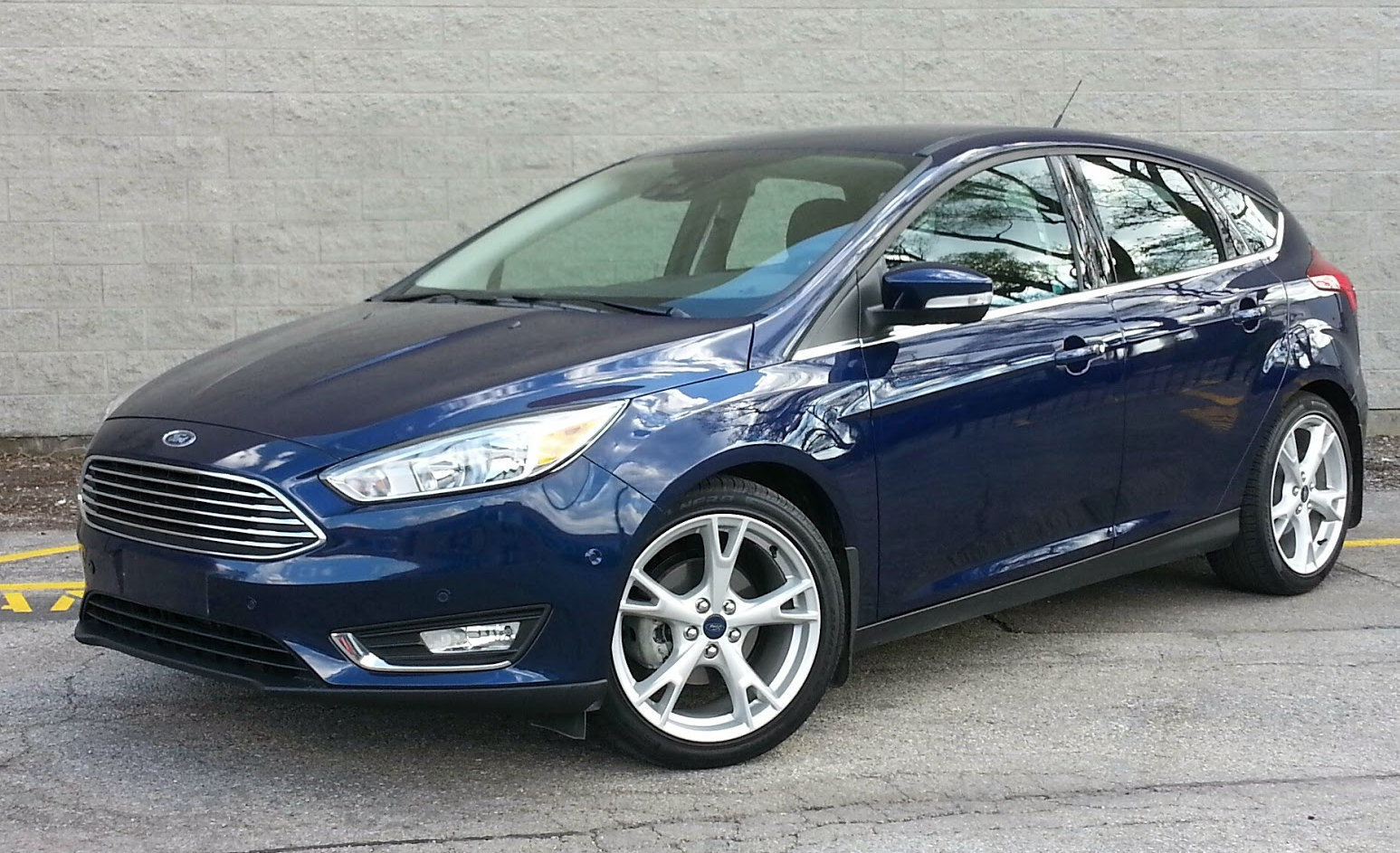 The not so good: Cramped cabin

The 2016 Ford Focus is largely a carryover from last year, save for two notable exceptions: The available turbocharged 1.0-liter EcoBoost engine can now be had with a 6-speed automatic transmission (it previously came only with a 6-speed manual), and Ford’s new Sync 3 touchscreen infotainment system replaces the previous MyFord Touch system. 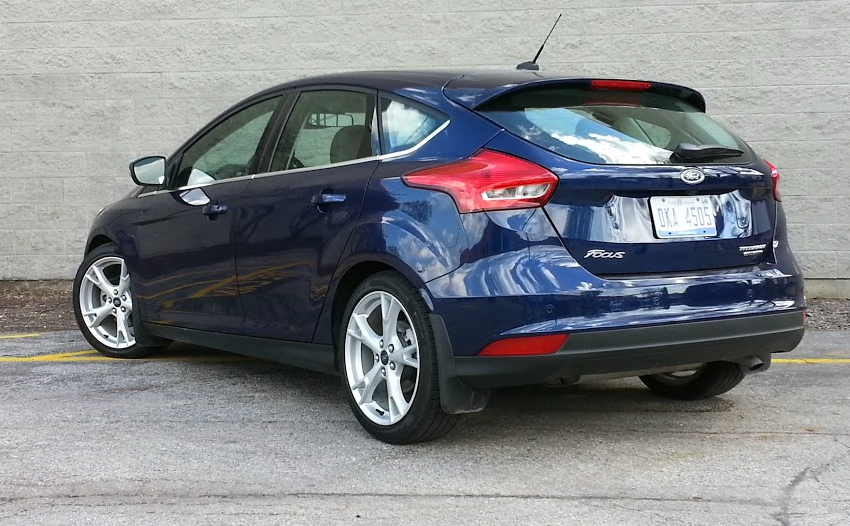 We haven’t yet had the chance to sample the 1.0-liter engine with the automatic, but the switch from MyFord Touch to Sync 3 is a welcome one. In addition to its smartphone-like swipe and pinch gesture capability, the Sync 3 system’s jumbo-sized buttons and simpler, high-contrast menu layout make it much easier to use than the MyFord Touch system. We frequently experienced glitchy behavior and slow response times from MyFord Touch systems we’ve tested in the past, but our initial experiences with Sync 3 have revealed no such issues. 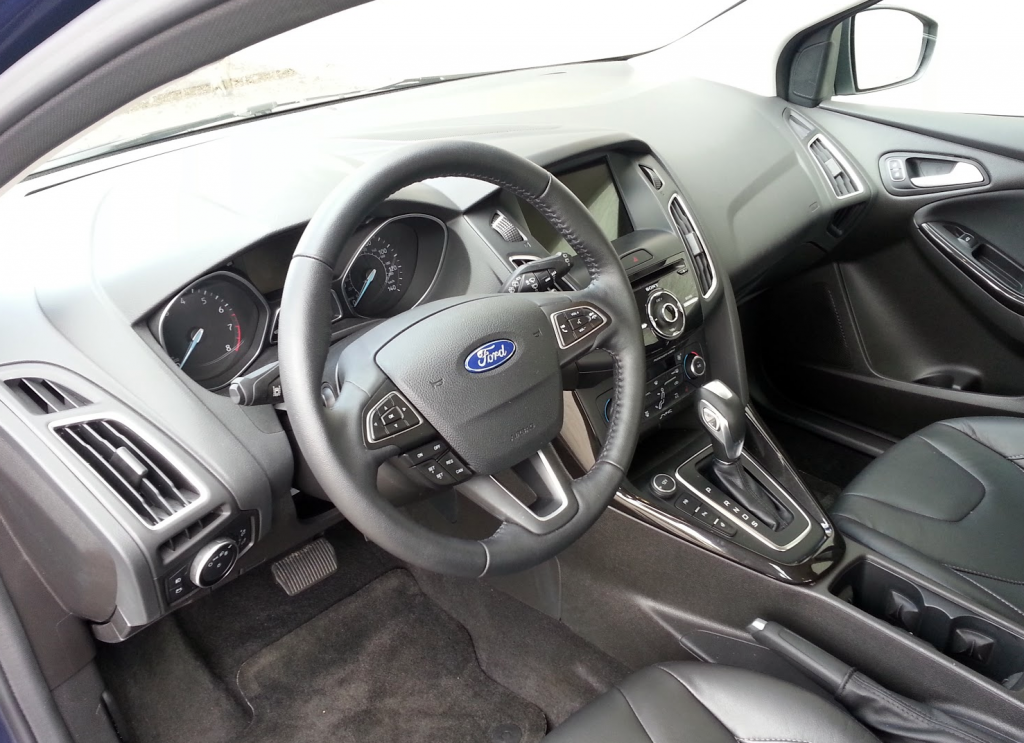 The Focus cabin is nicely finished, but not especially roomy.

The single priciest option, however, was the 18-inch premium painted-aluminum wheels and high-performance all-season tires. The big-inch rollers look great and had a negligible effect on ride quality, but practical-minded buyers might balk at the $825 surcharge.

With its crisp handling and responsive steering feel, the Ford Focus stands as one of the sportier entries in the compact-car class. It’s athletic enough to be satisfying in spirited cornering, but compliant enough to be pleasant in day-to-day commuting. The Focus is also one of the most substantial-feeling cars in its class, with a solid build structure that feels a bit more robust that many compact-car competitors. Doors close with a satisfying “thunk,” and the rigid body structure is apparent from behind the wheel. The solid structure also helps make the Focus’s cabin one of the quietest in its class.

However, the Focus’s architecture also contributes to its greatest weakness–it’s simply not as roomy for occupants as other compact-car leaders. The front-seat area is just adequate for most average-sized adults, and the rear-seat legroom is tight enough to be uncomfortable for all but kids and pre-teens, and downright unusable for tall folks. Compact cars aren’t known for having particularly spacious back seats, but even by the standards of its class the Focus comes up short. If you regularly need to haul grown-ups in the back seat, a Focus might not be for you. 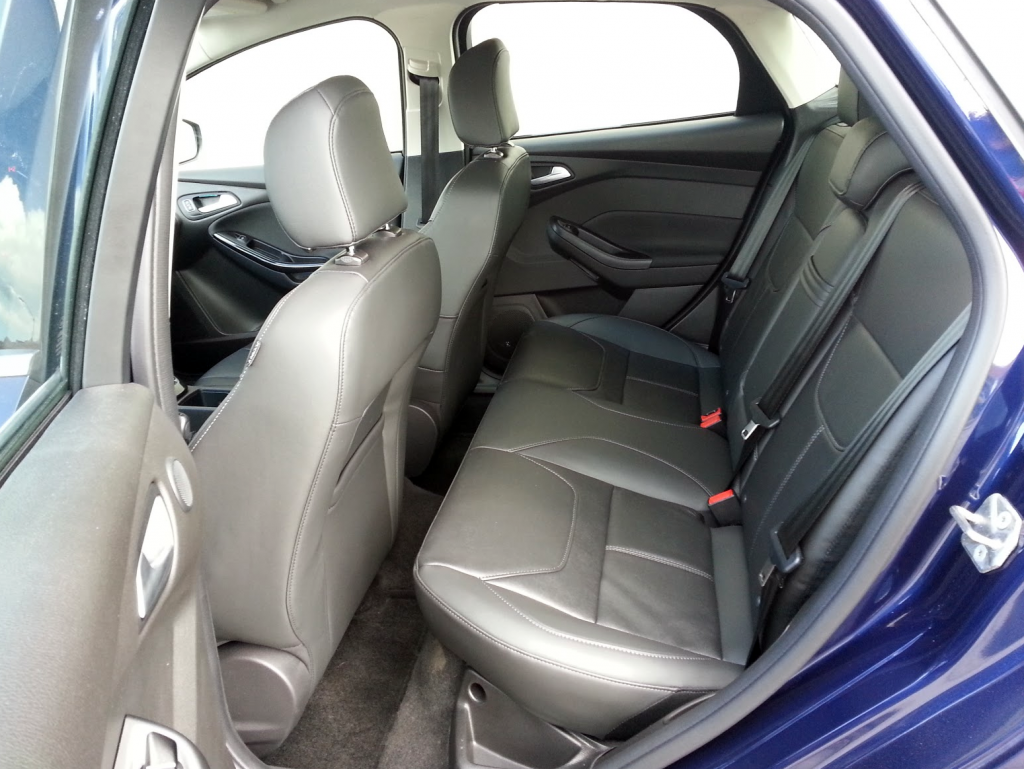 Second-row space is limited in the 2016 Focus.

Other than the subpar backseat space, the Focus’s interior is a pleasant place to be. The Titanium model we tested had an upscale feel inside. Overall, materials are high quality and nicely assembled, and most controls operate with precision. The Focus’s dashboard is more aggressively styled than many of its class competitors, but it’s still ergonomically agreeable for the most part.

The Focus’s standard engine is a 160-horsepower 2.0-liter 4-cylinder paired with Ford’s “Powershift” 6-speed automated manual transmission. The automated manual’s behavior might feel a bit peculiar to drivers who are accustomed to a traditional automatic transmission–there is some occasional minor “bogging” at low speeds, and shifts are sometimes more abrupt than a traditional automatic. We acclimated quickly, however, and didn’t find the transmission to be a demerit. The 2.0 is adequately peppy in everyday driving, and on par with most of the base 4-cylinders in the class. Fuel economy is competitive as well.

The Focus’s engaging driving character, robust infotainment system, and impressive build quality make it a compelling compact-car choice, but be sure to check out the rear seat on your test drive. 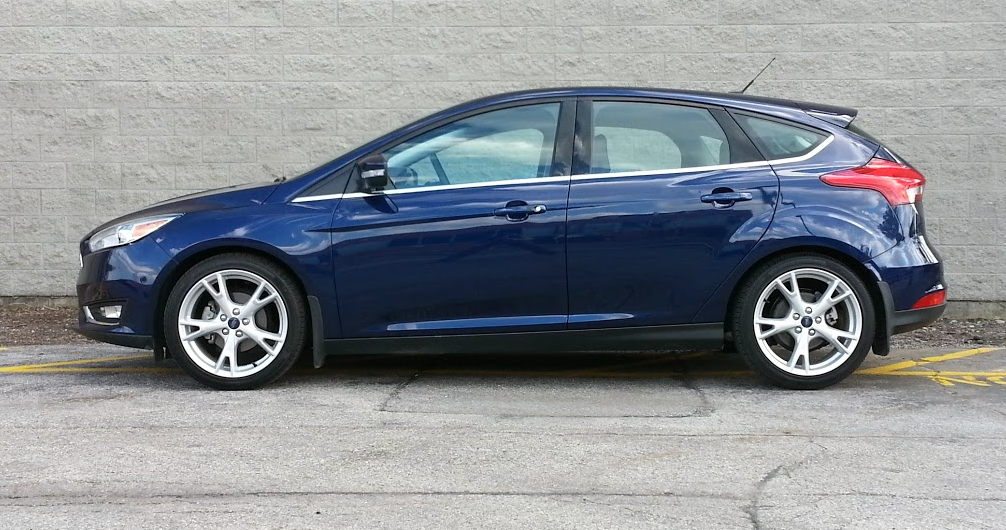 Going with the available 18-inch alloy wheels will set Focus buyers back a cool $825.