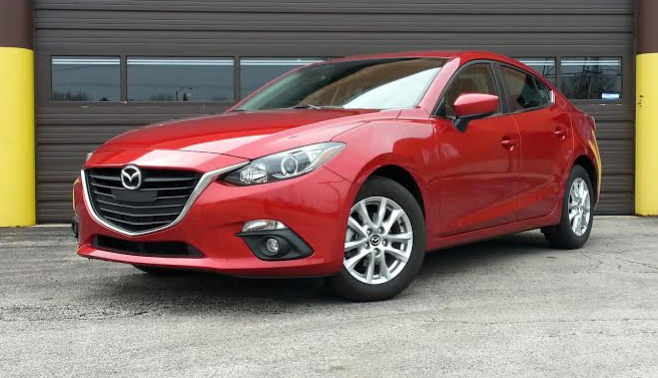 The not so good: Complicated audio-system interface

Shopping Mazda’s compact 3 family presents the consumer with quite a number of decisions to make. There are 2 body styles, 2 engines, 2 transmissions, and up to 4 trim levels to consider. The choice is a lot simpler for us ink-stained wretches and Internet wranglers—we drive the one they send us. 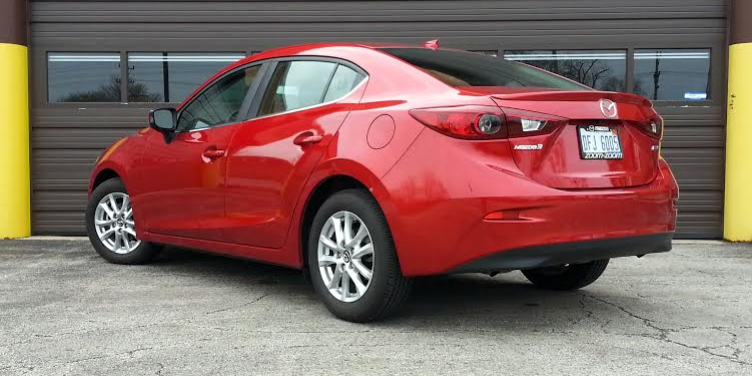 In the latest instance, “the one” was an i-model sedan in Touring dress. Being an i means it had the smaller of the 2 available engines; being a Touring means it was a step down from the top of the trim hierarchy.

The last time Consumer Guide® personnel drove a Mazda3, it was a 2015 Grand Touring hatchback. Setting aside the differences in cargo configuration and inventory of built-in goodies, there were some key similarities. 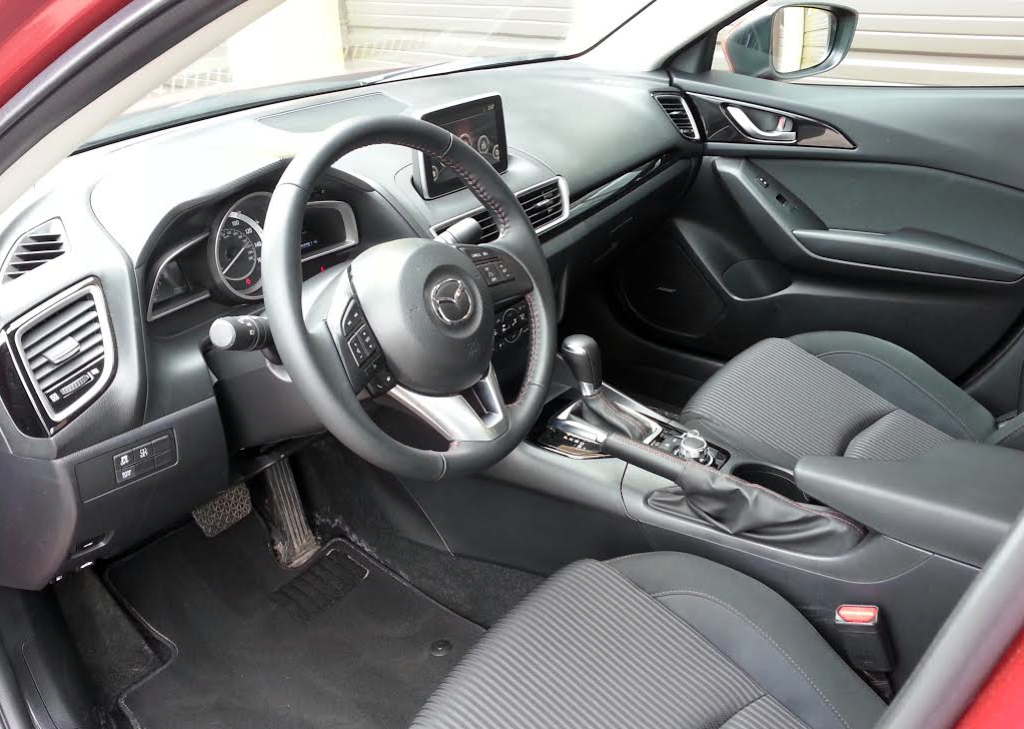 The 3’s tidy cabin looks good and easily accommodates even the largest member of our staff.

Unfortunately, that includes a pretty labor-intensive radio that must be set up through the omnipotent “Commander Control” knob on the console. You’d hope that the deep-thinkers behind this device would have factored logical and easy use into its creation but this is the Age of Ultron, when the machines tell us what to do. If you’re the first user, you shouldn’t have much trouble inputting presets on what’s essentially a blank canvas. (Well, OK, it’s really a 7-inch touchscreen atop the instrument panel.) However, reorganizing, adding to, or deleting from what’s already there—and you must delete things if you wish to rearrange the order—basically requires having to relearn how to use a car radio, and life’s too short for that. Say this for the supreme Commander: At least it’s conveniently placed on the console for easy manual tuning of the stations you’d otherwise preset.

The 2.0-liter dohc 4-cylinder engine that powers i-class cars still makes 155 horsepower and 150 lb-ft of torque. It’s lively enough to mix in with highway traffic and quiet enough to leave you willing to stay there. This time CG’s test car came with a 6-speed automatic transmission (there’s also a 6-cog manual) that displayed timely—but occasionally abrupt—shifts. Overall, the Mazda 3 with this powerteam is not quite a rocket. It can be economical, however. This driver covered 172.8 miles in the car, 60 percent of it under city conditions, and averaged a fine 37.7 mpg. That outperformed the EPA combined city/highway estimate of 34 mpg.

The fully independent suspension delivers a ride that’s somewhat firm but damped well enough to squelch most jolts. Steering is responsive, and braking is good.

There’s acceptable leg and head room up front, all the more so if you’re short of 6 feet tall. Space is OK for 2 adults in back, especially if front occupants aren’t tall enough to need all of their available seat travel. 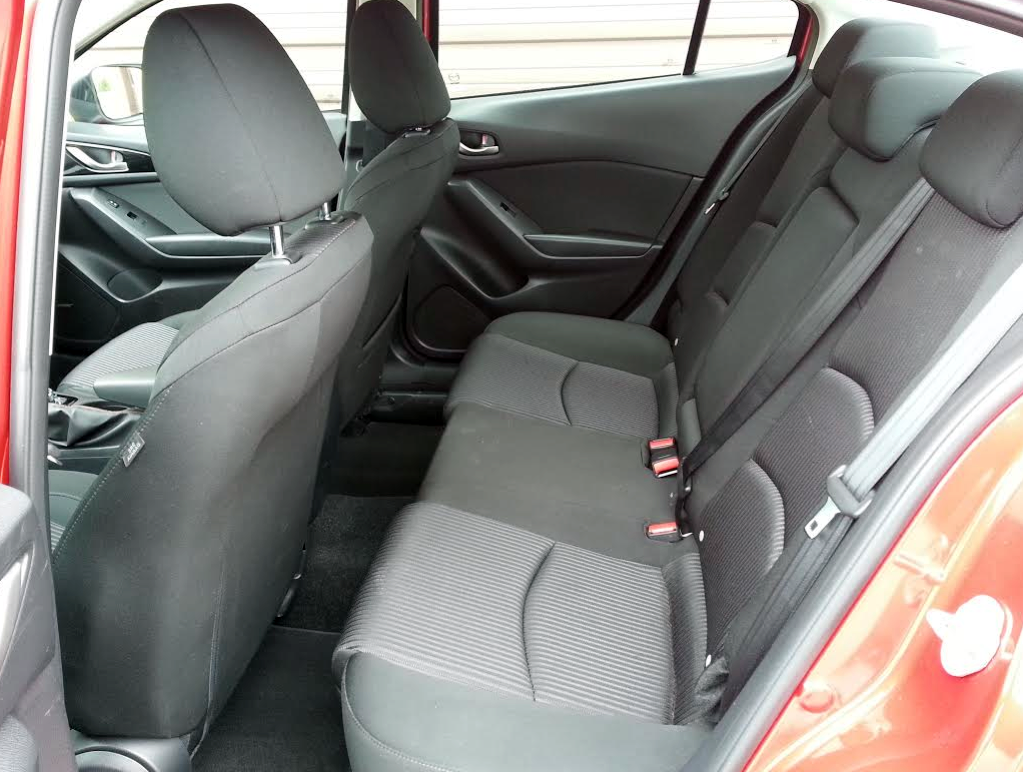 The 3’s rear seating area is slightly roomier than the compact class norm.

The Touring sports cloth seats—albeit nicely patterned ones—and a 6-way driver’s seat with manual adjustments. Otherwise, it’s not too much different inside from a Grand Touring. Leather covers the steering wheel, shifter knob, and brake handle; carbon-fiber-look panels on the arm rests house window, lock, and mirror controls; soft-touch surfaces top the doors, arm rests, and much of the upper dash.

Storage for passengers’ incidentals is a mixed bag. Pockets built into all 4 doors are just big enough to be bottle holders. The interior of the glove box is ample but the cubby under the console arm rest isn’t too big to start with, and some of its space is given over to a power plug and media-device inputs. One of the cubby’s features is a notched tray (to accommodate a connector cord) for a smartphone to rest on. Two open cup holders are set in the console. Rear riders are confined to a single pouch—on the back of the front passenger seat—and a pair of cup holders in a pull-down arm rest.

Trunk space is not too bad for a small car, and it gets better when the backs of the rear 60/40 seats are folded down. Seat release is by pull-out levers accessible through the trunk. The seat backs fold very flat, and there’s an unbroken transition from the trunk floor. One caveat: A bulkhead behind the seats slightly narrows the opening, serving as a potential restriction to the size of items that can be pushed into the back-seat area. 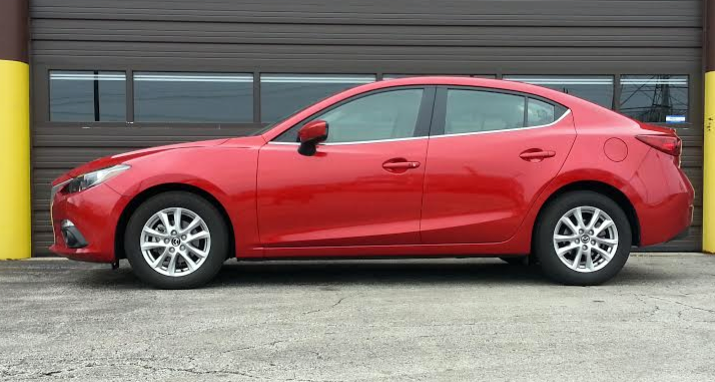