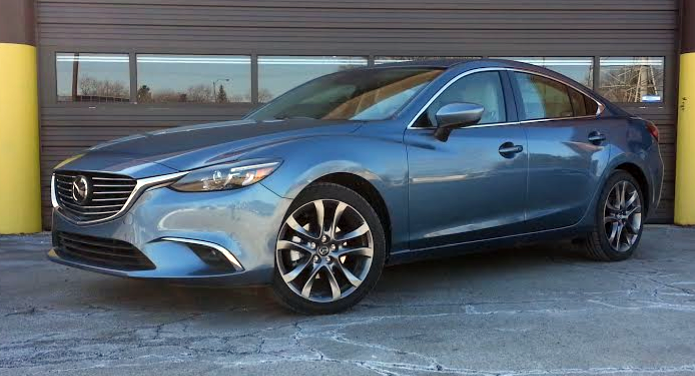 The not so good: Mazda Connect control interface requires familiarization

Having turned out a thoroughly good midsize sedan for the 2014 model year, Mazda is not going to let the 6 get old before its time. One of the first 2016 models already on the market is an updated Mazda 6 with some slight appearance changes and significant interior and equipment upgrades. 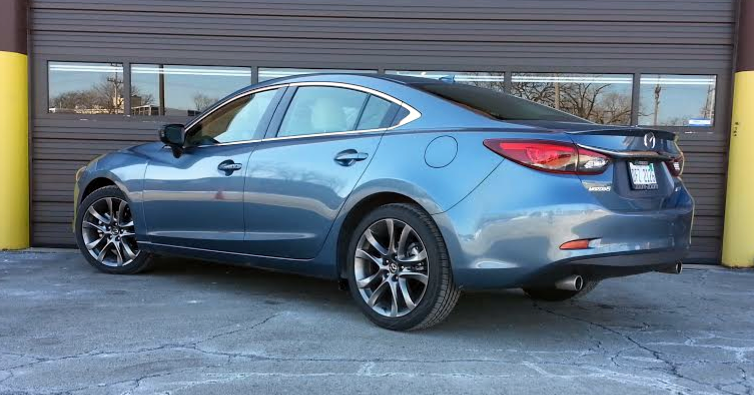 Throughout much of 2013 and ’14, Consumer Guide® editors drove an extended-use Mazda 6 i Grand Touring that they found to be an eminently enjoyable and useful car. Its successor is, for the most part, better for the changes.

Externally, the 2016 Grand Touring announces itself via a reshaped grille that newly flows up against recontoured headlights. LED taillights lend an updated look in back. Otherwise, the flowing form of Mazda’s midsizer is left unsullied.

The interior is more substantially redone with a new dash and instrument layout, wider use of soft-touch surfaces, and some new control features. A couple of these features have drifted up from the compact Mazda 3 S. The Active Driving Display standard in the 6 Grand Touring that CG drove includes a head-up readout for speed and other functions that projects on a little window that powers up from the top of the instrument panel. 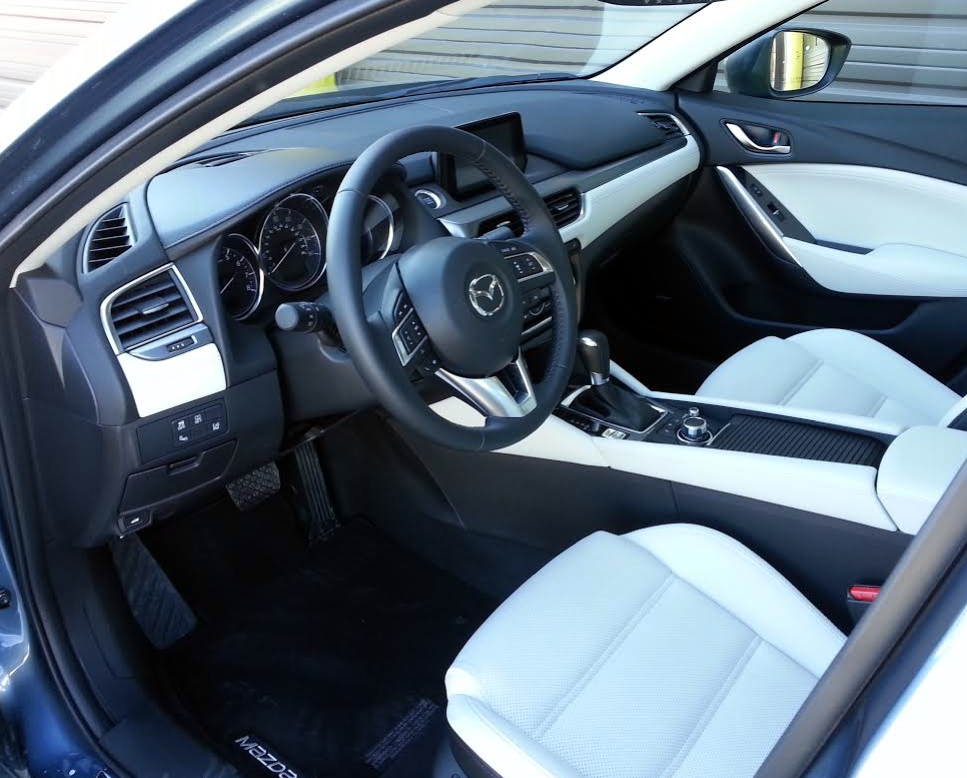 In addition, the 6 has picked up the 3’s Mazda Connect infotainment setup. Its 7-inch touchscreen that rises above the center of the dash replaces a smaller screen that was built into the instrument panel. Audio, navigation, and other systems display on the screen with the “help” of a twist-and-toggle dial on the center console. Mazda’s use of this kind of device isn’t as maddening as some of the luxury brands that seem intent on confounding drivers with intricate multistep central controls. That’s not to say it is Spock-like in its logic. Why, for instance, are you able to compile a selection of radio presets from AM, FM, and satellite on the same screen, but not able to scroll through this list from top to bottom? If, say, you start by listening to an AM station, scrolling is confined to whatever group of AM stations may be on your presets. To listen to the FM or satellite stations on your list, those bands have to be individually selected through the console controller, and again scrolling will be confined within them.

Newly arrayed climate-system controls remain independent of Mazda Connect, and reside in the center of the dash. The conventional parking-brake handle has been replaced on the console by an electric switch. 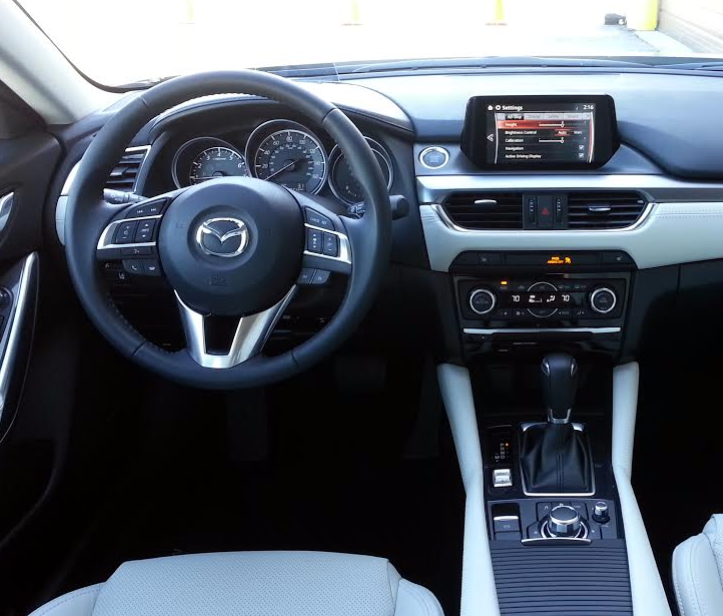 The Mazda Connect interface utilizes a console-mounted knob (seen here just below the shifter) for controlling audio and navigation functions.

The Parchment leather seats in the test car were matched by similarly colored vinyl on the door centers, upper sides of the console, and center of the instrument panel to create a dramatic black-and-white effect in the cabin. The addition of these soft surfaces on the console and dash is a change from the 2014-15 Mazda 6 Grand Touring.

The powertrain is unchanged. It consists of a 2.5-liter 184-horsepower dohc 4-cylinder engine connected to a 6-speed automatic transmission that’s standard in the Grand Touring. As such, engine behavior is the same as in CG’s extended-term tester: peppy, albeit with a bit of rasp under acceleration that quiets down for cruising. The 2016 test car was equipped with the i-ELOOP regenerative-braking system that takes some of the strain of replenishing the electrical system from the engine. Cars with this feature (which comes in the GT Technology Package option) are rated by the EPA at 28 mpg in the city and 40 mpg on the highway. This driver put 150.6 miles on the car, 54 percent of it under city-style driving, and averaged 30.81 mpg—not far from the EPA’s 32 mpg combined-mileage estimate for a Mazda 6 with i-ELOOP. 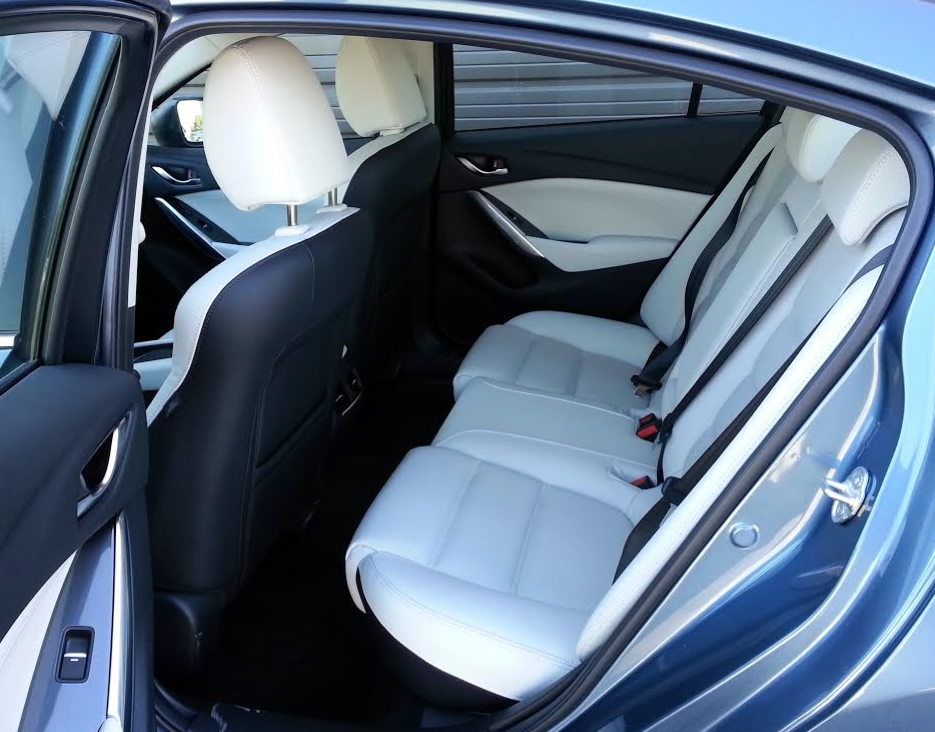 The Mazda 6 offers better-than-average rear head- and legroom for its class.

Handling remains as pleasing as before, with a little more life than the average midsize family sedan, and the ride is fairly smooth for the class. Passenger room and comfort are good in front and in back. The trunk is good-sized and well shaped, and benefits from built-in small-item bins at the rear corners. Rear 60/40-split seats fold fairly flat for added cargo flexibility. Interior storage for front passengers includes the glove box, door pockets, 2 covered cup holders, and a small cubby under the center arm rest. Media-device inputs are located within the cubby. Rear passengers have a bottle-holder in each door, pouches on the backs of the front seats, and 2 cup holders in the pull-down center arm rest.

The history behind the Mazda logo

The Mazda 6 is one of my favorite midsize sedans. It offers outstanding fuel economy, adequate power, a comfortable ride, and an athletic feel that makes it quite enjoyable behind the wheel. The most noticeable updates for 2016 are the numerous enhancements to the cabin, which make this two-year old basic design feel a bit more refined against a host of top-notch competitors. Those updates range from little details (like a tiny sliver of satin-silver trim on the power-window buttons) to more substantial upgrades like a pop-up heads-up display and a redesigned navigation system. I appreciated the improved software interface of the latter, but the screen’s upright position on the dashboard seems a bit more susceptible to washing out in bright sunlight than the old screen, which was inset slightly into the dash.

The Mazda 6’s boasts fine rear-seat head- and legroom for the class, but the sharply raked rear roofline can make hoisting kids into car seats a bit of a challenge. Guess that is a small price to pay for having what I consider to be the best-looking sedan in its segment. Quibbles aside, the enhancements for 2016 help keep the Mazda 6 at the head of its class. It’s a midsize-car must-see.