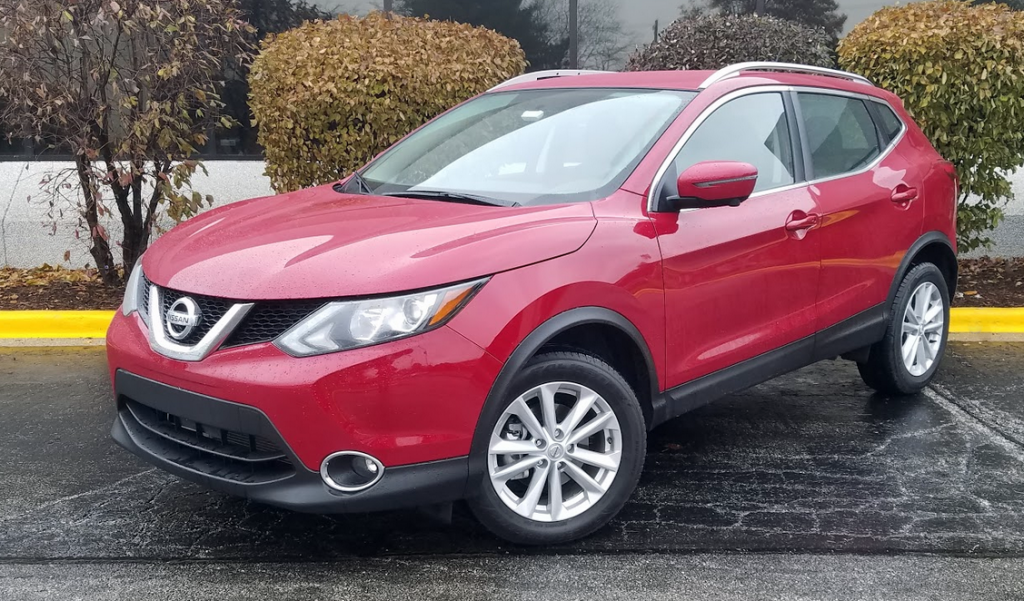 If one Rogue is good, two ought to be better. Apparently that’s what Nissan thinks by bringing out a Rogue Sport companion to its popular Rogue sport-utility vehicle.

However, the new-for-2017 Sport is more a Rogue in name than in substance. It’s a subcompact SUV (albeit a large one) based on an entirely different platform than the larger Rogue that’s Nissan’s best selling vehicle in the U.S. and a Consumer Guide® “Best Buy” in the compact SUV class.

At 172.4 inches long and riding a 104.2-inch wheelbase, the nominally 5-seat Sport is a foot shorter than the 106.5-inch-wheelbase Rogue that can seat up to seven when ordered with 3-row seating. However, the Sport is a bit larger than most of its subcompact-class rivals. 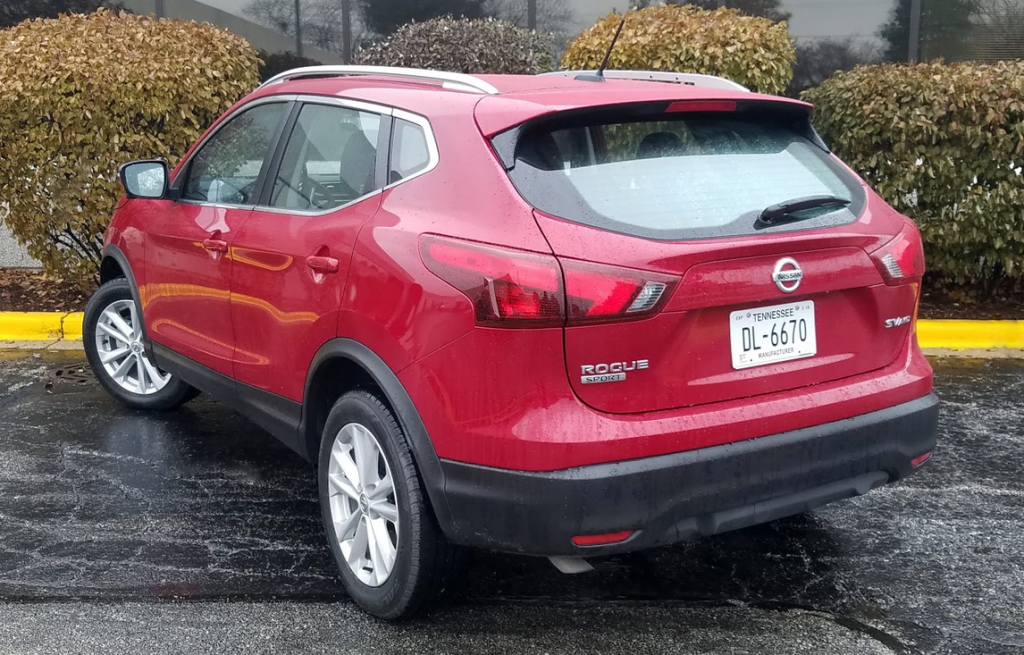 Rogue Sport is positioned below the Rogue in Nissan’s crossover lineup, and above the soon-to-be released Kicks.

As a result of its size, the Rogue Sport has good interior room for the class. The midlevel SV model that Consumer Guide® tested (base S and plusher SL trim levels are also available) gave this driver all the leg- and headroom he needed, and with easy entry and exit. Rear legroom is good—though front passengers taller than six feet will likely exact a toll on that. Two adults will fit in back—there really isn’t room for another in the middle of the bench seat.

Cargo room is another beneficiary of the Sport’s dimensions. A week’s worth of groceries or a weekend’s worth of luggage will fit behind the second-row seats. “Divide-N-Hide” cargo management that’s standard in the SV can create storage tiers, provide a hidden space under the bumper-height load floor, or be removed to open up more vertical cargo room. The second-row seats are split 60/40 and fold completely flat once the headrests are removed to clear the front seats.

The Sport also differs from the larger Rogue under the hood. Whereas the latter is motivated by a 2.5-liter 4-cylinder engine of 170 horsepower, the former gets by with a 2.0-liter four that develops 141 horsepower and 147 lb-ft of torque. It’s enough engine for adequate but hardly thrilling acceleration, and the continuously variable transmission that completes the powerteam pretty much lets the powerplant grind away in its attempts to get the Rogue Sport moving. Note that the trans does have a manual mode for drivers who want to try to wring something extra out of it.

Rogue Sport boasts class-leading head and legroom in both the front and second row.

All Sport models come either with front- or all-wheel drive, the latter at a $1350 premium. The choice of driveline affects fuel mileage. The AWD job tested by CG is rated by the EPA at 24 mpg in city driving, 30 mpg on the highway, and 27 combined, a little less than the FWD model. This reviewer almost, but not quite, matched the projections. In a test stint of 202.5 miles comprised of 48 percent city-style driving, he averaged 25.6 mpg—though he did not punch up the “Eco” mode that alters engine and transmission response for a more miserly drive.

While driving the Rogue Sport may not elevate your heart rate, neither will it jostle your innards. Ride is well controlled, and handling is easy and predictable.

Other SV standard equipment includes 17-inch alloy wheels, 215/60R17 all-season tires, 6-way power driver’s seat with power lumbar adjustment, dual-zone automatic climate control, keyless access and starting, cruise control with steering-wheel-mounted control buttons, tilt-and-telescoping steering column, rearview camera, 6-speaker audio system with satellite radio and Bluetooth connectivity, roof rails, and a cargo cover, all for $24,370 with AWD. Two option packages are available for the Sport SV, and CG’s $27,900 test vehicle had both of them. The packages are the only way to get many of the most desirable extras like a blind-spot monitor, rear cross-traffic alert, heated front seats, heated leather-wrapped steering wheel, surround-view camera, navigation, and NissanConnect infotainment with mobile apps and services.

Being a little larger than other subcompact crossovers, Rogue Sport offers more usable cargo space than other vehicles in the class.

SV seats are cloth covered in a choice of two colors. The front buckets are quite comfortable, but rear seat backs feel somewhat thin, and perhaps a little too upright for long-ride comfort. Padded surfaces are found on the armrests, dash top, and upper portion of the front doors—otherwise there’s quite a bit of hard plastic throughout the cabin. Drivers enjoy good overall outward vision.

Controls are legible and uncomplicated to use. The test truck’s optional audio system came with a 7-inch color touchscreen that is easy to program. Tuning is via buttons at the side, but screen presses save stations. The climate controls use rotary dials to set temperatures, but buttons handle all other functions.

Personal-item storage starts with a fairly big glove box. The covered console box has modest dimensions, but it includes a small organizer, and there are no electronic-device inputs or power plugs to shrink what space there is. Rather, USB, auxiliary, and power inputs are located in an open area under the dash at the front of the console. Front passengers are provided with two exposed cup holders in the console. Pockets with bottle holders are found in the front doors; small pockets occupy the rear doors. Rear-row riders also have a pouch attached to the back of the front passenger seat, and cup holders in the pull-down center armrest.

Nissan hopes that having a second vehicle line called Rogue will vault the nameplate past Toyota’s RAV4 in a “best-of-the-rest” battle for U.S. sales supremacy behind the domestic-brand big pickup trucks that lead the market. A fresh face in the subcompact-SUV field, one with good room and a pleasing ride, certainly can’t hurt its chances. 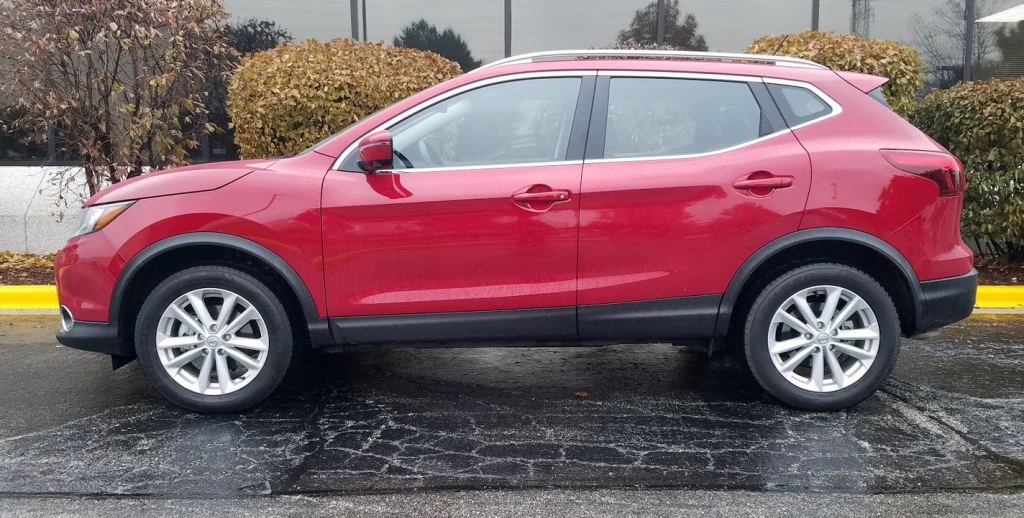 For 2017, Rogue Sport is offered in entry-level S, midlevel SV, and top-line SL trim levels. All trim levels can be had with AWD.