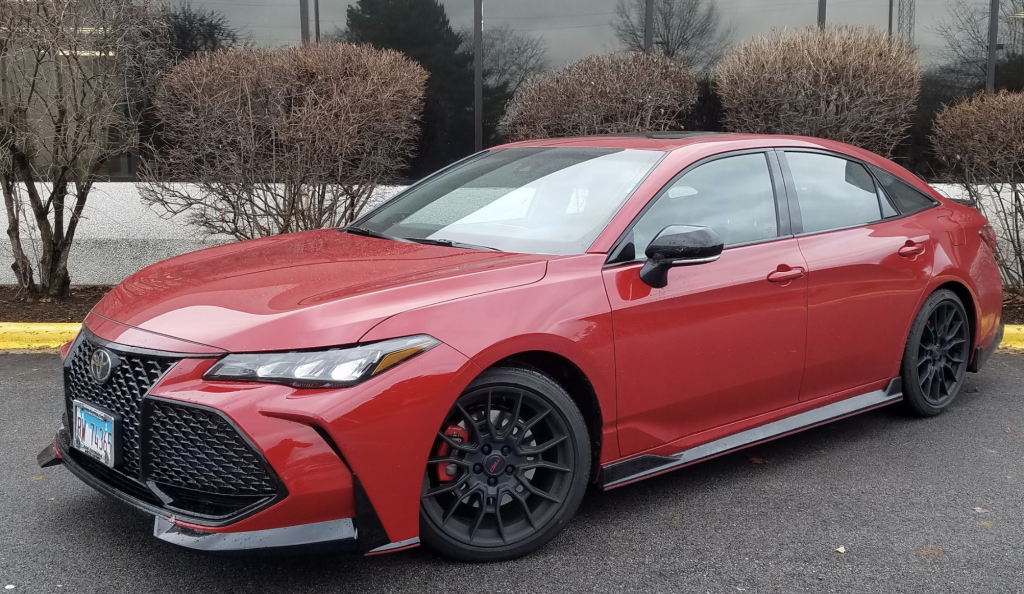 The not so good: Fuel economy, only so-so headroom for a big car

The late George Carlin perhaps said it best: “There are some words that just don’t seem to go together.” In the automotive world, “Avalon” and “TRD” are certainly among them.

OK, “TRD” is technically an acronym (for Toyota Racing Development), but it still doesn’t logically mate with “Avalon.”

Seems someone forgot to tell Toyota.

Because showing up in our lot one day was an Avalon with monochrome paint, black wheels and trim, red-stitched interior … and distinct TRD badging. 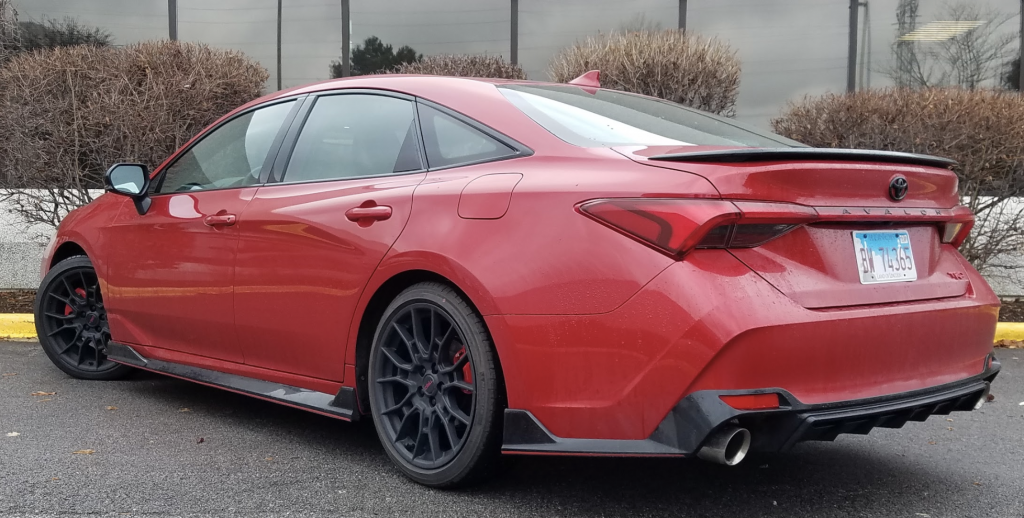 Of course, TRD badges are nothing new. They’ve been used for years on Toyota’s most off-road-oriented models, including the 4Runner SUV and Tacoma and Tundra pickups. But on a sedan … and a full-size one at that?

Yep. And it’s not the only TRD sedan; there’s also a similarly treated Camry.

Left to right: We wondered about the horseshoe-shaped rear cup holder … until we put our phone in there. Ah. The infotainment system is easy to use thanks to convenient buttons and knobs, though the tuning knob at right is a stretch. Also a stretch is the front door handle if the door is open all the way.

What sets the Avalon TRD apart from its tamer brothers is mostly what’s mentioned up top. Toyota says the TRD is “for the driver who wants even more aggressive road grip,” and it includes “track-tuned coil springs” and larger-diameter front brakes.

That does not come without cost.

On our pockmarked Chicagoland streets, the TRD rides kind of stiffly and hops over lateral freeway joints. It wears the same size wheels and tires as its XSE and Touring brothers, so we’re guessing it’s the track-tuned coil springs at work here. Indeed, steering feels a bit sharper and there’s less body lean in turns, both of which will do the Avalon TRD proud in coastal California. Here, however, it takes it a step away from the luxury car the Avalon started out to be — and in most versions, still is.

A clean dashboard design and easy-to-use control layout is a highlight of any Avalon, but the TRD adds sporty aluminum pedals, red accent stitching, and racy-looking front seats — which are also very comfortable.

In the Avalon lineup, the TRD sits just below the top-line Touring model. In most ways, it mirrors the equipment level of the two-step-down XSE, but adds front spoiler, side aero skirts, rear spoiler and diffuser, black wheels, TRD cat-back dual exhaust with stainless-steel tips (louder than stock), aluminum pedals, and distinct red-stitched seats/floor mats/steering wheel. Which brings up the other “cost”: While the XSE starts at about $39,255 including the $955 destination, the TRD starts at $43,255 — or $4000 more. Added to our tester were a $1760 premium JBL audio system with navigation and $379 illuminated door sills. 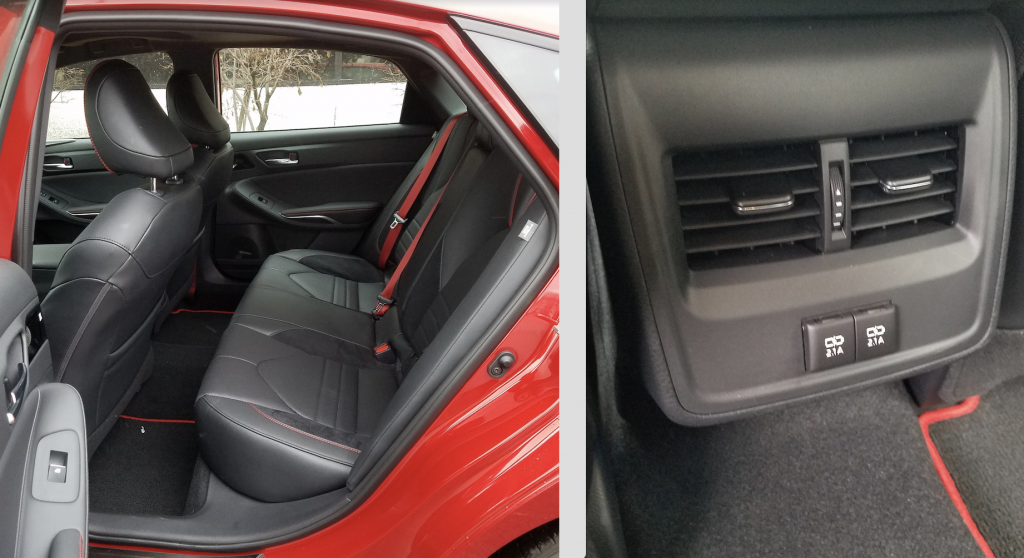 The Avalon’s vast rear legroom doesn’t look like it with the front seat all the way back as shown, but it’s there; Toyota says it adds 2.3 inches of rear leg room to the already-spacious Camry’s. Rear-seat passengers get vents and dual USB ports. 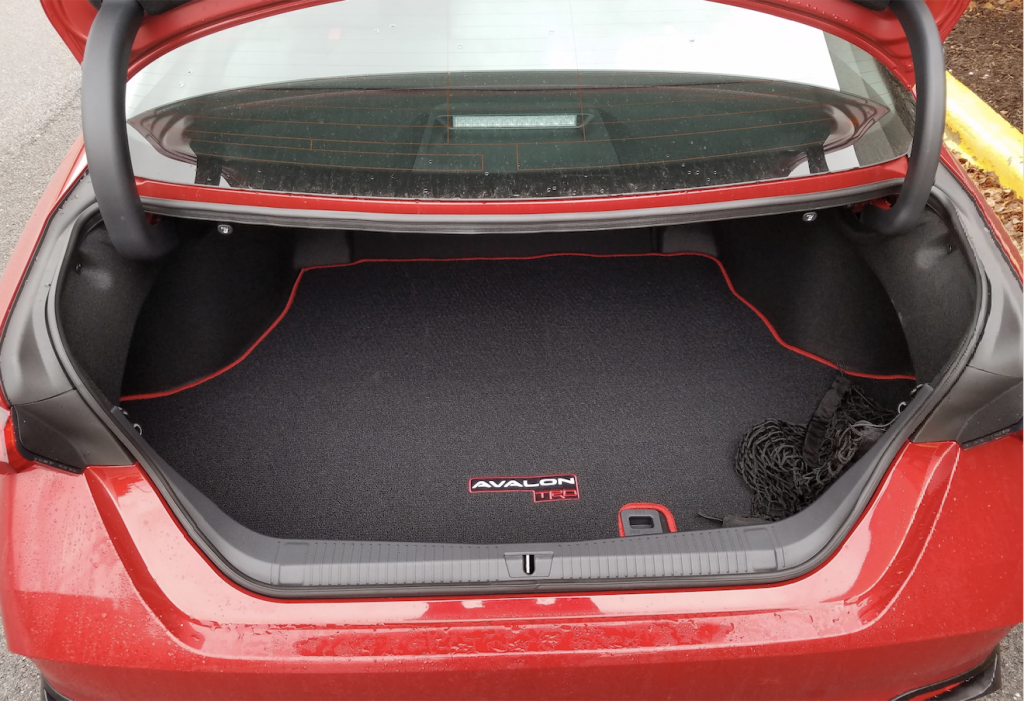 The trunk is also larger than that of the Camry — by about one cubic foot — but sickle-shaped hinges dip into the load area, there’s scant underfloor storage, and folded rear seat backs rest six inches above the level of the trunk floor.

In most other ways, the TRD mimics the goodness of the Touring model we drove earlier this year, so we invite you to read that report for more details. But in short, the Avalon offers strong V6 performance, fine passenger room with limo-like rear legroom (Toyota says it’s 2.3 inches greater than the midsize Camry’s), and very good visibility joined by a wide-angle 180-degree rearview camera. It also offers easy-to-use infotainment controls (though the tuning knob is a stretch) with replay (allows you to “rewind” to something you want to hear again — love this) and the ability to mix bands in favorites. There’s also a good-size trunk, though sickle-shaped hinges dip into the load area, there’s little underfloor space, and folded rear seat backs that rest six inches above the level of the cargo floor, making it tough to slide long items forward.

With this latest generation of Avalon introduced last year, Toyota went with a much more aggressive look — primarily in its huge, gaping-mouth grille. That’s proved polarizing. But if you want a big sedan with attitude, we suggest you take a look at the Avalon TRD; it just seems the two of you might go together.

The aggressive look of the Avalon TRD doesn’t end at the gaping-mouth grille in front; the profile of this big sedan looks pretty mean, too. What at first seems an odd marriage quickly grows on you — until you hit a sharp bump. 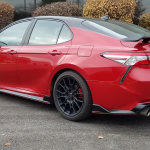 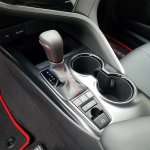 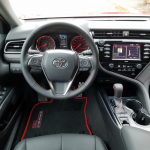 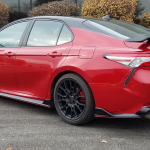 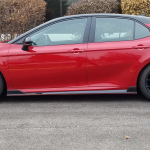 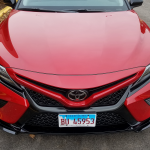 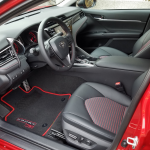 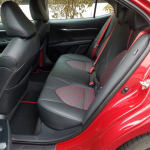 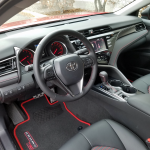 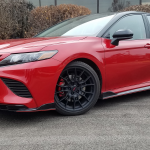 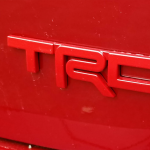 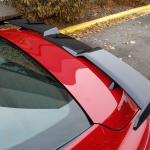 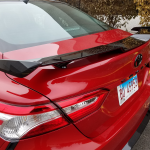 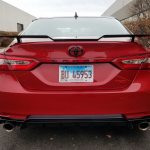 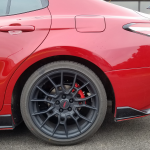 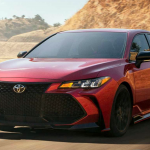