Sarcastically, it was called badge engineering. Basically, it’s the process by which an automaker amortizes development costs by retrimming an existing vehicle and selling it under another name—usually through another brand channel, or channels.

Many of us can recall the Chrysler Corporation’s “Grand Fifthlomat” of the Eighties, a single vehicle that came to the public thinly disguised as the Plymouth Grand Fury, Chrysler Fifth Avenue, and Dodge Diplomat. Three cars on one chassis ain’t bad, but General Motors has done better—much better.

Behold here the most recent and most egregious example ever of badge engineering: the RainTrail Ascendavadavoy-X.

Actually a fine truck by most measures, the RainTrail Ascendavadavoy-X (all six corporate variants, that is) disappeared ahead of schedule not because the buying public raged against the obvious product cloning, but because gas prices were rendering largish body-on-frame SUVs obsolete.

To be fair, GM did a better than decent job of keeping each vehicle distinct, as the photos below demonstrate. Still, it’s hard to argue that the company wasn’t seriously pushing its luck.

So here they are, all six variants of what was known internally as the GMT360: the Buick Rainier, Chevrolet TrailBlazer, GMC Envoy, Isuzu Ascender, Oldsmobile Bravada, and Saab 9-7X. Also mechanically similar and included here, though not exactly a clone, is the short-lived Chevy SSR sport truck. Behold, the RainTrail Ascendavadavoy-X!

2004-2007 Buick Rainier
Though saddled with old-school body-on-frame architecture, the Rainier did foreshadow post-bankruptcy future-Buick think in one regard: quiet tuning. Unlike the other trucks discussed here, the Rainier included a package of tricks to keep the cabin hushed. Tweaks including triple-thick door gaskets, specially laminated side glass, and additional doses of sound insulation were unique to the Rainier.

More on the Rainier

2002-2009 Chevrolet TrailBlazer
By far the best selling of the Asscendavadavoy-X sextuplets, the TrailBlazer was one of three members of the group to be sold in standard and extended-length versions. The long versions, dubbed EXT, were available with 3rd-row seating and were different enough from standard-length trucks to brandish a unique GM architecture code: GMT370. Also briefly available was the unlikely TrailBlazer SS. Crammed full of Corvette-derived V8 power and shod with enormous tires, the SS was arguably handsome and surprisingly fun to drive. 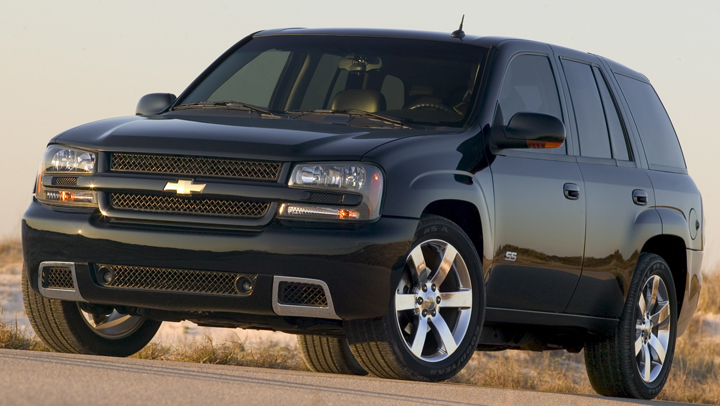 More on the Chevrolet Trailblazer

2002-2009 GMC Envoy
Like the Chevy, Envoys could be had in standard length and longer XL guise. Also like the Chevy—and most of the trucks here—Envoy sported a standard 4.2-liter inline 6-cylinder engine, or on some models an optional 5.3-liter V8. Available for just two years and exclusive to the Envoy was an available retractable roof panel that allowed taller items to be stowed behind the rear seats. The XUV, as the sliding-roof version of the Envoy was dubbed, was a spectacular sales dud.

More on the GMC Envoy

2003-2007 Isuzu Ascender
How Isuzu got itself into the mess it did is open to debate—and the topic would make a fine subject for an MBA dissertation—but the company was reduced to peddling just rebadged GM products during its last years as a passenger-vehicle purveyor in the U.S. Along with the i-270 and i-350 (later i-290 and i-370) pickups, which were just thinly disguised Chevrolet Colorados, Isuzu also peddled the Ascender shown here. Like Chevy and GMC, Isuzu sold both standard-length and long versions of the truck.

More on the Isuzu Ascender

2002-2004 Oldsmobile Bravada
When Olds died, so did the Bravada. Look closely and you’ll see that the Bravada bears the closest profile resemblance to the Buick Rainier, which is no coincidence—Rainier production began as Bravada assembly was wrapping up.

More on the Bravada

2005-2009 Saab 9-7X
What the heck, right? Remember that GM owned Saab at the time, and that Saab was losing money faster than a Gaucho steakhouse might if located in downtown New Delhi, and that Saab had nothing in its lineup remotely resembling a crossover. Yet, despite having been hastily and “frugally” contrived, this improbable vehicle was actually a credible Saab. Credit a decently upscale cabin and redesigned and convincingly Swedish-feeling instrument panel and dashboard. Most importantly, GM did manage to relocate the ignition switch to the center console—an essential Saab quirk and one missing from the heretical Subaru-based Saab 9-2X on sale at the same time. Ultra rare is the one-year-only Aero version of the 9-7X, which borrowed heavily from the TrailBlazer SS. The Aero deserves both scorn and awe for the same reason—it’s a Saab sporting a 6.0-liter V8. 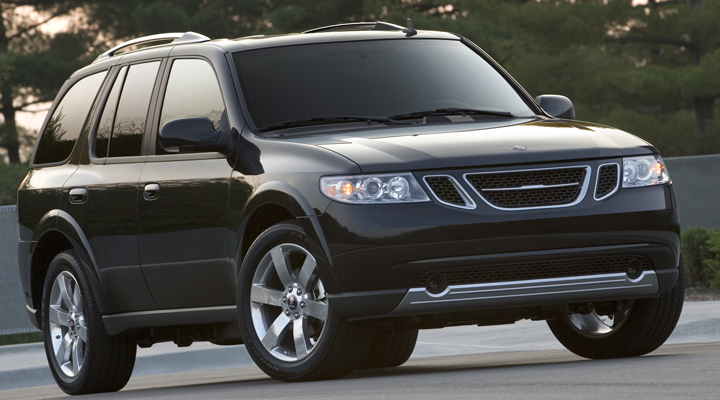 2003-2006 Chevrolet SSR
Whatever the SSR actually is, its bones are basically Asscendavadavoy-X. What that means is that the SSR wasn’t much of a sports car or a pickup. Today, the SSR is something small children point at in wonder and parents fail to identify. Akin to being the fifth Beatle, the SSR is the seventh Asscendavadavoy-X.

More on the Chevrolet SSR