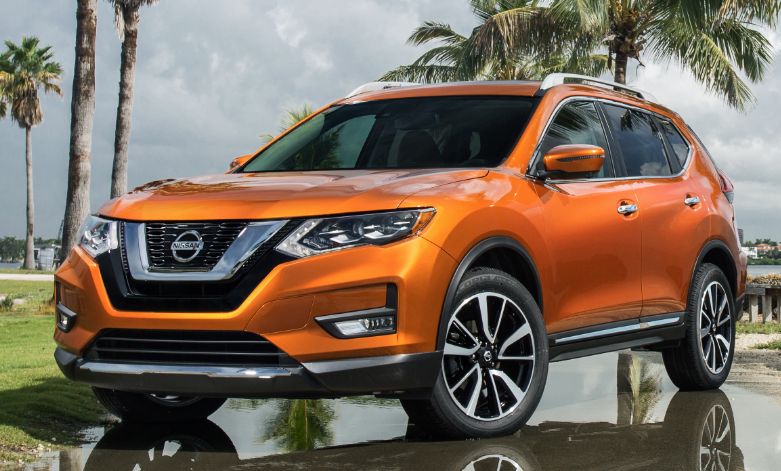 Behind its bolder “V-Motion” grille, the 2017 version of the Nissan Rogue sports several new features. In this form, Nissan expects the compact SUV to become its most popular model — a position currently held by the Altima midsize sedan.

Nissan just unveiled a refreshed version of its Rogue compact SUV in conjunction with the 2016 Miami Auto Show. The 2017 Rogue not only adopts a bolder “face,” but adds several new features along with a thrifty hybrid variant. 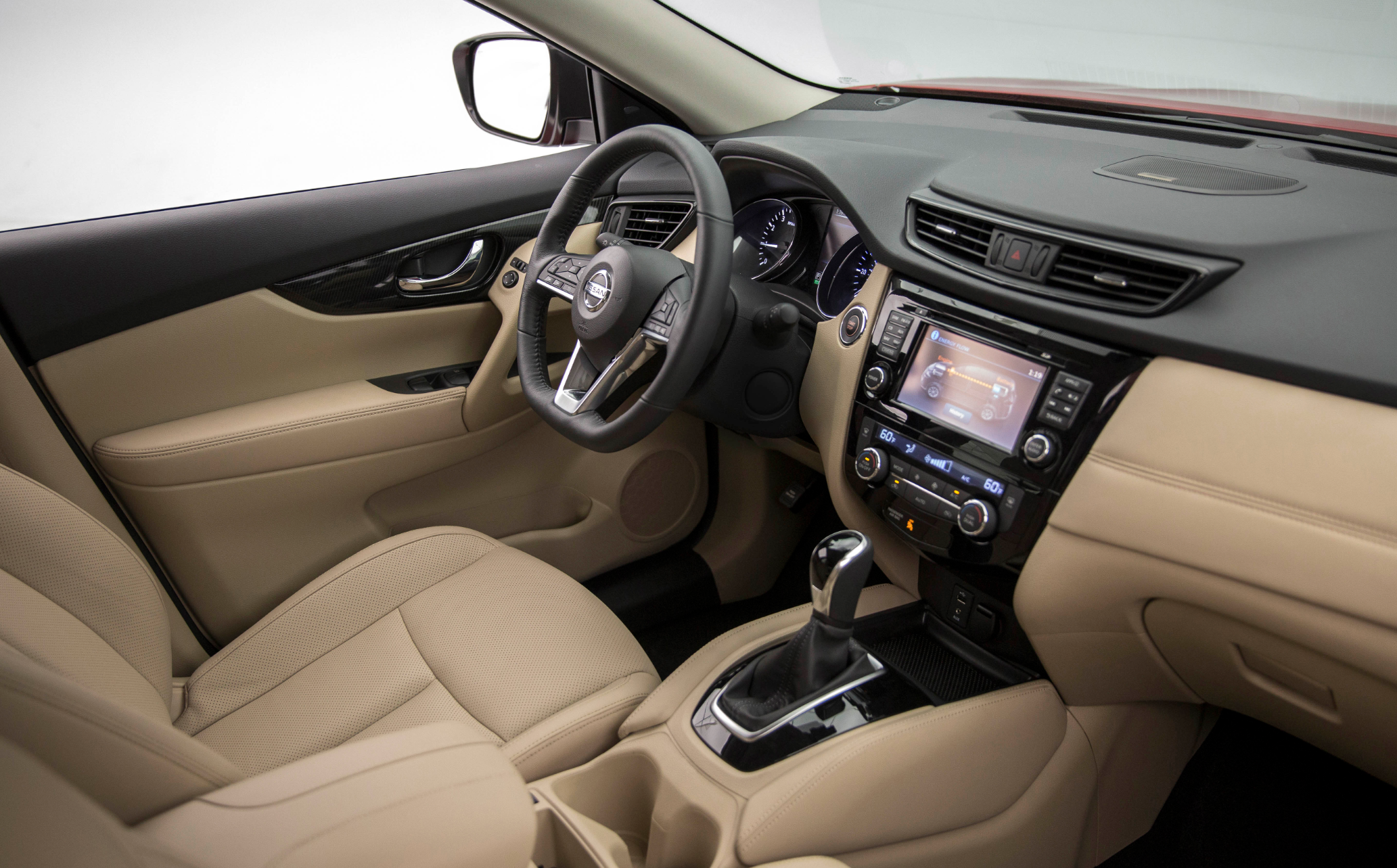 Rogue was introduced for 2008, with the current generation arriving for 2014. The redesign brought an available third-row seat, making it one of only two compact SUVs to offer 7-passenger capacity (the Mitsubishi Outlander being the other). As was its predecessor, the ’14 Rogue was powered by a 2.5-liter four mated to a CVT automatic transmission offered with front- or all-wheel drive.

That basic vehicle continues for 2017, but it adds a host of new features — both safety and comfort/convenience — that bring it thoroughly up to date with compact-class leaders. 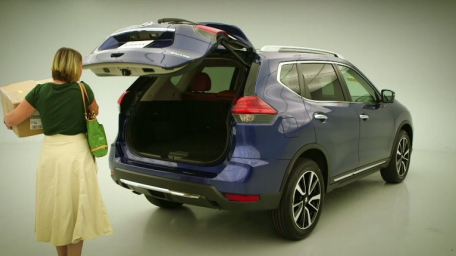 The new motion-activated power liftgate opens automatically when you swipe your foot under the rear bumper.

Meanwhile, the updated interior can be newly fitted with a heated steering wheel and driver-seat memory. Out back, the available power liftgate adds motion activation, where it powers open when your foot is swiped under the rear bumper.

But perhaps the most significant addition is the newly available Hybrid powertrain. It combines an electric motor with a smaller 2.0-liter engine to produce a total of 176 horsepower, six more than the standard 2.5-liter four. Most notable, however, is that the Hybrids are expected to carry EPA fuel-economy estimates of  33 city/35

New-for-’17 Hybrid versions are offered in front- and all-wheel-drive form and boost fuel economy by 2-7 mpg.

highway/34 combined for front-drive models, 31/34/33 for all-wheel-drive versions. These figures are 2-7 mpg higher than for Rogues with the 2.5-liter four, with the largest improvements coming in city driving. Also noteworthy is that — despite the addition of a hybrid battery pack — virtually no cargo capacity was lost, though Hybrids are not available with the Rogue’s Divide-N-Hide Cargo System, which allows the cargo floor to be lowered beneath the level of the hatch opening to accommodate taller loads.

The 2017 Rogue is due to go on sale this November, with the Hybrid following a month or so later. Prices are due to be released closer to the on-sale dates.

The Nissan Rogue was already one of our favorite compact SUVs, and Nissan’s raft of updates and new equipment–particularly the new hybrid powertrain–seem set to make it even more compelling. Nissan’s bold “V-Motion” styling suits the Rogue quite well, and should help it stand out in the crowd. Likewise, the new safety and luxury features help the Rogue stay abreast of its class competitors.