Miami moved its annual auto show from November to early September this year, making it the first show of the new-car selling season. In many cases, that gives visitors (and that includes the press during preview days) their first views of the 2017 models. Below are some of the highlights from Miami. 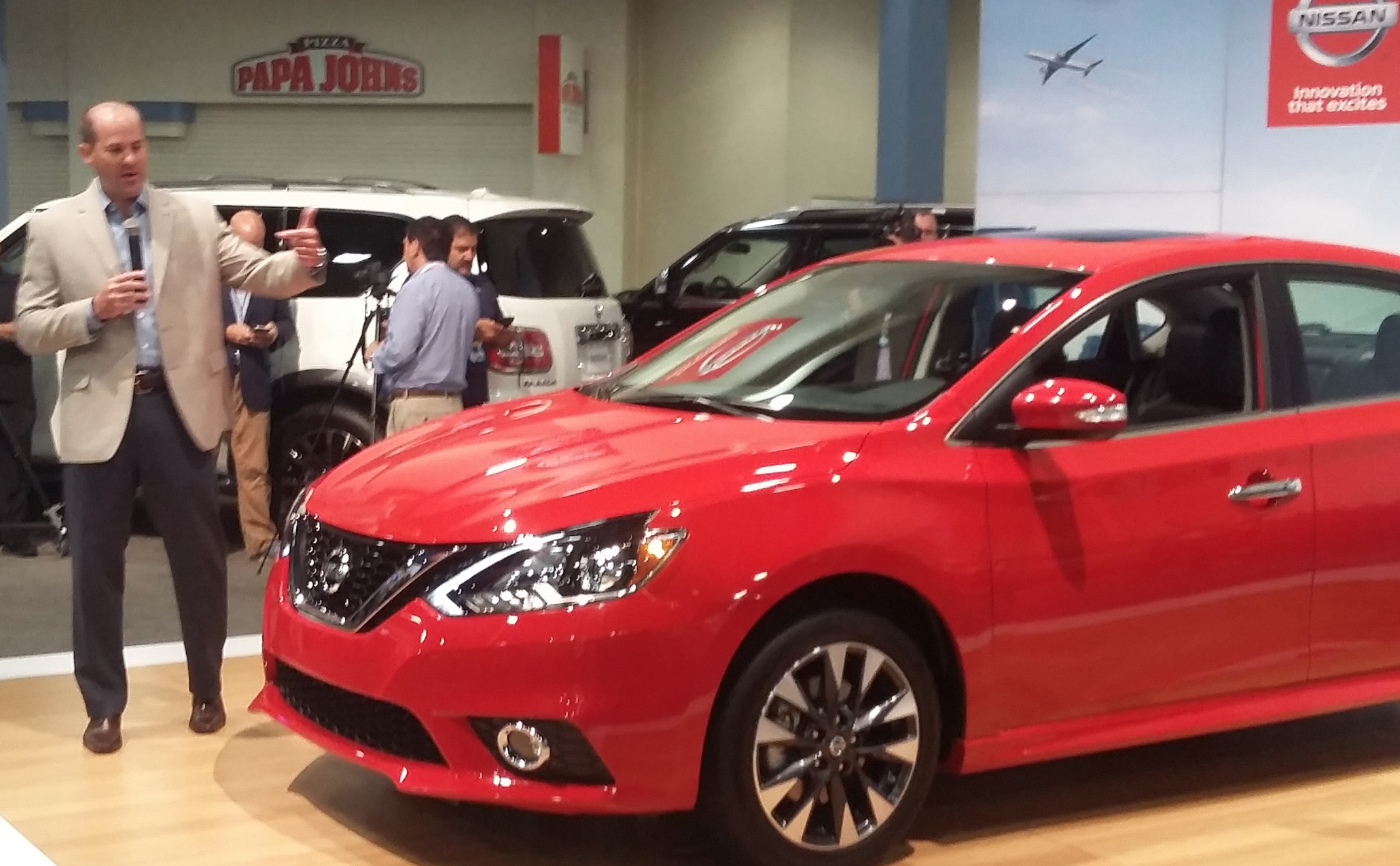 Nissan opened the show with a “night before” reveal of the updated Rogue. This 3-row, 7-passenger SUV gained a number of new features for 2017, and also added a hybrid version. A more in-depth report can be found here.

The following day, the company introduced the 2017 Sentra SR Turbo, a compact sedan with – you guessed it – turbocharged punch. The 188-horsepower, 1.6-liter turbo four is the same engine found in the quirky little Juke, and it can be mated with either a 6-speed manual transmission or a CVT automatic. (Other Sentras carry a 130-hp 1.8-liter four.) Nissan says the Sentra SR Turbo should start around $22,000 when it goes on sale next month.

Nissan says the revised Rogue will become the brand’s best-selling model within the year, overshadowing the Altima sedan. We think that’s probably true — and justified. Rogue now stands with the best in the wildly popular compact-SUV class, and it adds the appeal of 3-row seating. Meanwhile, the Sentra SR Turbo is an equally appealing car due to its invigorating power-to-price ratio. 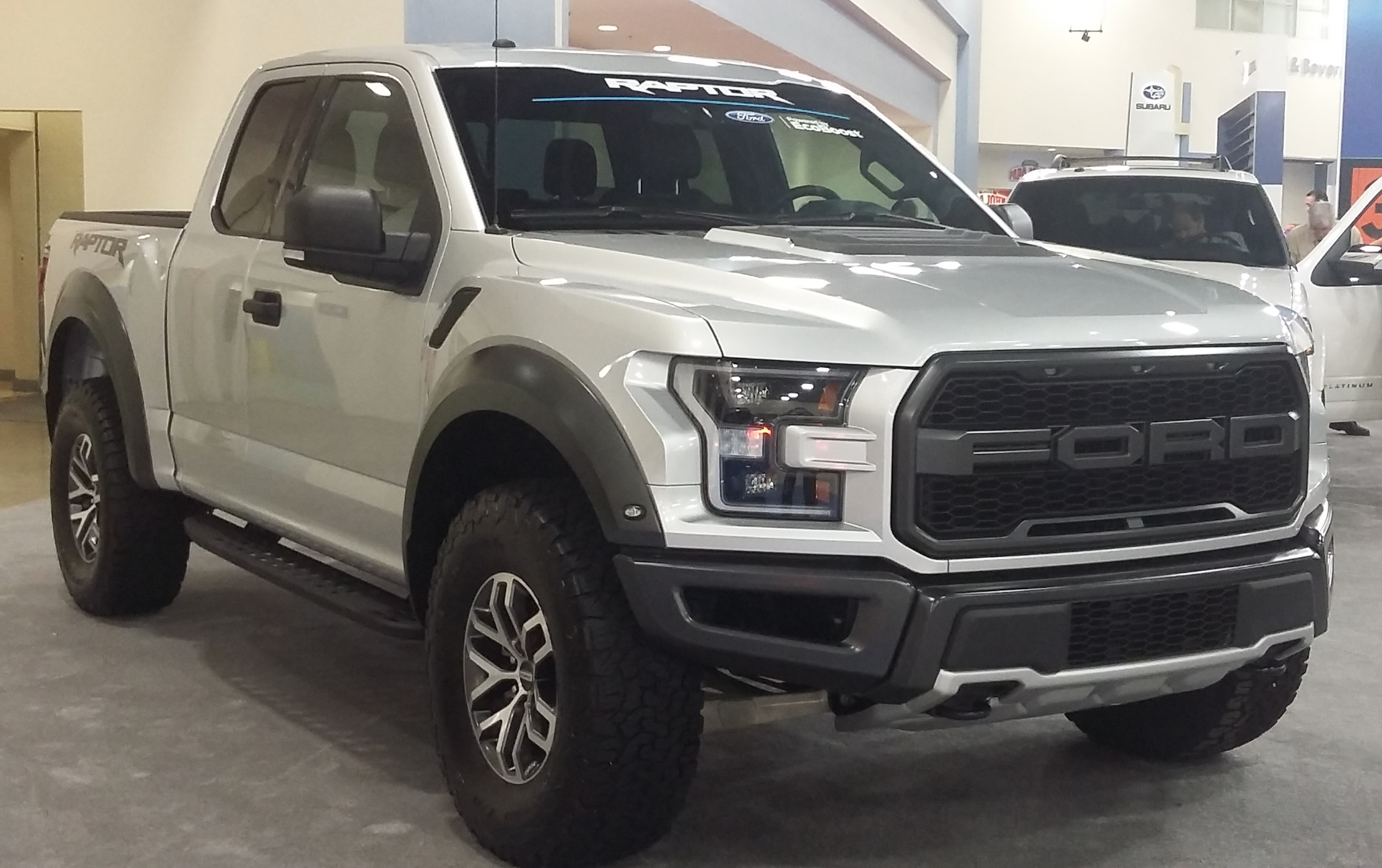 Although the “reveal” was of a revived STX trim package for the F-150, the bigger news was seen but barely mentioned: a return of the F-150 Raptor. This hardcore, performance-oriented 4×4 pickup was discontinued after 2015 but returns for 2017. No specifics were given, but the engine is expected to be a beefed-up version of the company’s EcoBoost 3.5-liter V6 (which makes 365 horsepower in other F-150s) mated to a new 10-speed automatic transmission. The silver truck shown had an extended-cab body with a very short bed – and really big dual exhaust pipes.

The Raptor is hardly practical for most folks, but that doesn’t stop it from being wildly desirable — and that includes to us. It just spells “macho” with a capital “M.” 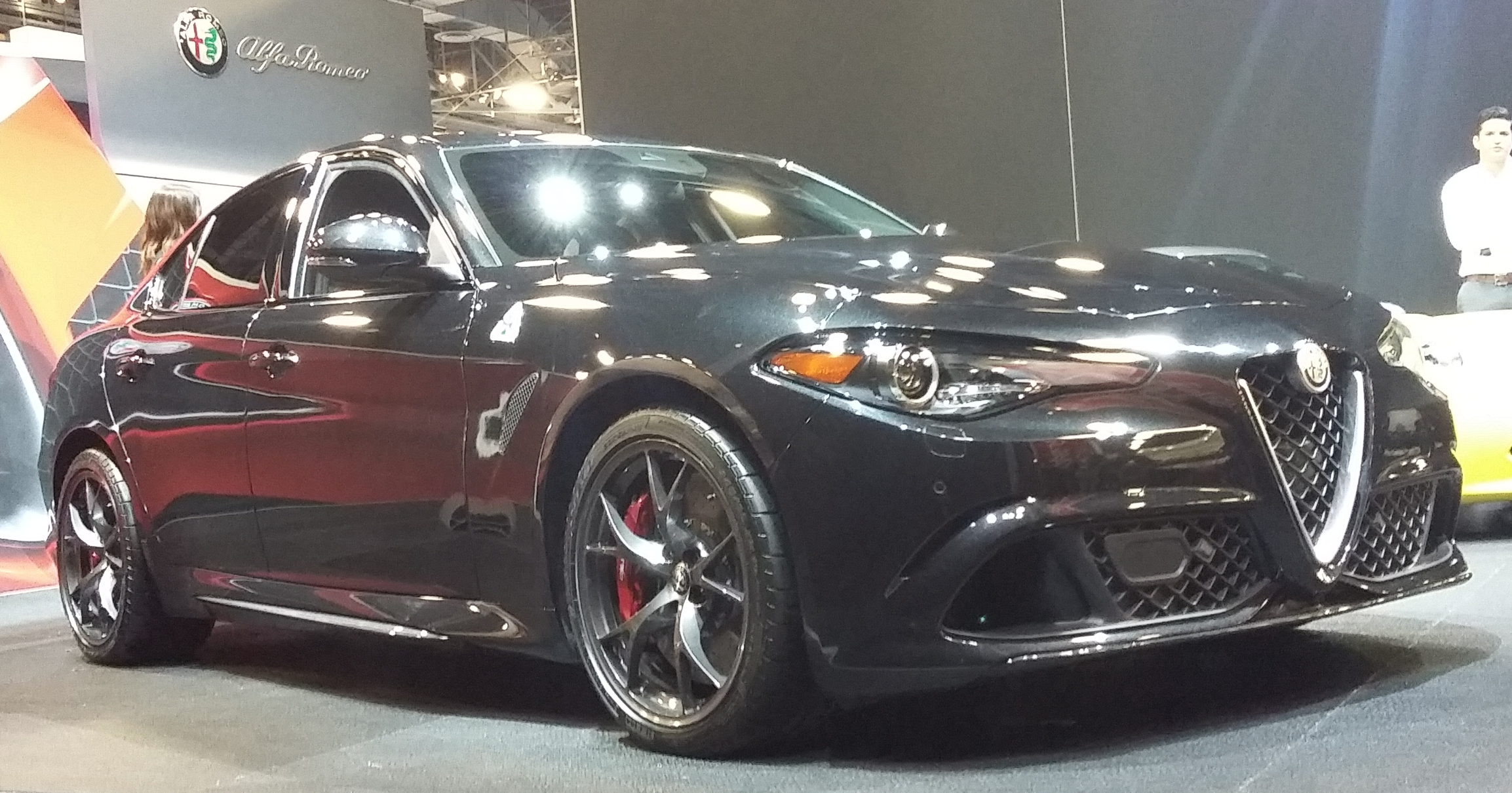 There’s been a lengthy lead-in to the new Alfa Romeo Giulia (pronounced “Julia”) sedan, but more specifics were given in Miami – notably, that it would go on sale by the end of this year at a starting price of about $40,000. The base model has a 276-horsepower turbo 2.0-liter four, is offered with rear- or all-wheel drive, and has a claimed 5.5-second 0-60 time. Topping the line is the $71,000 Quadrifoglio, which sports a 505-horsepower twin-turbo 3.0-liter V6, comes only with rear-wheel drive, and covers the 0-60 sprint in a blistering 3.8 seconds. Alfa says other models are planned to be added in the next few years.

Alfa Romeo claims the Quadrifoglio is the quickest vehicle in its class, and we can’t wait to get our hands on one. It’s this car that’s likely to determine whether Alfa gets enough of a foothold in America to warrant bringing in its other promised models, so it’s quite pivotal to the brand’s future in the states. 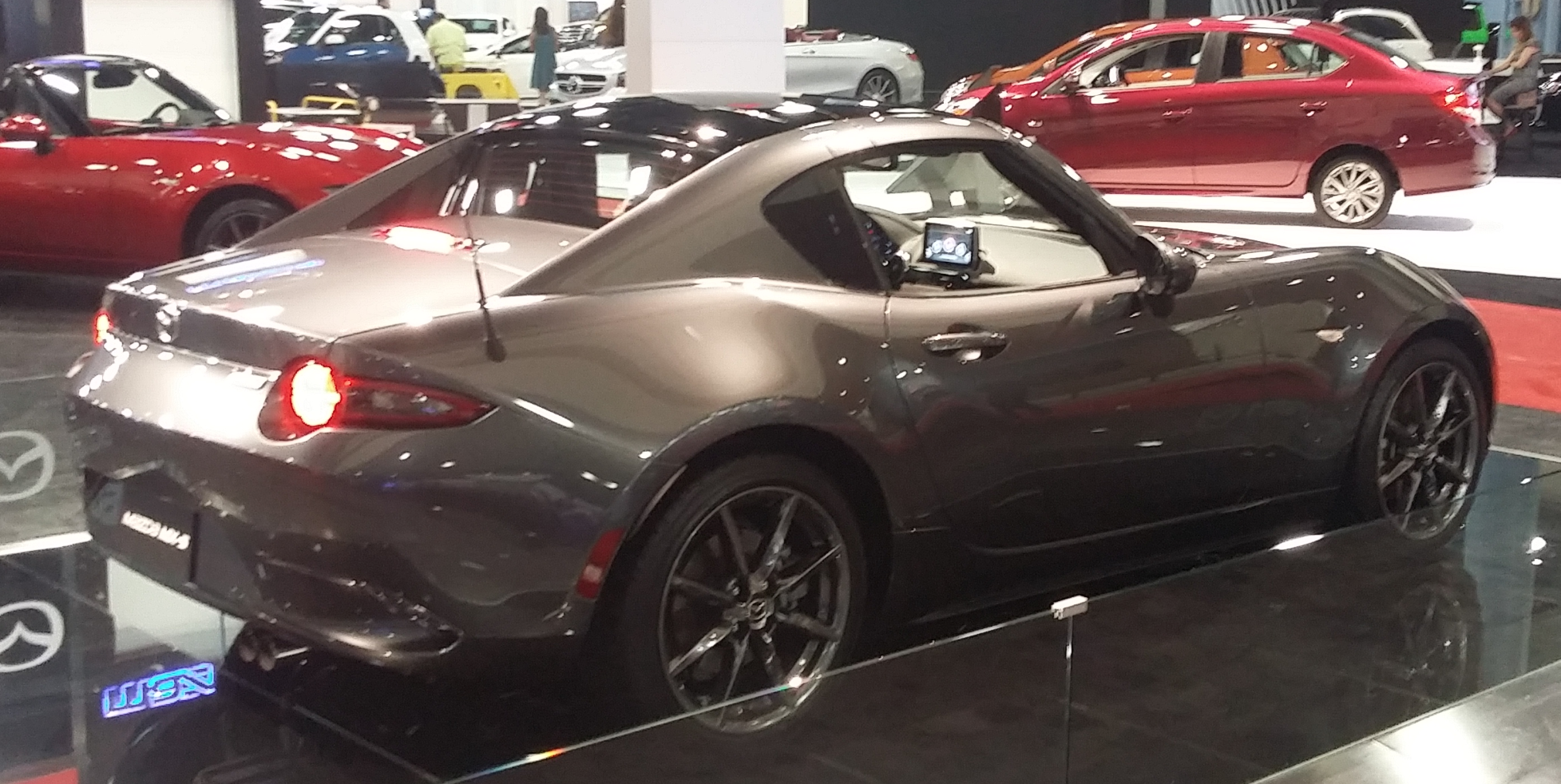 Mazda redesigned the venerable MX-5 Miata last year, and this year introduces its first coupe counterpart. But the Miata’s traditional “open air” feel hasn’t been completely abandoned, as the coupe can “flip its lid” to become a targa.

It almost seems as though “Miata” and “Coupe” should be mutually exclusive terms, but the show-floor model looked right at home with its buttressed hard roof. Furthermore, the back half of the roof lifts up and the forward half folds in underneath it, and in this targa form, it seems the new Miata offers the best of both the “open” and “closed” worlds.