Why Are de Klerk, Clinton, and Gorbachev Driving Around in Chryslers and Jeeps? 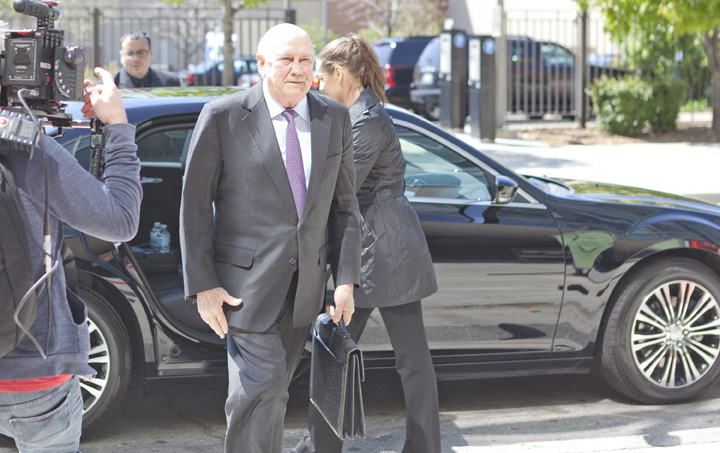 F. W. de Klerk, the former president of the Republic of South Africa and a 1993 Nobel Peace Prize winner, arrived in a Chrysler 300 at the 2012 World Summit of Nobel Peace Laureates in Chicago.

Carmakers are no strangers to event sponsorships. Most luxury makers have reached out to golf enthusiasts by working with the PGA and LPGA, and Kia has rather famously embraced the NBA. Looking outside the box, some makers latch on to more peripheral activities. For 2012, Mini became the official sponsor of Table Tennis Canada (TTCAN).

But for a maker looking to reach an audience beyond the sports crowd, where is there to turn? If not athletes, then maybe newsmakers of note. . . .

What if a maker could align its product with some of the most significant global movers and shakers of the last 25 years? What if, say, Jeep, were to be the official provider of transportation for the World Summit of Peace Laureates? Who might be seen riding in their vehicles?

As it so happens, that event—which is taking place this week in Chicago—is sponsored in part by Jeep. “The Jeep brand is honored to provide transportation for the esteemed Nobel Peace Laureates who have dedicated their lives to causes affecting world peace,” said Mike Manley, president and CEO of the Jeep Brand.

So, while the Grand Cherokees (and the occasional Chrysler) that are dodging Chicago Loop traffic won’t be ferrying around the likes of Michelle Wie or Jeremy Lin, they will be traveled in by such “celebrities” as Jimmy Carter, Bill Clinton, former South African president F. W. de Klerk, past Soviet general secretary Mikhail Gorbachev, and His Holiness The Dalai Lama, to name a few.

And while none of these folks can dunk, they have proven effective in such endeavors as ending apartheid and reeling in communism.

This year’s Summit, themed “Speak Up, Speak Out for Freedom and Rights,” will focus on peace, human rights, and youth involvement. Chicago is the first North America city to host the Summit, which is now in its 12th year.