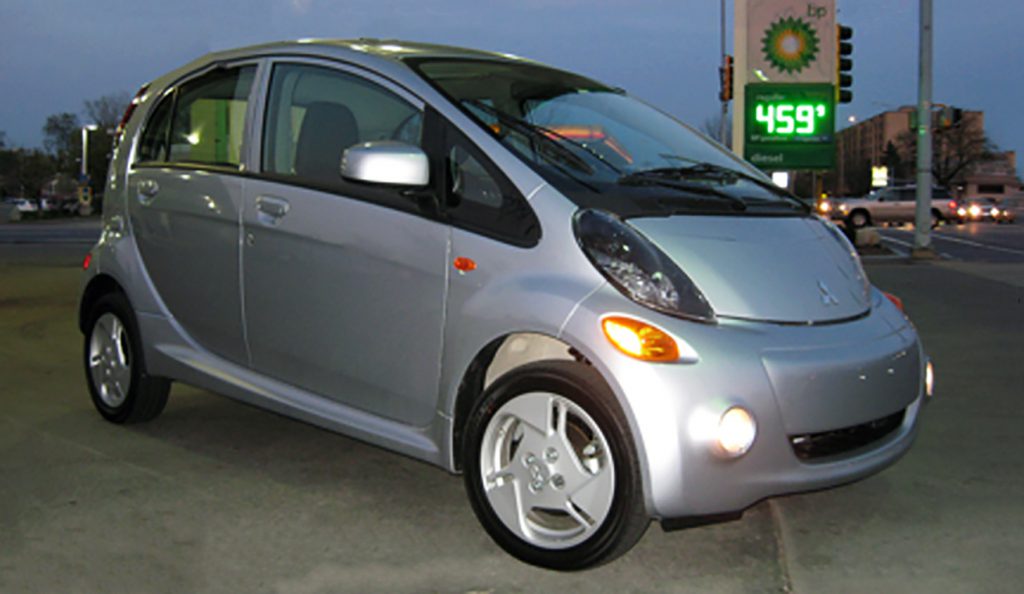 Was the Mitsubishi i a good car?

That’s what several gas stations I passed on my way to work this morning were demanding for a gallon of regular. Last week it was $4.35. Last month it was $3.75. Last December it was $3.41.

Normally this would make me cringe. But not today. Because today, I’m driving our new extended-use Mitsubishi i.

Now, you might think my indifference is due to the fact that the Mitsubishi gets great gas mileage, but you’d be wrong. Because this Mitsubishi doesn’t use any gas at all.

You see, the Mitsubishi i is an all-electric car. Like the Nissan Leaf that preceded it in the marketplace, it runs strictly on an electric motor powered by a lithium-ion battery pack. Since it runs on electricity rather than gas, it’s difficult to give a “miles per gallon” equivalent for the i. Easier is a “cost per mile” comparison.

During my three days with the car, I drove about as far as a single charge would take me: 67 miles. If I’d have driven that same distance in our long-term Hyundai Accent—quite a frugal car—and then filled it up, the 30 mpg we’re averaging would have meant I would have used 2.23 gallons of gas, resulting in a charge of $10.25 on my credit card. Covering the same 67 miles in the Mitsubishi i and then recharging it at our company’s Level 2 charging station consumed 14.914 kilowatt hours (kWh) of electricity, for which we paid 5.5 cents per kWh or a total of $0.82. That’s 82 cents. So while the Accent cost 15.3 cents per mile to drive, the i cost only . . . wait for it . . . 1.2 cents per mile.

To be fair, two big caveats affected that number. First, the “commercial” electric rate here at our building is really cheap—roughly half of what I pay at my house in Chicago. So if I had charged up at home, the cost would have been closer to 2.5 cents per mile.

Also, due to unseasonably temperate weather, I didn’t use either the heat or air conditioning, both of which would have drawn energy from the same battery that powers the car. That would have decreased the range I could have traveled on a single charge, which would also have increased my per-mile costs.

And that’s exactly why I’m glad we have our Mitsubishi i for an entire year—to drive it under the same conditions we do other cars, and then calculate an average per-mile cost. We’ll keep you posted as we go along. It will undoubtedly come out to be more than the 1.2 cents per mile of my initial outing, but it will certainly be just a fraction of the per-mile cost for even the most frugal of hybrids.

Especially if gas remains at $4.59 a gallon.