You’re Making Me Mad: Six Things Crummy Drivers Do That Mess Up My Commute 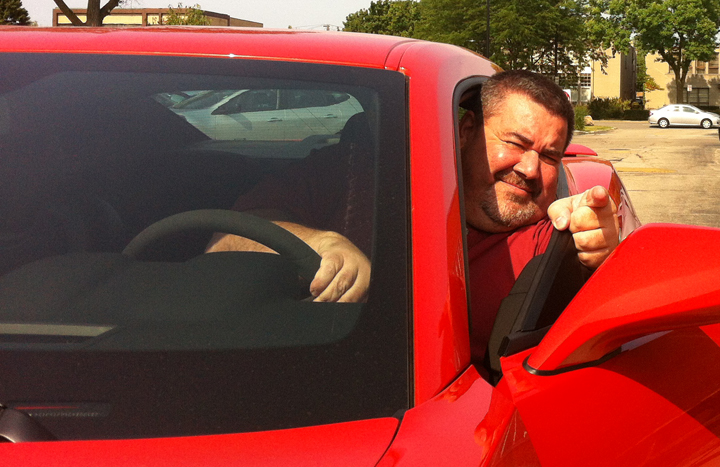 Tom’s got a list of six bad-driving habits that really tick him off.

I am pretty sure that if, as a nation, we could assess and grade the driving skills of all our drivers—and we could subsequently keep folks earning D and F grades off the road during rush hour—our collective commuting times would drop by at least half.

I’m going to pass here on mentioning folks too obsessed with their mobile devices to realize that the light has gone green. Some descendent of Dante is already working on a special guest room just for them.

You know these drivers. These are the people whose actions result in you missing lights, getting caught by trains, and arriving home late for dinner. They are the enemy—and here are the six crummy things they do that annoy me most.

Crummy Thing No. 1: Not Merging.
Okay, here’s the deal. If you are about to hit the highway, you need to be up to speed. Here’s another thing: That speed, traffic permitting, may be above the posted limit. Deal with it, because merging is YOUR JOB. I am happy to back off the throttle a little, or speed up a little, to help keep things flowing, but if I need to slam on the brakes because you haven’t actually committed to this whole highway thing but are drifting into traffic anyway, you’re making me mad.

Crummy Thing No. 2: You screwed up, and I’m going to suffer for it.
This happens way, way too often. Someone in the left-turn lane realizes that they’ve made a mistake and don’t need to make the turn. A decent soul would take the turn anyway, then turn around and continue on their way. A crummy driver, however, will hit the right turn signal and try to merge back into traffic, keeping everyone behind them from making the arrow. Usually, if you’re behind this person, you wont make the light—but they will.

Crummy Thing No. 3: Not pulling out to turn left.
This is pretty fundamental: If you’re going to turn left, you need to pull into the intersection and be ready to take advantage of any gaps in oncoming traffic. So many drivers seem afraid to pull out—Lord knows why—and hang back until the light goes yellow. Result: Only they make the light. Crummy stuff, indeed.

Crummy Thing No. 4: Not turning right on red.
According to Wikipedia—my go-to source for all my driving, health, and marital information needs—turning right at a red light, unless the intersection is marked otherwise, has been legal in every U.S. state and territory since 1980. Yet, some crummy drivers still refuse to make the turn. What gives? Just as bad are folks predisposed to turning but can’t pull the trigger. They’ll make a few throttle fakes and inch forward but never actually commit to making the turn.

Crummy Thing No. 5: Not leaving space for folks exiting a parking lot.
Wasn’t everyone taught this pleasantry in driver’s ed? When coming to a stop, be careful not to block parking lot and driveway exits so that other folks can get in and out. This is just being nice. Just like a friendly wave when someone makes space for you to enter into traffic, or pulling up a little at a light so the guy behind you can squeeze by and turn right. Why can’t we all be nice?

Crummy Thing No. 6: Giving up the right-of-way.
Right-of-way isn’t some prize you win at bingo that you can take back to your seat and share with friends. It’s the law, and law created for a darn good reason. When you decide to give up the right-of-way, you may feel good about being nice, but all you’re doing is seriously confusing other drivers committed to working within the rules. It is never okay to:

Here’s my desperate plea: If you are not interested in getting someplace relatively quickly, if you’re not willing to drive aggressively enough to keep up with traffic, or if you’re in any way afraid of driving, please stay off the road during peak traffic hours.

I fear that crummy drivers have slowed down traffic to such an extent that, as a result, serious commuters have resigned themselves to the long slog and have taken to their iPhones for refuge, only exacerbating the situation. And that’s crummy.