Why the Over-Abundance of Car Gadgets? It’s Just a Theory, but . . . 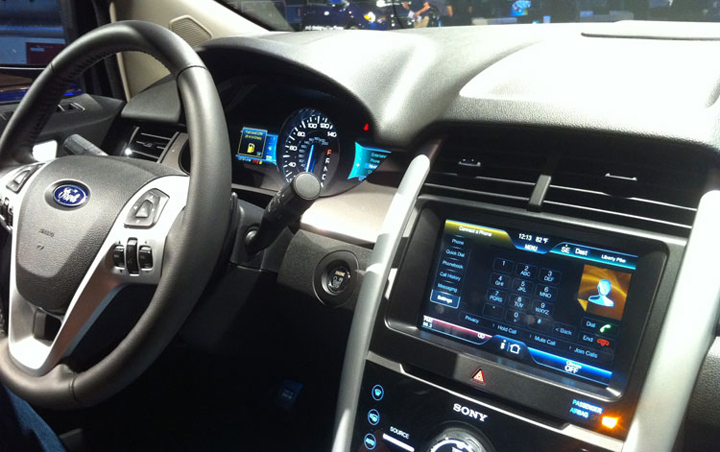 Many current vehicles offer drivers a multitude of multimedia distractions.

Surely it’s not really the case, but I can’t help thinking that some boardroom brain trust had the following conversation.

“Make them tiny!” suggests the smart one.

“Give them a tight turning radius and sturdy bumpers!” shouts the wrangler of the group.

Then the meek little engineer with the taped glasses and twin pocket protectors pipes up: “Uh . . . why don’t we just make the cars park themselves?”

And Park Assist was born.

It’s not really that there’s anything wrong with it. But some might argue that if people can’t figure out how to parallel park a car, do we really want them roaming our city streets? Shouldn’t that fear exist in order to keep them out in the suburbs where they belong?

That argument is really just part of a bigger issue that questions whether it should be the job of our cars to mask our failings and cater to our every whim. And increasingly, that argument is being overruled.

Every great once in a while, someone accuses me of being a cynic. Clearly that’s not the case. It’s just that I sometimes come up with underlying reasons for things other people can’t explain.

5 Good Ideas That Have Come and (Sadly) Gone

For instance, take the exploding use of multimedia electronics in cars. Now, common sense might tell you that anything that distracts a driver from the very important task of threading a two-ton projectile between crowds of people and other moving objects would be a bad idea. And if so, you might think there’s absolutely no good reason for it. Yet today’s cars are awash with distractions beyond that caused by the ubiquitous—and in some areas, outlawed—cell phone. And that got me to thinking.

Ever notice how these electronic devices flourished just as all manner of safety equipment—such as pre-tensioning seatbelts and a cocoon of airbags—was becoming standard? I did. And there’s a simple explanation.

All that safety equipment was prompted by federal regulations, and it costs manufacturers a bunch. On a per-car basis, it costs less if you spread the expense over more cars. Trouble is, the recent financial unpleasantness put auto sales in the tank, so manufacturers had to figure out another way to pull in profits. And they did.

The answer? Install all sorts of multimedia equipment in the cars. It really ends up being a dollarific double whammy, so to speak.

See how this works?

But of course, that’s just a hair-brained theory. Surely it’s not really the case.