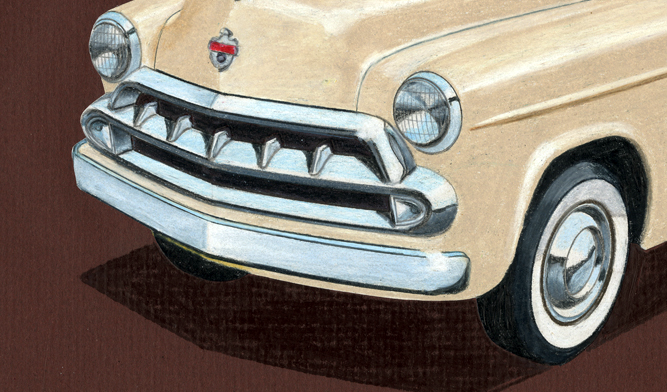 Time for another exercise in counterfactual automotive history. This time we ask the question: What would have happened if other carmakers had lent their designers to Crosley Motors to help style an all-new 1953 Crosley lineup?

In reality, Crosley didn’t actually survive to see 1953, having ceased automotive operations in mid-1952. The post-war “seller’s market” boom was quickly coming to an end, and sales of the tiny, oddly-styled, and cheaply made Crosley–which were never particularly strong to begin with–were dropping rapidly.

With their vast resources and near infinite design capacity, it seems likely that the Big Three would have done a better job engineering small, affordable cars than Crosley did, but who knows? Anyway, here’s my take on what might if happened had Crosley gotten some help.

Using design cues from the 1949 and 1952 Fords, this cute little car might have sold very well. 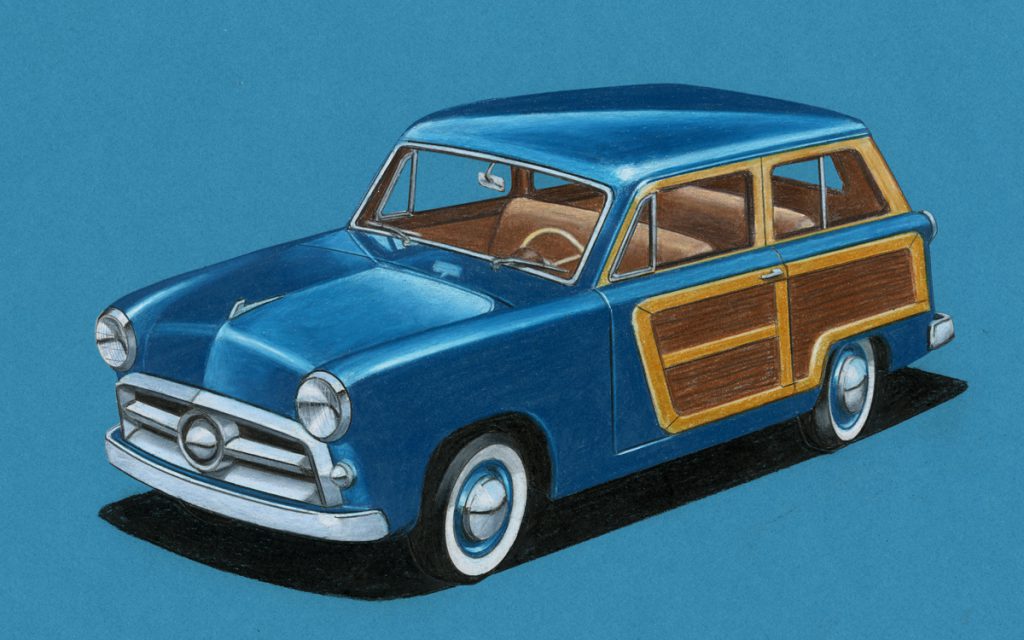 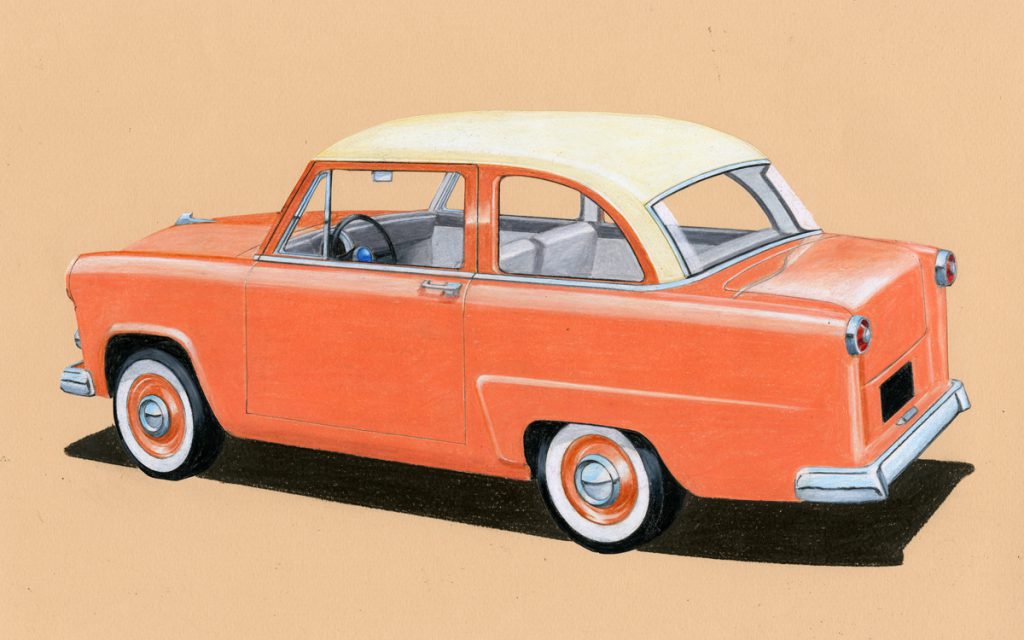 With its high cowl and hood, General Motors’s version of the ’53 Crosley looks a bit like every car GM built between 1948 and 1953. Plus, it has a bit more chrome than the other designs. 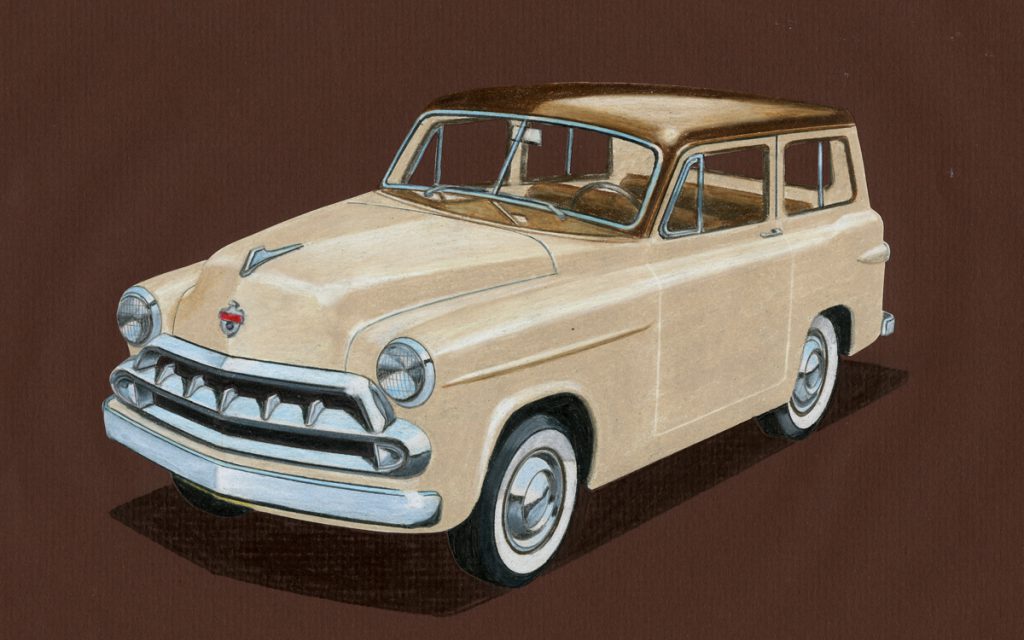 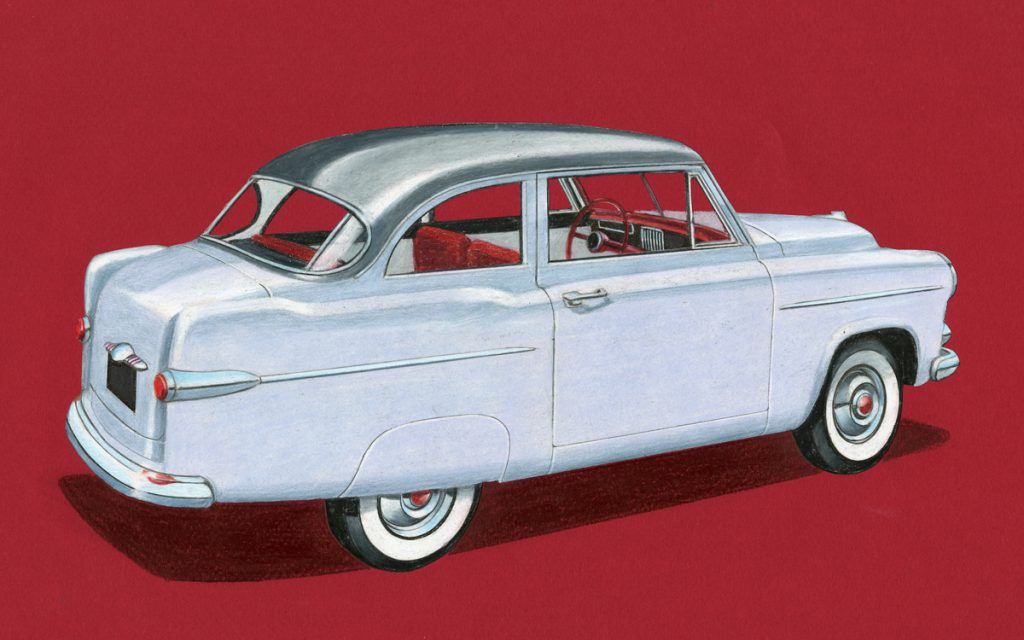 This take on the Crosley looks a little like a shrunken version of the Nash Ambassador, skirted wheels and all. 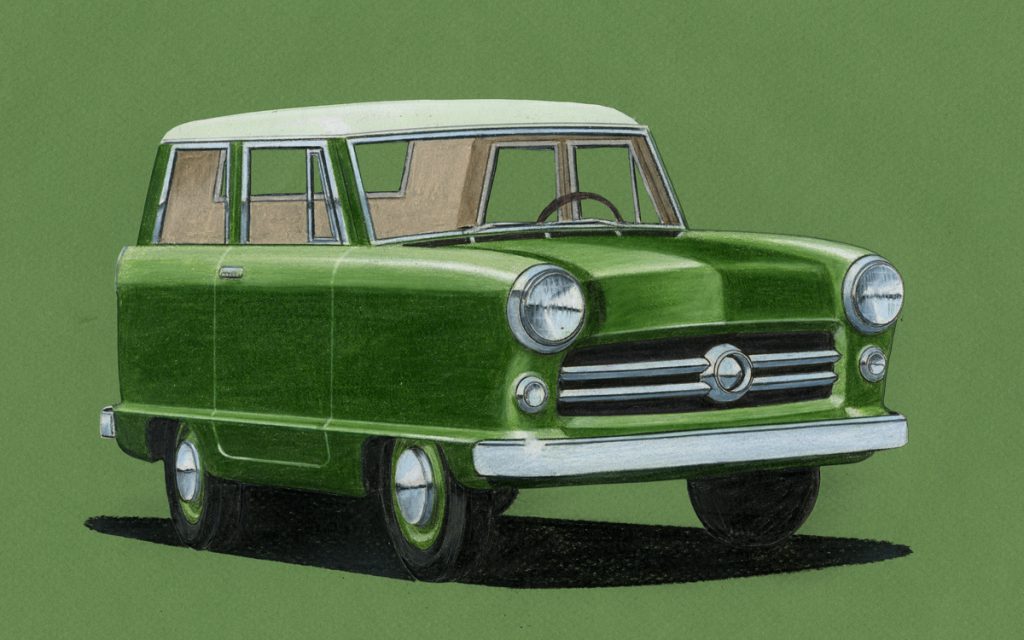 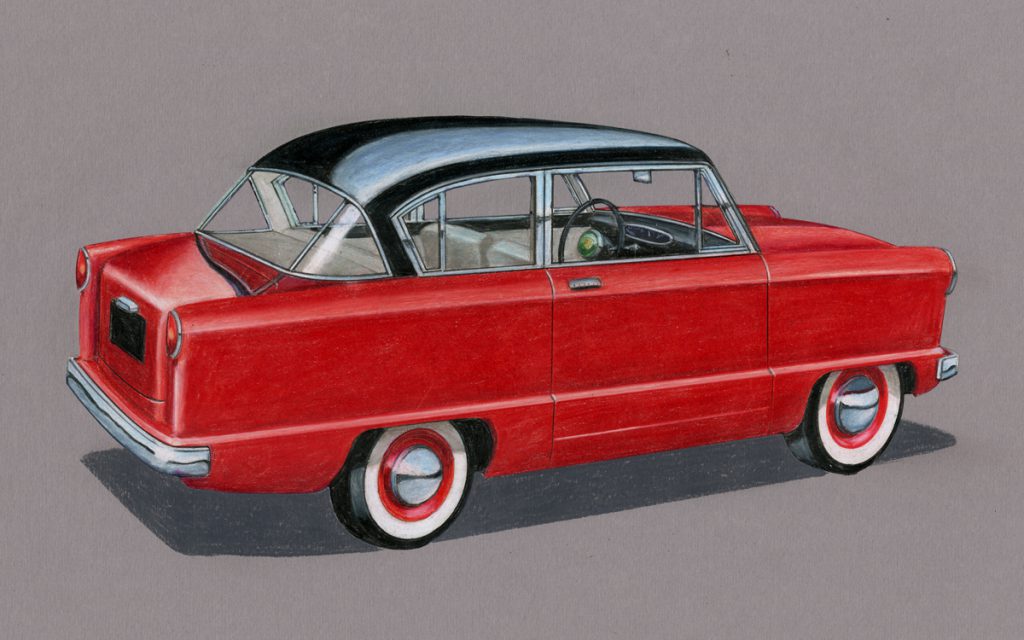 Rather than going with the tall, narrow style of the new-for-1953 Hudson Jet compact car, this Crosley design is more in keeping with the 1948-1953 big Hudsons–fender skirts and all. 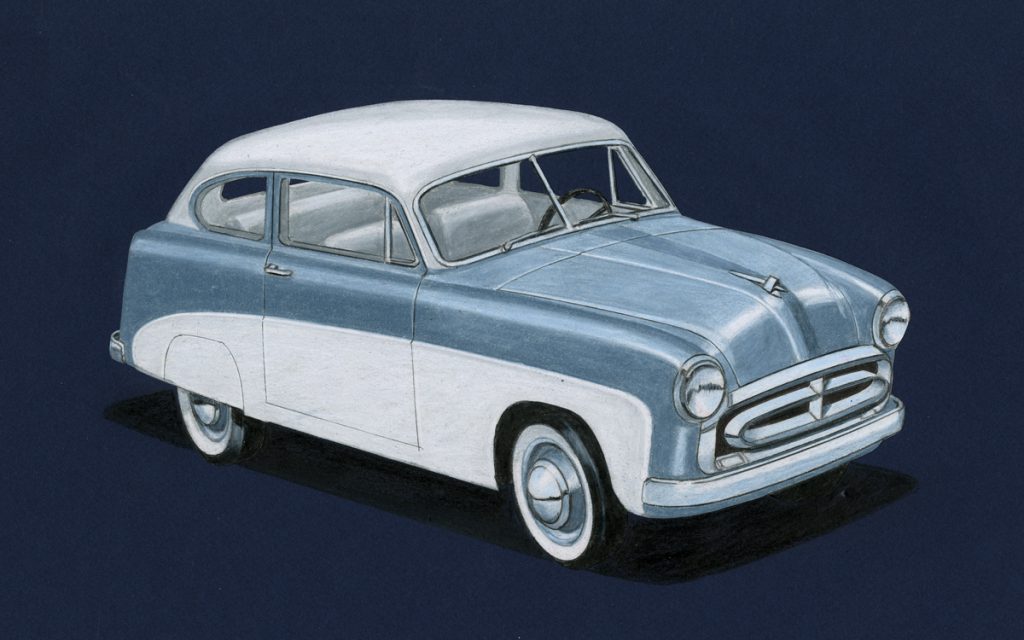 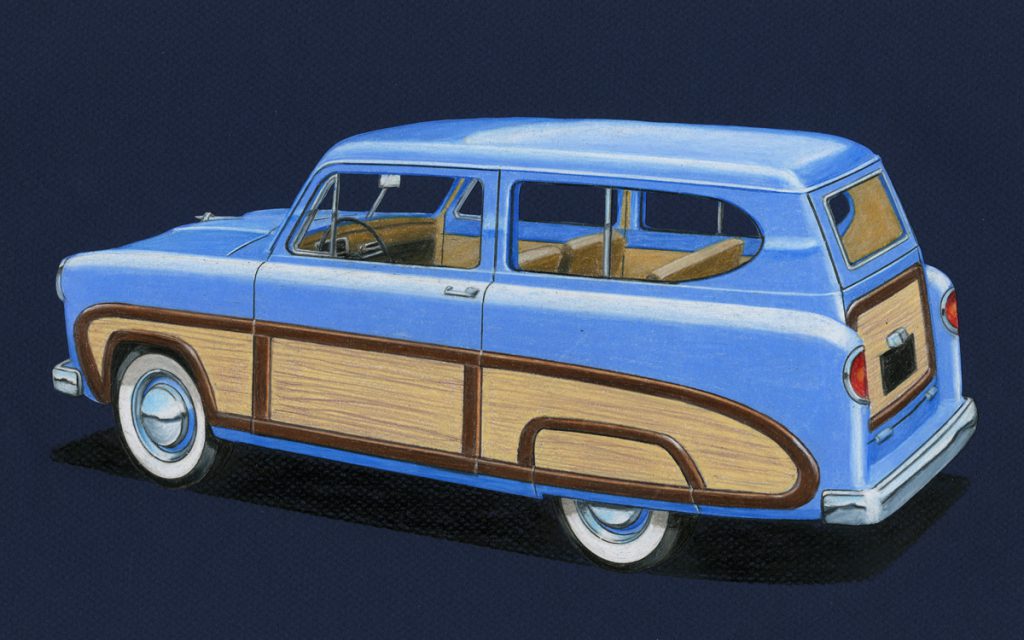 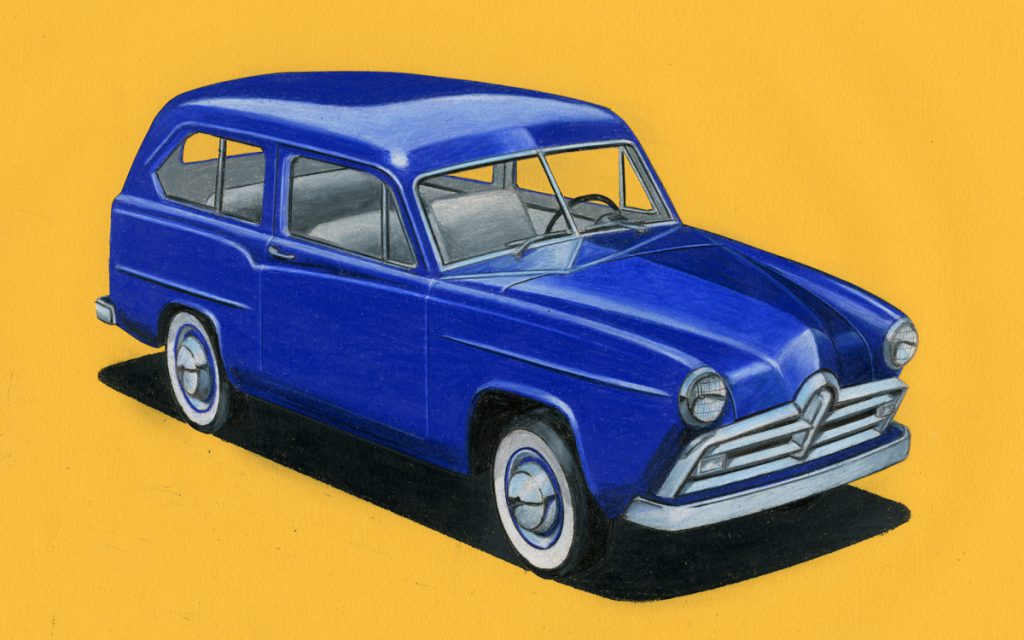 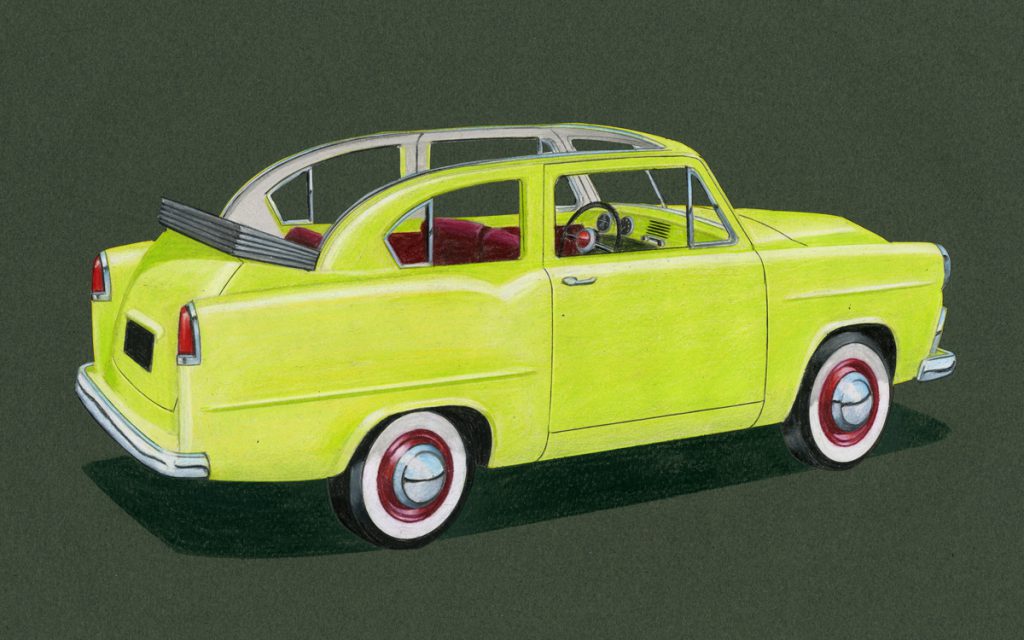 Styling cues the all-new-for-1953 Plymouths–namely the full-width bar grille and bodyside character lines–don’t do quite as much as one might expect to make the Crosley look lower and wider. 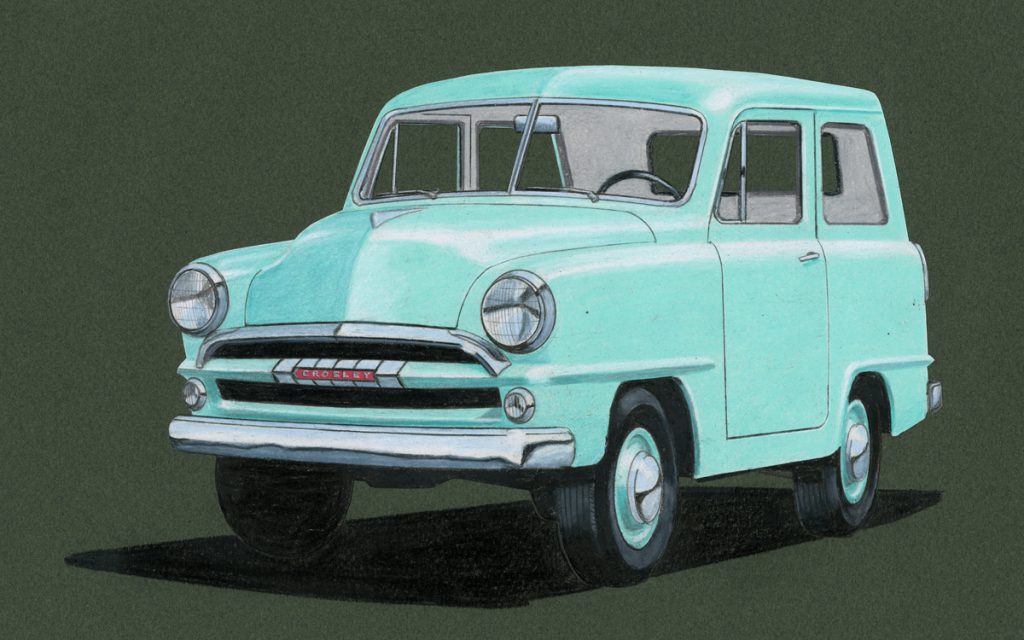 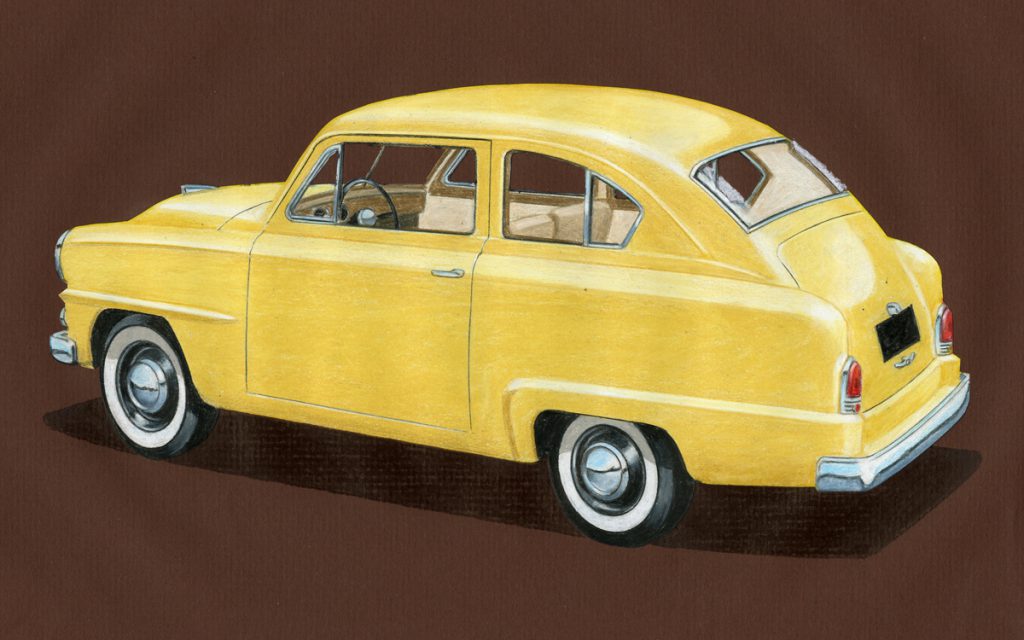 There is more than a hint of the groundbreaking 1953 Studebaker’s look here, which results in a Crosley that looks a bit bigger than it actually is. 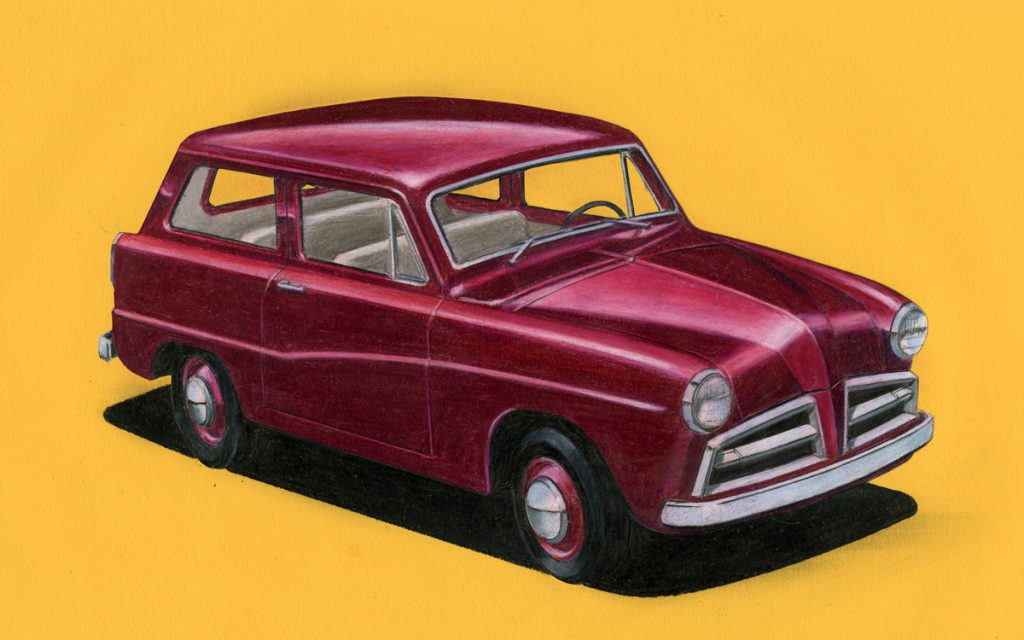 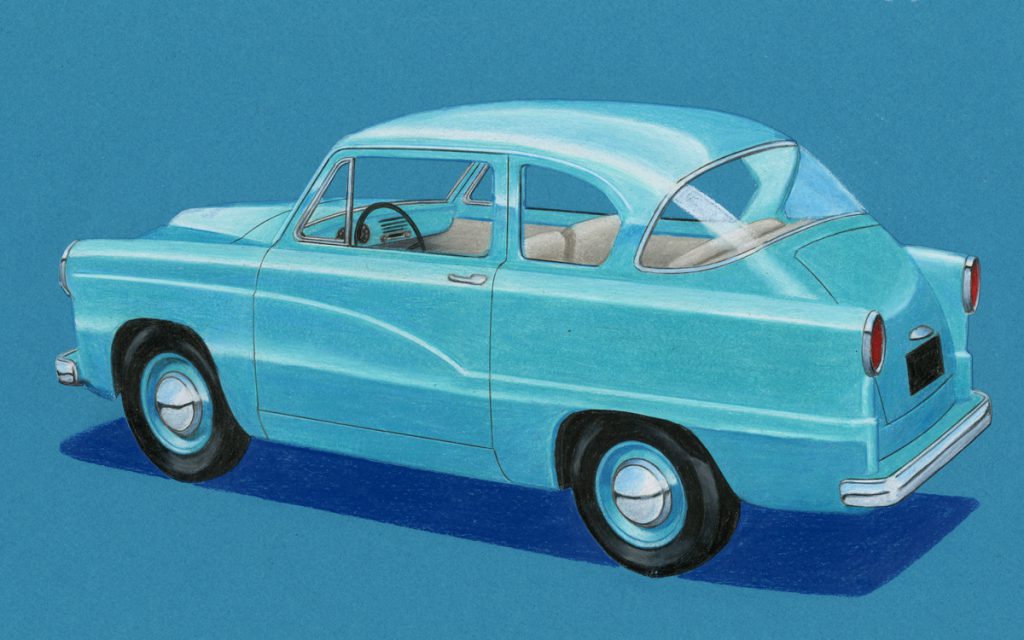