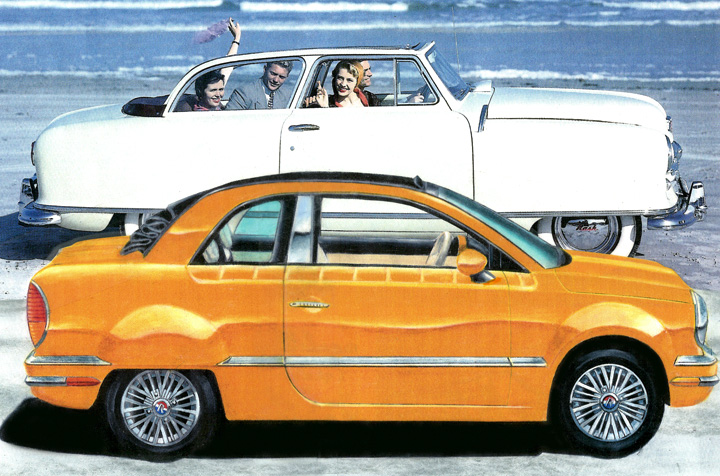 A fan of the old Nash Rambler (white), Frank suggests that the Chrysler Group create a new-style Rambler (yellow)—a convertible with a top that folds back on rails (like the Rambler and the 2012 Fiat 500 Cabrio).

Back in 1950, Nash—later one of the building blocks of American Motors—introduced the Rambler, a cute, little (for the time) 4/5-passenger convertible with a top that folded back on rails. It wasn’t the first time somebody would use this trick to make a sedan into ragtop, nor would it be the last. In fact, today’s Fiat 500 Cabrio is just such a car.

Weirdly enough, despite being decades apart, the Rambler and the 500 share something more than a little-used construction technique. The former Chrysler Corporation bought American Motors in 1987. Chrysler’s main aim was to get its hands on AMC’s profitable Jeep lineup, but it also became the holder of the history of its former carmaking rival, including the model names. Then, when Chrysler LLC found itself in bankruptcy in 2009, Italy’s Fiat stepped in to take over control—and get a renewed foothold for its own products in the U.S. That’s where opportunity comes knocking.  With “global platforms” being all the rage at multinational car companies like the Fiat/Chrysler combine, it seems to me that the time is right to reintroduce the Rambler by using the 500 Cabrio as a starting point.

How might this happen? For starters, by adding a few inches to the “Cinquecento’s” 90.6-inch wheelbase forward of the cowl and extending the rear quarter panels to incorporate a deck lid. Then throw in some styling cues from the original Rambler, and Chrysler Group would have another brand to sell.

I’m proposing three models, a couple of them with names that would dig a little deeper into AMC’s history. A step up from a bare-bones model would be the mid-level “Classic.” A sports model, the “AMX,” would use the powerplant from the raciest 500 yet, the Abarth.

I realize this is kind of a goofy idea, but stranger cars have happened.

Working off the Fiat 500 design (blue), Frank would add a few inches to the wheelbase and extend the rear quarter panels to incorporate a deck lid.

The proposed base model 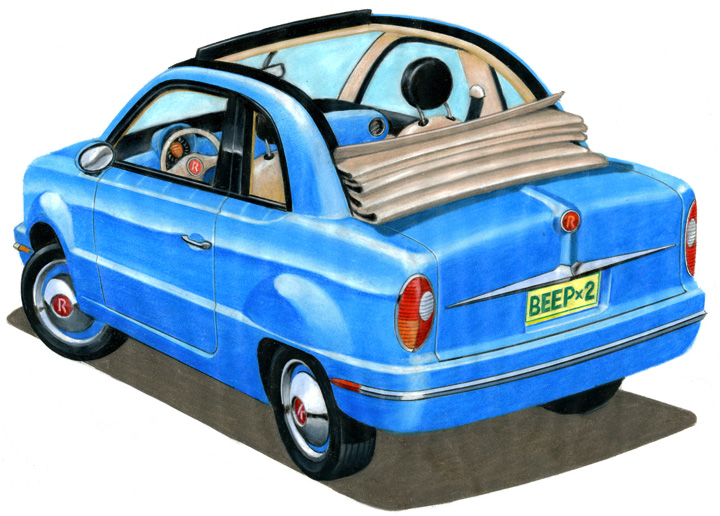 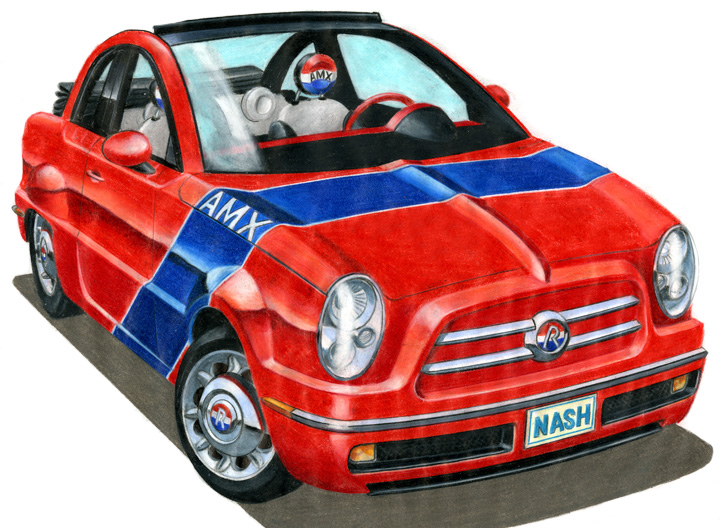