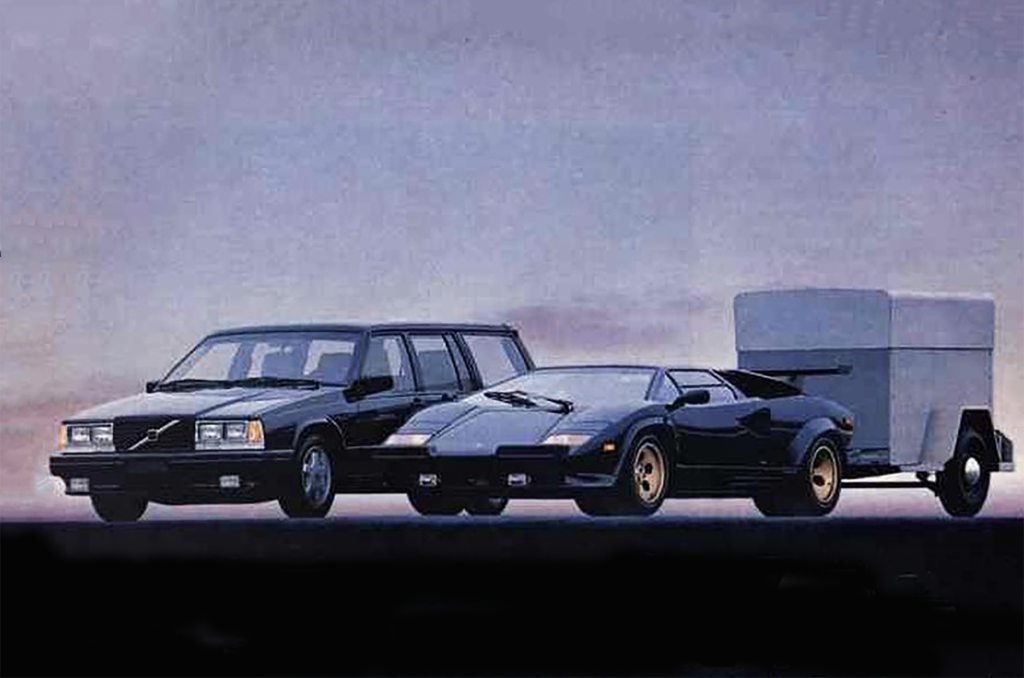 When you’re an automaker whose advertising people have spent years brilliantly crafting a message of safety and reliability, you’re going to need to do something special when you add performance to the mix. And so it was when Volvo wanted to get the word out about its turbocharged models—especially the wagons.

Introduced in 1984, Volvo’s 700 Series cars were a move upscale from the company’s legendary 200 Series models. Along with more premium trim and features, the new Volvos were also better handling vehicles—a fact not lost on European-car enthusiasts.

While Volvo marketers were keen to maintain the brand’s reputation for trustworthy stoutness, they were also keen to court the kind of shoppers predisposed to consider an Audi, BMW, or Saab before a Volvo.

Enter the Turbo. Available in varying displacements and power outputs, Volvo’s turbocharged 4-cylinder engine transformed the 700 Series vehicles in a way that thrilled the automotive media and many car shoppers alike. Note that turbocharged versions of the 200 Series cars were also available—though not as heavily marketed.

Depending on the test-drive source, a Volvo 740 Turbo could accelerate from 0 to 60 mph in between 7.0 and 8.0 seconds. Thus, the stoic-looking Swede was about as quick as a non-turbocharged Porsche 944 of the same vintage, and not much slower than a contemporary Chevrolet Camaro IROC-Z. 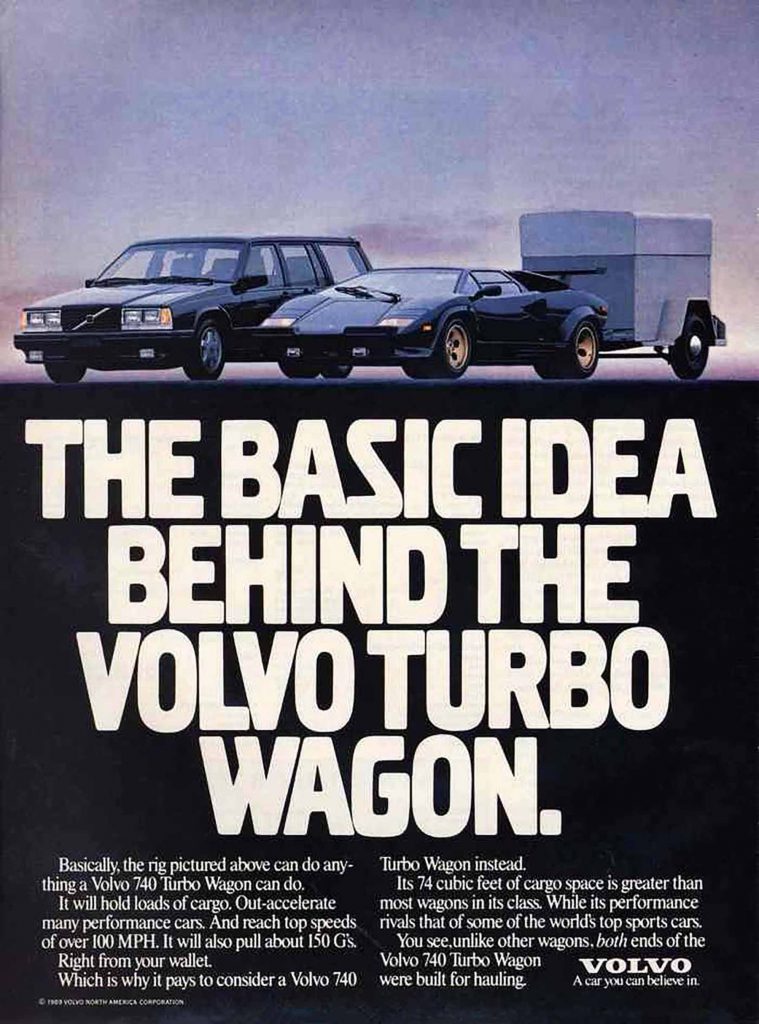 To make exactly this point, Volvo launched an ad campaign comparing the 740 Turbo—always in wagon form—to some of the era’s most recognizable performance cars, including the Lotus Esprit and the aforementioned Porsche 944. However, the best ad, featured here, drew on the Volvo wagon’s inherent practicality, and placed the car aside a Lamborghini Countach saddled with a small U-Haul trailer. 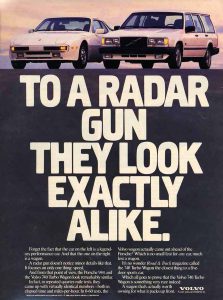 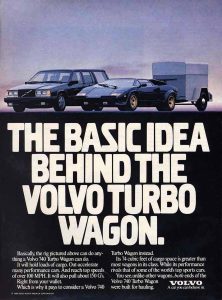 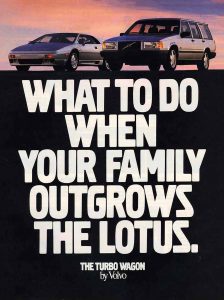