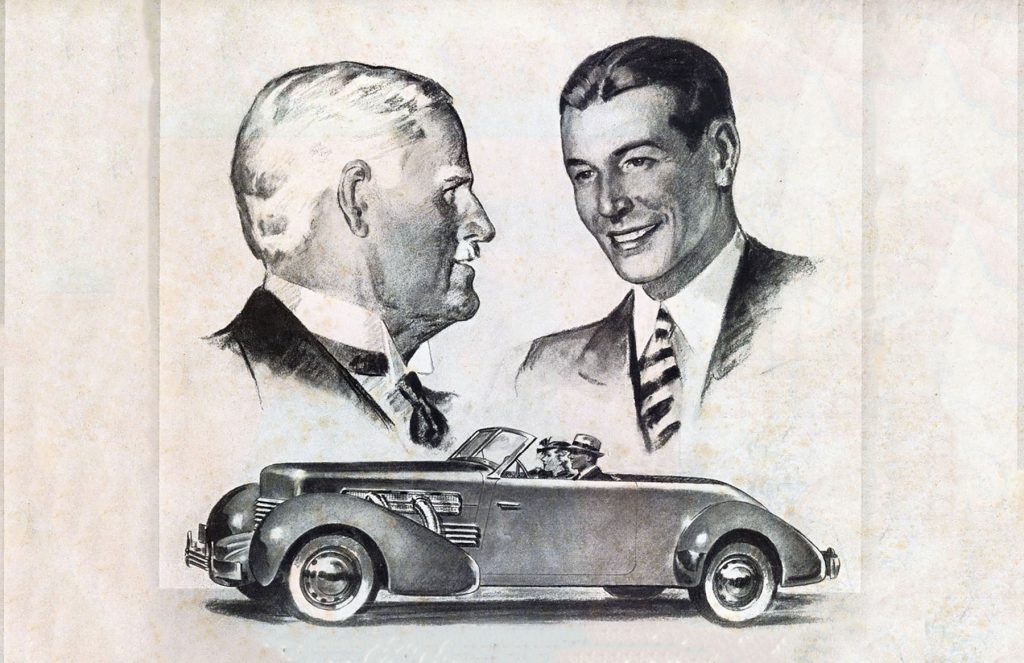 Question: What’s the nicest graduation gift you ever received… high school or college? If it was a car, you’re one of those people that everyone else in your class hated. Still, kudos to you. Scoring a car as gift—for any reason—is pretty cool. I suspect your grades were better than mine.

Another question: What kind of car were you gifted? I ask, because the odds are it wasn’t nearly as cool as a freaking 1937 Cord 812. Yet, that’s what Mr. Perfect Hair in the ad below received from his father upon the event of his graduation.

But it’s not just the car, the perfect hair, nor dad’s old-school detachable collar that draw me to this classic car ad—it’s the fantastic language used in the text:

Son, I’m proud you chose a Super-Charged Cord for your graduation present. Your reasons for preferring it increase my confidence in you. Your Mother asked, “Isn’t that the car that is so very powerful and fast?”  I used your own arguments. “Yes, but its very power and efficiency make it the safest of cars to drive. In a pinch, there is the priceless safety of hair-trigger action and lightning acceleration. Then, too, the Cord makes you want to drive like a gentleman. As other drivers race alongside of you, and get a glimpse of the Cord’s glistening exhaust pipes, they know they can pass only because you permit it.” Your Mother and I will feel safer because, when driving a Cord, you don’t feel called on to drive recklessly, no more than a Champion has to push people around to let them know who he is. 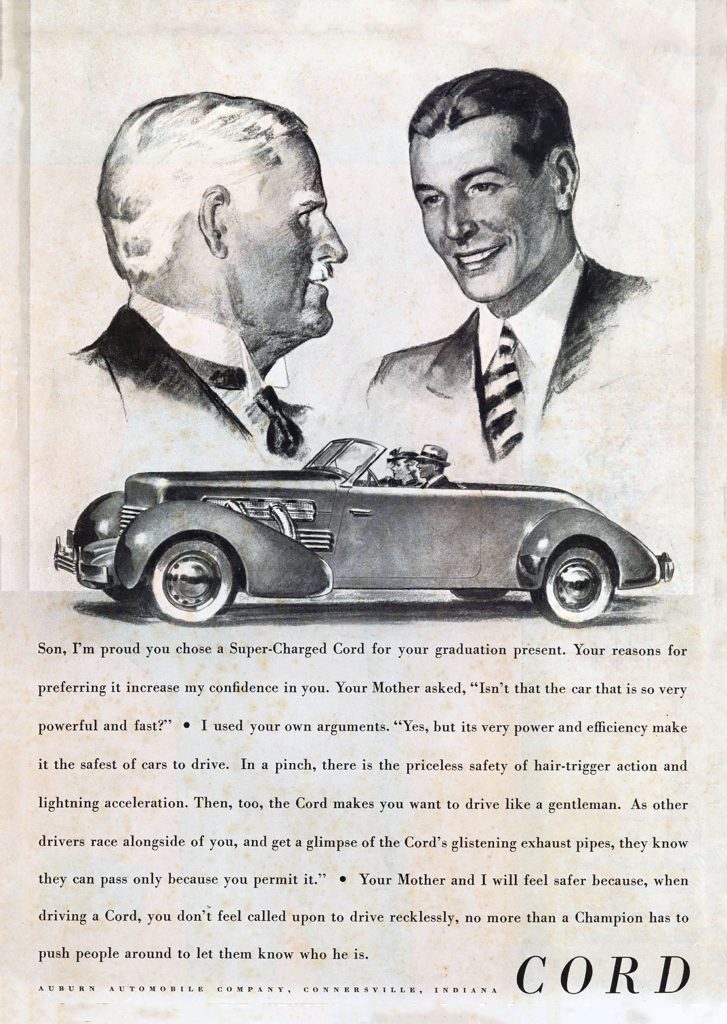 Man, after selling that argument, you know this kid is going to law school.

But still, car prices are difficult to compare across the decades. A modern analog for the Cord above might be the BMW M8, a serious grand-touring car that, in convertible form, comes very close to $200,000. A fine graduation gift, indeed.

And, for the record, “…they know they can pass only because you permit it.” is absolutely some of my favorite auto-ad copy, ever. 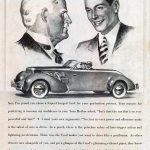 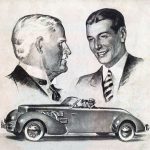 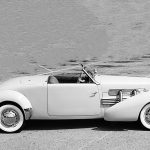