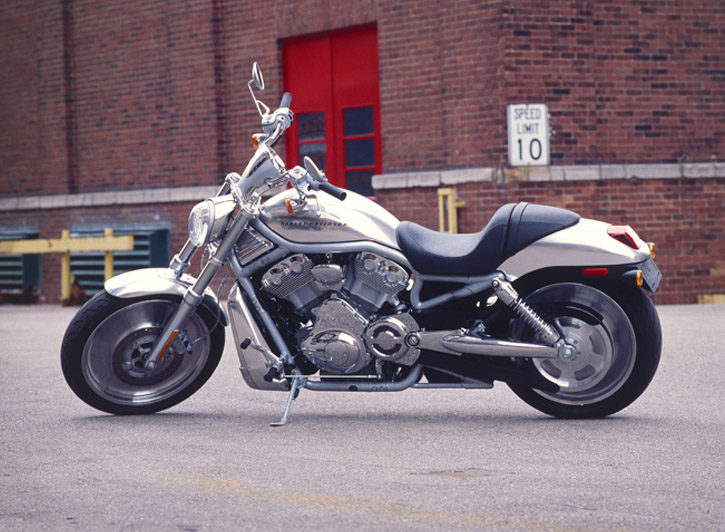 Although Harley-Davidson’s traditional bikes shared a number of key characteristics, including V-twin engines featuring a 45-degree-angle V, air cooling, and two-valve cylinder heads, none of that mattered when the V-Twin Racing Street Custom (VRSC), or just V-Rod, was rolled out for the 2002 model  year.

Although the V-Rod engine was unlike any retail Harley-Davidson powerplant before it, it wasn’t new to Harley itself. In the mid-Nineties, Harley-Davidson campaigned the VR1000, a racing bike powered by a liquid-cooled 60-degree V-twin featuring double-overhead cam, four-valve cylinder heads–basically the same engine found on the V-Rod. 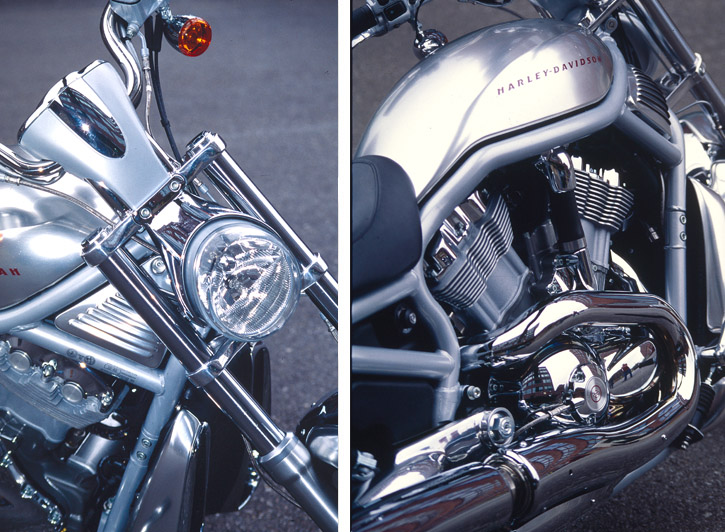 The high-tech V-Rod “Revolution V-Twin” engine displaced 1131 cubic centimeters, and featured sequential-port fuel injection and cylinder-top ignition coils. Though of modest displacement by company standards, the Revolution engine’s 115-horsepower output bested that of any other retail Harley mill before it.

The Revolution engine was not the V-Rod’s only departure from Harley-Davidson canon. Longer and lower than other Harley bikes, the V-Rod featured an exposed tube frame, aluminum body panels, an oval headlamp, and an especially steep fork angle. Additionally, the V-Rod was only the second Harley to boast solid wheels front and rear.

Predictably, many Harley-Davidson traditionalists took issue with the radical new V-Rod. However, the bike’s power and design have made it a classic in its own right.