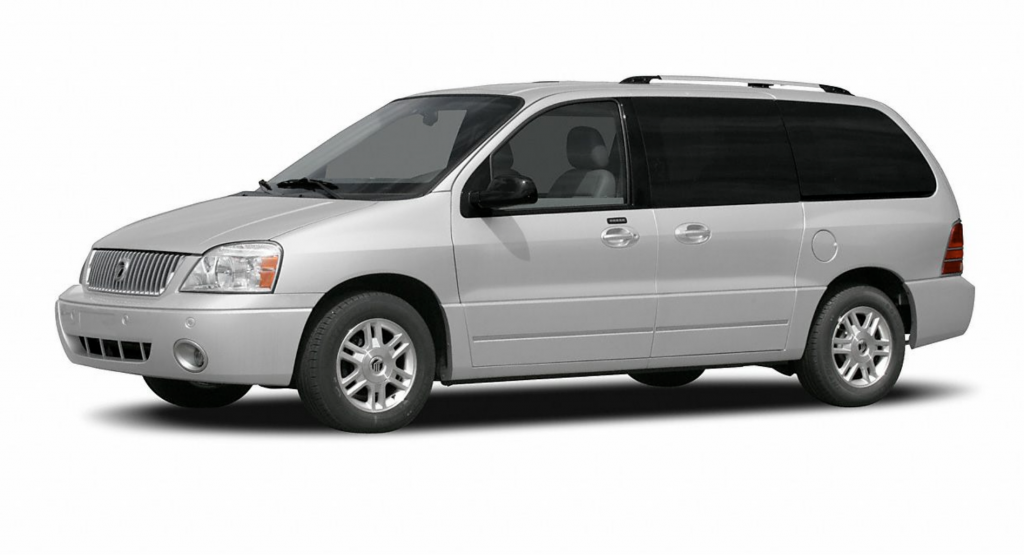 Mercury says 2007 is the last model year for its slow-selling minivan. Monterey is a retrimmed Ford Freestar with a 201-hp V6, 4-speed automatic transmission, standard ABS, and three-row seating for seven. Traction/antiskid control is available. Standard equipment includes front side and curtain side airbags covering all rows. Second-row seats are either twin flip/fold buckets or a no-cost two-place bench. A 3rd-row bench seat folds into the floor and also flips backward for use beneath an open liftgate. Front and rear obstacle detection is standard. A power liftgate is optional, as are DVD entertainment and heated/cooled front seats. Monterey’s performance and accommodations mirror those of similarly equipped Freestars.

More about the Monterey 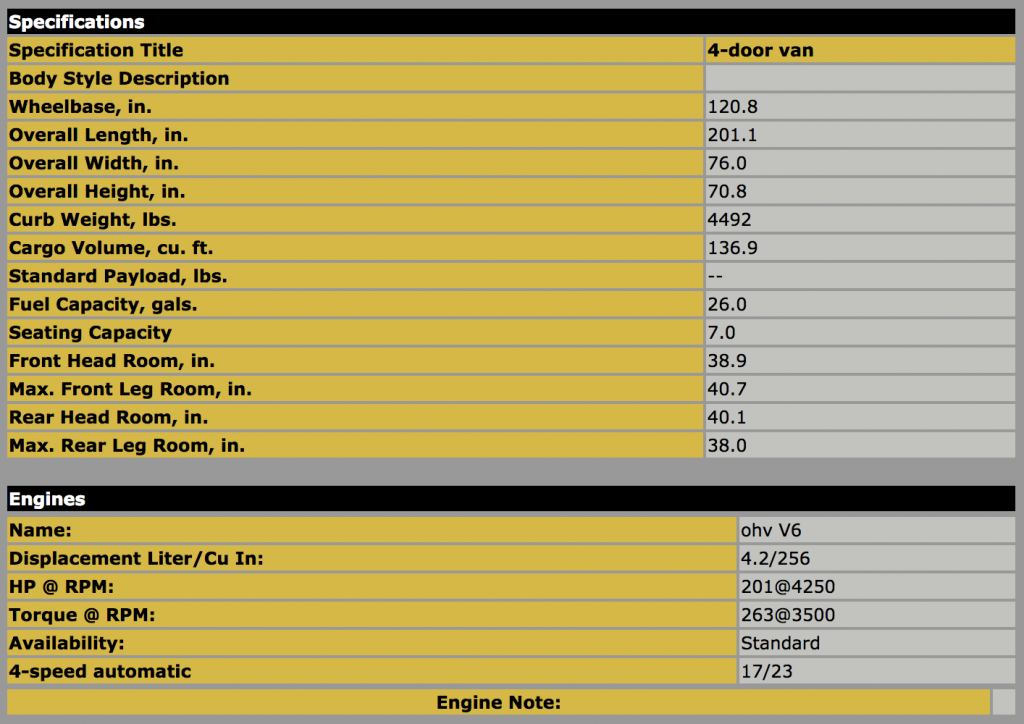 Monterey, like Freestar, is attractively priced and offers laudable safety and convenience features. But an aging basic design dims its overall appeal compared with Toyota’s Sienna, which is more refined, or the Honda Odyssey and Dodge Caravan, which are more pleasant to drive. Note that Mercury says 2007 is Monterey’s final model year, which may mean deeper discounts. 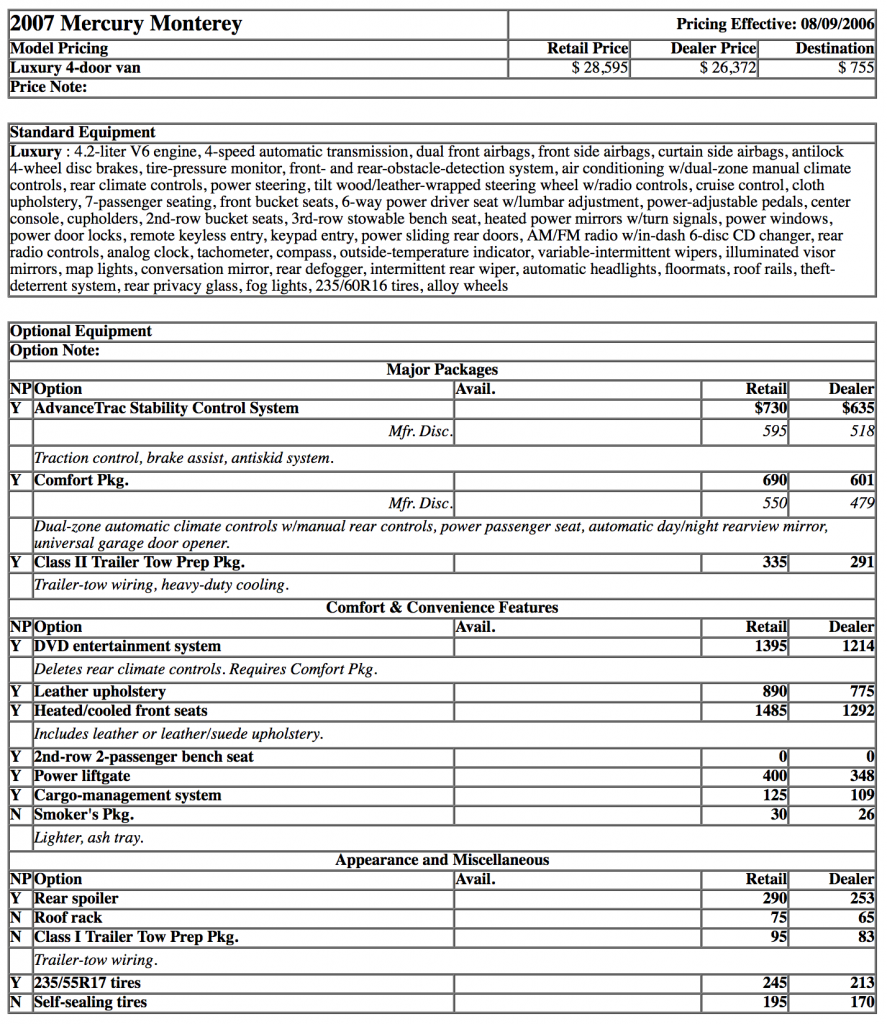 Mercury won’t offer another minivan, but showroom mate Lincoln will–sort of. Ford calls it a “people mover” and says the recent Fairlane concept is very close to what’s in store for model-year 2009. The basic vehicle will also be sold under the Ford brand, but won’t be called Fairlane. Both versions share the Volvo-derived D3 platform with the Mercury Montego/Ford Five Hundred sedans. Look for boxy styling, a lower and wider stance than the minivan norm, and standard three-row seating.