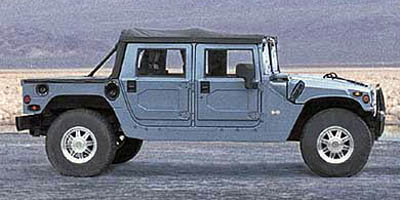 This military-themed SUV from General Motors’ Hummer division gets a new engine and transmission for what the company says is H1’s final model year.

Two body styles are offered: a 4-dr wagon and a 4-dr “open top” with a soft cover for the roof and cargo area. Both seat four people in two front bucket seats and two rear bucket seats. A 300-hp turbodiesel V8 engine and 5-speed automatic transmission replaces a 205-hp diesel V8 and 4-speed automatic. All H1s have 4-wheel drive that can be left engaged on dry pavement and includes low-range gearing. H1 is designated a Class 3 truck, and as such, it does not have to meet federal safety requirements. It has no airbags, but ABS is standard. 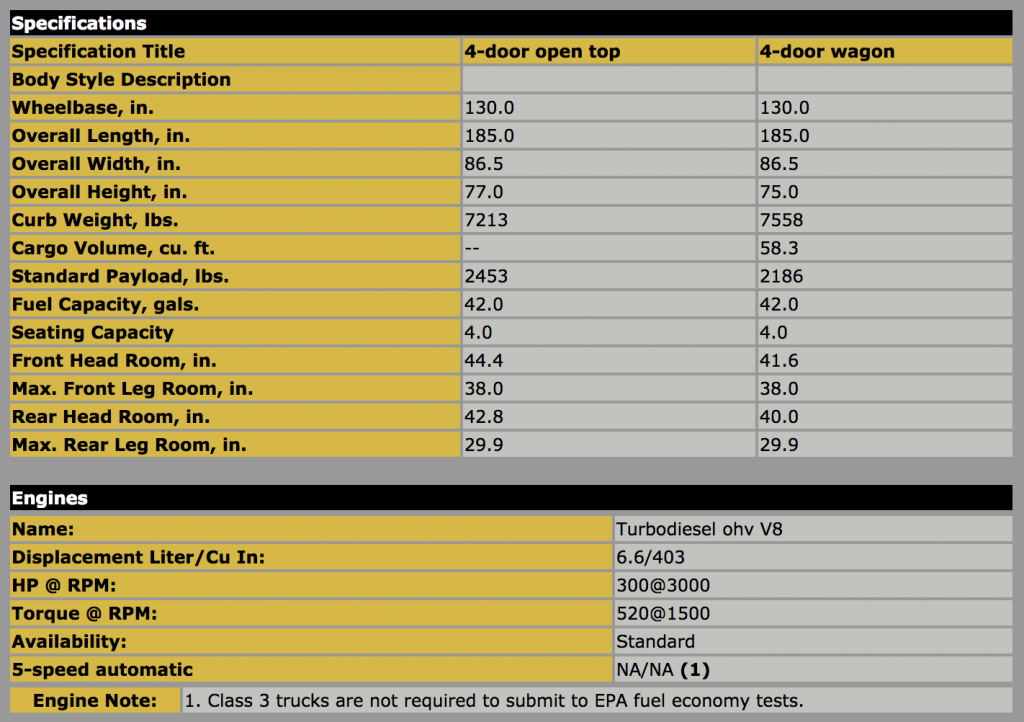 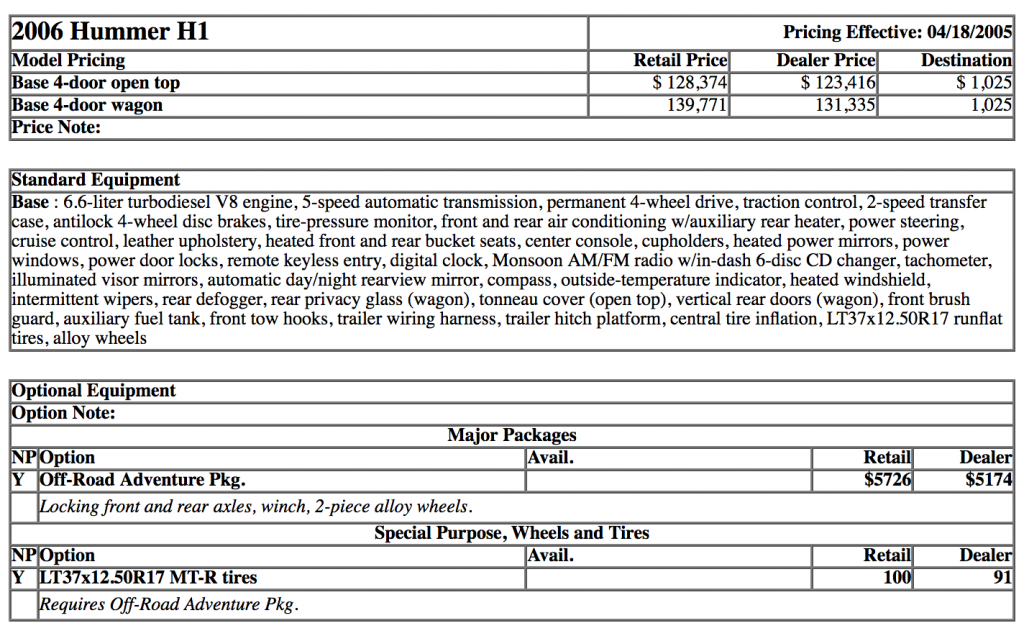 Maximum towing capacity is 9036 lb on the wagon, 9303 on the open top. General Motors recommends that you not tow more than 5000 lb off-road.

H1 production wound down in summer 2006, mostly due to fast dropping sales. No replacement is planned. Production of the military Humvee continues for the foreseeable future.