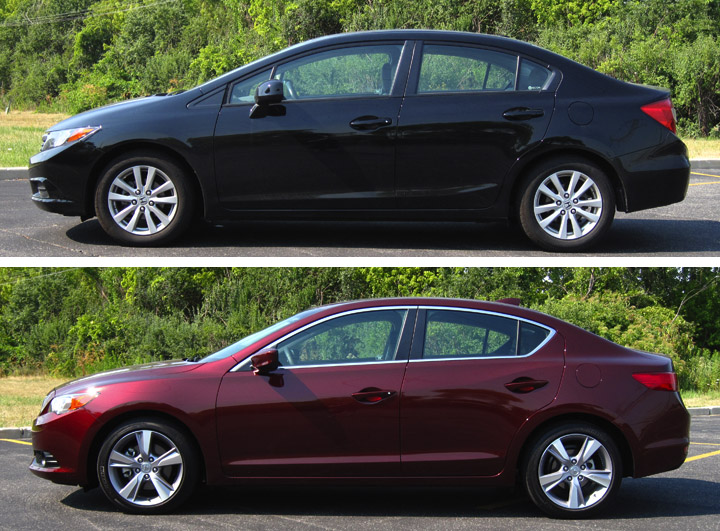 The 2013 Acura ILX (bottom) shares its basic platform with the Honda Civic (top). Significant upgrades inside and out give the ILX convincingly upscale character.

As volatile gas prices and environmental concerns continue to hold sway over new-car shoppers, more and more buyers are downsizing when they purchase a new vehicle. However, many upscale buyers don’t want to feel like they’re downgrading while downsizing. Auto manufacturers have responded with a new wave of compact cars that feature more upscale trimmings and high-end convenience features than ever before, and premium-brand automakers are introducing some of the smallest mainstream sedans they have ever made.

The 2013 Acura ILX is one example. The ILX is Acura’s new entry-level car, and we recently had a 2.4-liter model at Consumer Guide HQ as a test vehicle. The ILX is based on the current Honda Civic platform, and I was curious to see how it compared to its downmarket cousin. Luckily, we just happen to have a 2012 Honda Civic EX-L sedan long-term test vehicle in our fleet as well, so naturally we took the opportunity to snap some side-by-side comparo pics.

As our photos show, the ILX is definitely more than a halfhearted badge-engineering job. Check out our full ILX road-test review and our ILX First Spin report for more information. 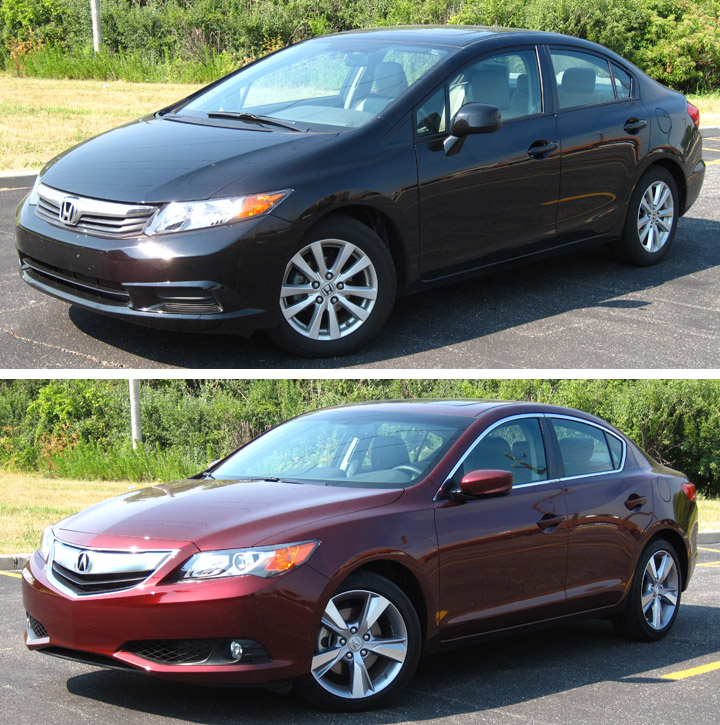 In profile, the most noticeable differences between the Civic and the ILX are the latter’s 17-inch wheels (vs. 16s on the Civic) and bright window trim. In addition to its richer color, the ILX body finish is of higher quality than the Civic’s. 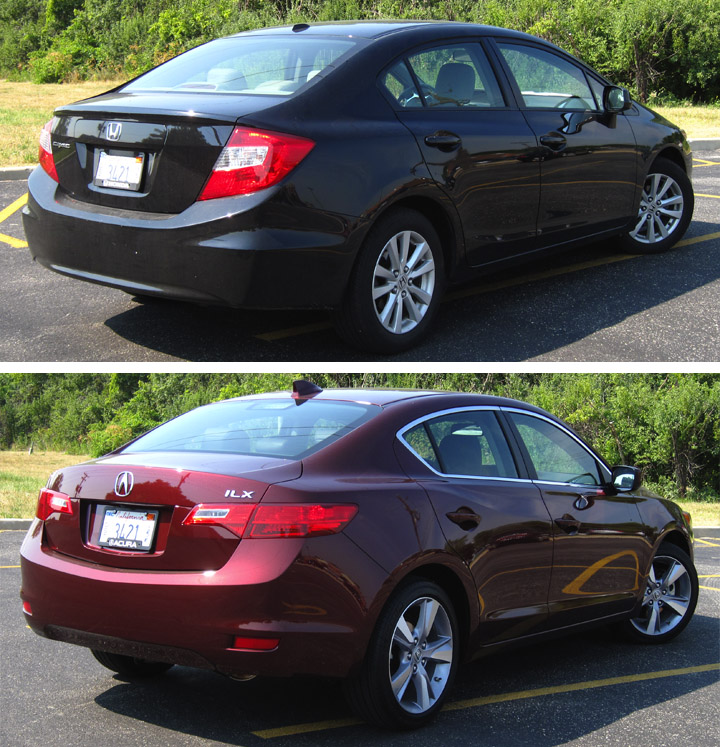 From the rear, the ILX’s sleeker taillights and more sinuously sculpted bodywork give it a sportier vibe than the Civic. 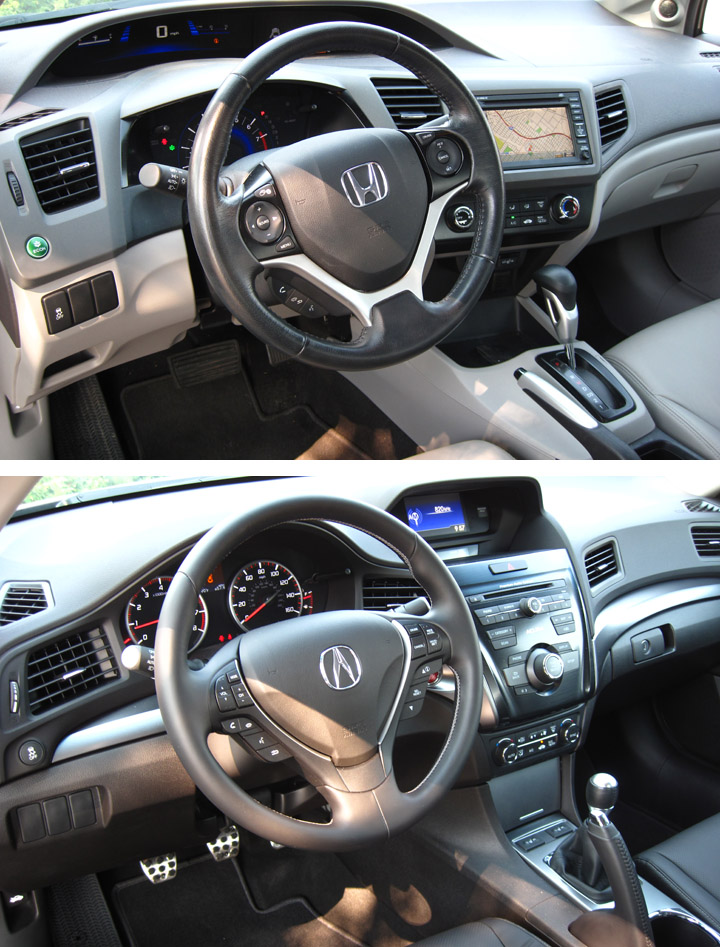 The ILX (bottom) eschews the Civic’s two-tiered gauge layout in favor of a more-traditional arrangement, with an analog speedometer and tach situated in a single gauge pod. The ILX’s interior materials are a definite step up from the Civic’s.