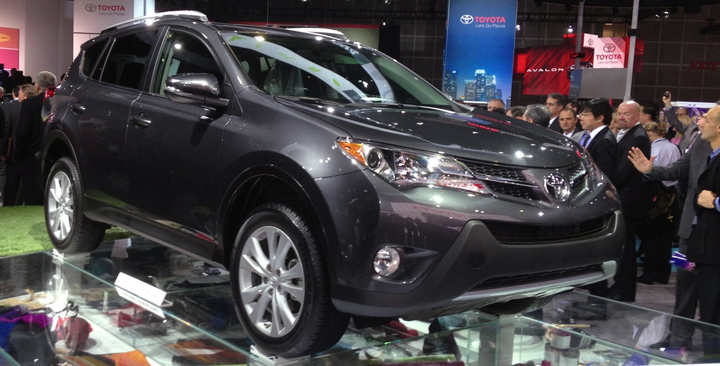 The original Toyota RAV4, which debuted in 1994, was one of the world’s first crossover SUVs. It was the pebble that started the avalanche. Since then, Toyota has sold more than 1.7 million RAV4s in the U.S. alone. The company hopes to keep the momentum going with the debut of the redesigned 2013 RAV4.

Entering its fourth generation, the 2013 Toyota RAV4 takes a somewhat evolutionary approach to its exterior design. It retains some of the familiar silhouette of the outgoing model, but the front and rear fascias are rather dramatically updated. Gone is the previous models’ side-opening tailgate; Toyota is replacing it with a conventional liftgate by relocating the spare tire underneath the cargo floor.

All models will be powered by Toyota’s corporate 2.5-liter 4-cylinder engine and a 6-speed automatic transmission. Front-wheel drive is standard, and all-wheel drive is optional. EPA estimated fuel economy for front-drive models will be 24 mpg city/31 mpg highway. Subtract 2 mpg from each figure for the AWD numbers.

The 2013 model will be available with some new safety features, including blind-spot alert and rear cross-traffic detection.

Part of the update includes a pared-down roster. Trim levels will include base LE, volume XLE, and top-line Limited. Among the things that do not make the cut for 2013 are the Sport trim level, available 3rd-row seat, and 3.5-liter V6 engine.

Toyota’s “Display Audio” system with a 6.1-inch touchscreen is standard. The XLE and Limited will have an optional navigation system that includes Toyota’s Entune infotainment system.

The 2013 Toyota RAV4 goes on sale in early calendar 2013. Pricing will be announced closer to the on-sale date.

CG Says: Toyota says they were the pioneers of the crossover SUV. It’s kind of ironic that the outgoing RAV4 had fallen a bit behind the times in terms of features and refinement. That makes this revamped model all the more important. We’re sad to see Toyota leaving the potent 3.5-liter V6 engine on the cutting room floor. Still, we understand the rationale behind that decision and look forward to putting in some time behind the wheel. 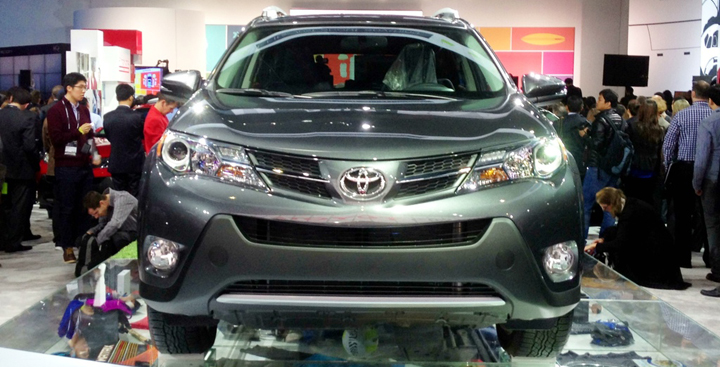 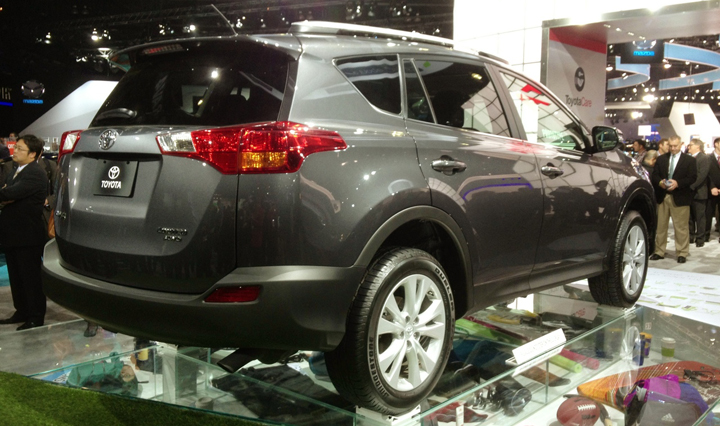