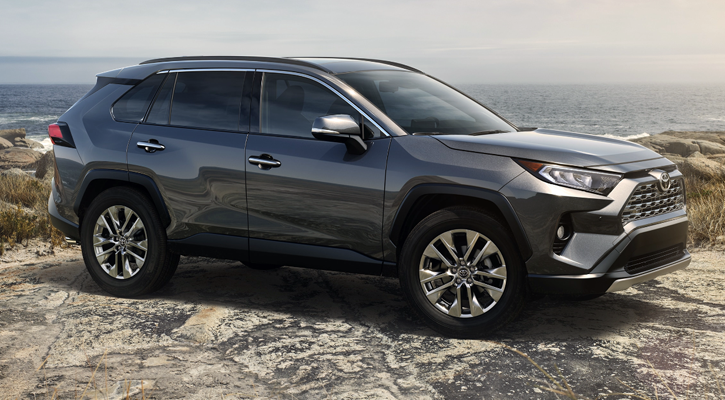 At the 2018 New York Auto Show, Toyota unveiled a redesigned version of one of the most important vehicles in its model lineup. The 2019 Toyota RAV4 gets a new platform, updated powertrains, a new top-line all-wheel-drive system, and new technology features.

The RAV4 moves to Toyota’s new TNGA (Toyota New Global Architecture) K platform, which the company says is 57 percent more rigid than the outgoing version. Overall dimensions change only fractionally, but the wheelbase is longer by 1.2 inches—this should slightly improve rear-seat space. Also improved is all-around visibility, thanks to a lowered beltline, larger rear-quarter windows, and relocated rearview mirrors.

Regular gas-engine and gas-electric hybrid models will continue; both utilize Toyota’s Dynamic Force 2.5-liter 4-cylinder as the core powerplant. The gas engine is paired with an 8-speed automatic transmission, while the hybrid powertrain uses an electronically controlled continuously variable transmission (CVT). Toyota has not yet released horsepower or fuel-economy numbers for either of these powertrains.

In addition to front-wheel drive and the base all-wheel-drive system, the gas-engine RAV4 gets a newly available AWD system: Dynamic Torque Vectoring All-Wheel Drive with Rear Driveline Disconnect. This system can send 50 percent of the engine’s torque to the rear wheels, and distribute it to the left or right rear wheel for optimal traction. It can also decouple the rear wheels when extra traction isn’t needed, thus reducing energy loss and improving fuel economy. 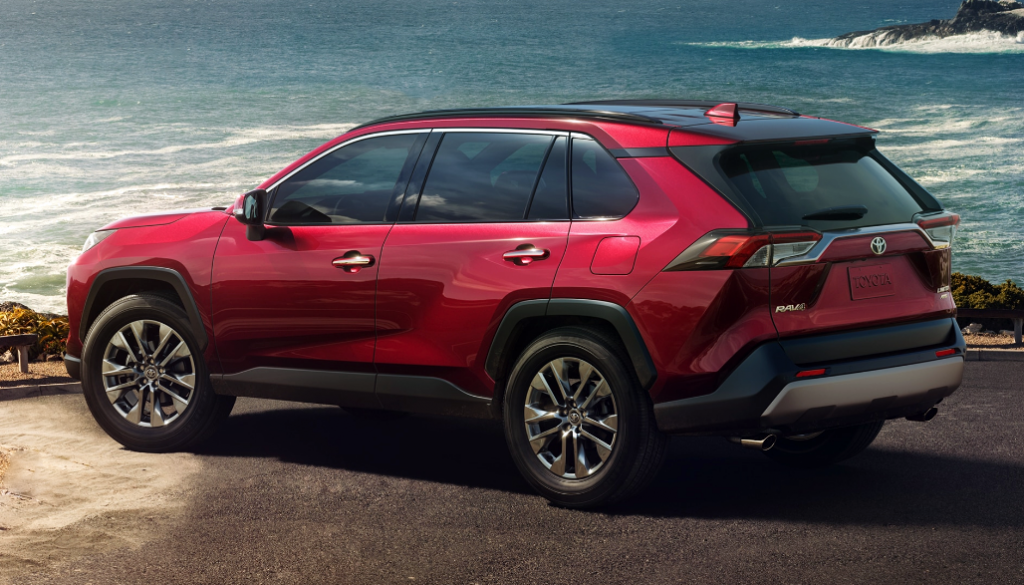 All gas-engine RAV4s equipped with all-wheel drive also get Multi-Terrain Select, which allows the driver to chose specific settings for snow, mud, sand, or rocks.

RAV4 Hybrids get an AWD-i system that supplies power to the rear wheels via the hybrid system’s electric motor.

The luxury-oriented RAV4 Limited comes equipped with upscale trim such as 19-inch alloy wheels, chrome accents, and a new Digital Display Rearview Mirror that integrates a rearview camera display at the flip of a switch. Optional features include a panoramic sunroof, ventilated front seats and heated rear seats, and a hands-free power liftgate.

Toyota says the new XSE Hybrid is the quickest and best-handling model in the RAV4 lineup. It gets unique sporty trim and a sport-tuned suspension with stiffer shock absorbers and springs.

The Toyota Safety Sense 2.0 suite of features is standard equipment on all RAV4s; it includes forward collision warning system with automatic braking and pedestrian detection, adaptive cruise control, lane departure alert with steering assist, and automatic high-beam headlights. Also included is Toyota’s new Lane Tracing Assist, which provides lane-centering steering assistance by recognizing white or yellow road-lane markings or the path of a preceding vehicle, and Road Sign Assist, a system which reads road signs and can display appropriate warnings via visual and audible alerts. Available multimedia features include Qi wireless device charging and up to five USB ports between the front and rear seats.

How popular is the Toyota RAV4? It’s the best-selling vehicle in Toyota’s lineup, and the best-selling vehicle in America that’s not a pickup truck. The stakes are high here, and Toyota is not about to mess too much with a good thing. The styling looks a bit “tougher’ than before, but there are no big surprises here—the 2019 RAV4 looks to be a smart update of a very successful vehicle, with a bit more variance added between models to enhance its “something for everyone” appeal.